The Bay Area is well-acquainted with boom and bust cycles, and while it’s too soon to declare that the tech economy has turned, recruiters see early indicators that it’s happening.

Indeed, a handful of job placement executives confirms what recent headlines about layoffs already imply: The market is softening for numerous sectors of the startup world, as well as at publicly traded tech companies. (See chart below.)

It hasn’t always been this way. Until recently, recruiters have been working fast and furiously to place a whole range of executives.

Numbers from California’s Employment Development Department illustrate part of the story. In October, for example, the Bay Area accounted for 40 percent of all job growth in California, even though it represents less than 20 percent of the state’s population.

Data in December only hints at a shift, with the overall number of employed Californians down just 10,000 from November, according to the same state agency.

“I think what we’re seeing is bigger than a small correction,” says Paul Gomory, an executive recruiter who’s been placing C-level professionals for more than 30 years and seen his share of cycles. “Everyone thinks it will be different this time, but it never is.”

The resumes beginning to show up in recruiters’ inboxes vary, but they say a growing number are from business development and corporate development executives. Teri McFadden, VP of recruiting at Norwest Venture Partners, believes a slowing funding environment is largely to blame.

“I think companies that had planned to grow through acquisitions don’t have the war chest they thought they would,” she says; it’s leaving those professionals with a lot less to do.

Ali Behnam, cofounder of the 15-year-old, San Francisco-based placement firm Riviera Partners, echoes McFadden’s observation, telling us that when it comes to business development specifically, “I think people are more cautious in terms of hiring for those specific roles because they cost money to make money.”

There are other roles whose outlook looks cloudier suddenly, too.

As the public market cools, for instance, demand for executives with public market experience is abating. Though McFadden says she’s “not seeing the wholesale shutdowns or layoffs” in Norwest’s portfolio, she’s aware of some “belt-tightening,” including companies that are “delaying hires like [bringing aboard] CFOs with public company experience and deciding instead to stick with their private companies’ VPs of finance for now. You’re seeing that decision get pushed out another 12 months.”

Recruiters themselves may face issues. “Good recruiters will continue to have opportunities,” says McFadden, who spent the late ‘90s as a recruiter for Accel Partners. “They won’t be able to raise their fees as they have in the last couple of years, though,” she says.

Public relations firms — which have been charging their mid-size tech clients anywhere from $15,000 to $50,000 a month — may also feel the sting soon, says a separate source who asked not to be named but tells of at least one name-brand PR firm that recently lowered its retainer.

That’s saying nothing of “lower performers” who are being “managed out,” as notes Mark Lonergan, founder of his own, 14-year-old, Redwood City, Ca.-based executive search firm, which caters to both venture-backed and public company clients.

“Companies aren’t replacing staff when staff goes away, either.”

Fortunately, there are some bright spots.

For his part, Behnam says he doesn’t “see anything slowing in the engineering world. Those guys are still in high demand.” (Benham also says he has been through the 2001 and 2008 downturns, and that “this doesn’t feel like those – yet.”)

Top executives are also still highly desirable, unsurprisingly. “I’m looking for the top five percent, and those guys and gals have a job if they want one,” says Gomory.

“Portfolio CEOs are still complaining about the war for talent,” adds McFadden. “That may change,” she notes, “but well-qualified people won’t be at a loss for a job.”

Benham also says employees of public companies that once had “sky-high valuations” are “now more open to hearing about opportunities.”

He notes that employees at LinkedIn “aren’t feeling as flush” after the company’s stock was recently hammered. (It fell more than 40 percent earlier this month; the shares, trading currently at $117 apiece, have recovered only slightly.)

Lonergan seems less certain how that trend will play out, however. The problem, he says, is, “Where are these people going to go that offers the same level of compensation?”

Public company employees don’t have it so great right now, Lonergan acknowledges. In addition to plummeting share prices, pay packages at tech companies are shrinking — by a somewhat surprising 20 to 25 percent from early 2015, he says.

Even still, Lonergan says he thinks it unlikely that many public company employees will jump into venture-backed outfits unless forced out the door.

“With private valuations falling more quickly than public ones, it’s just hard to see where these companies are going.” 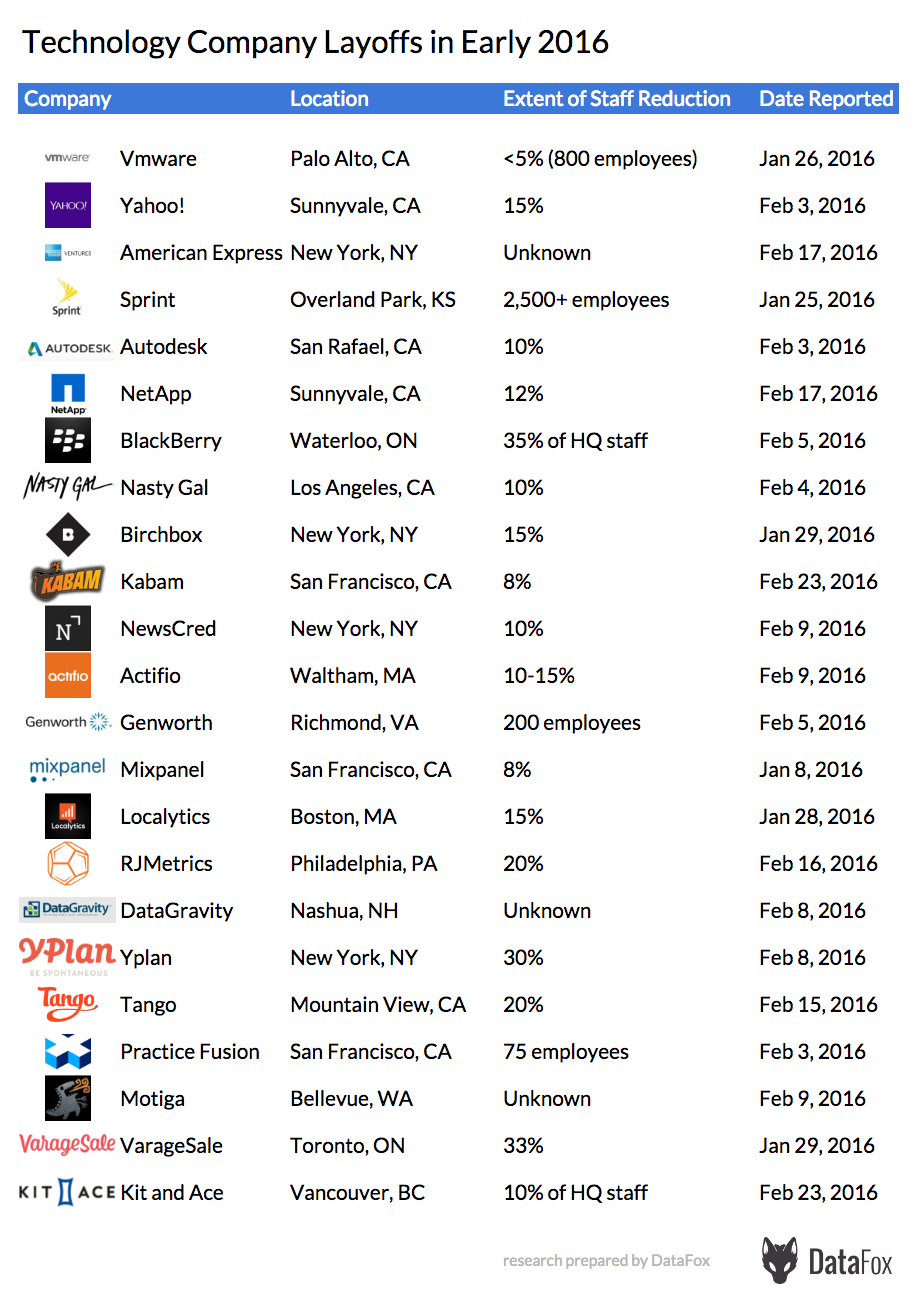