The creators of a buzzy but controversial mobile game called Stolen, which let users buy and sell Twitter profiles as if they were trading cards, proactively shut their application down after responding to criticism that its game mechanics allowed for abuse and bullying. The company then revamped its concept, taking into consideration the opinions of anti-bullying experts, to release a kindler and gentler application called Famous, which instead focuses on fans giving love (in the form of hearts) to their favorite friends, celebs, and brands.

Now Apple has pulled Famous from the App Store, saying it doesn’t want apps that assign people numerical values in its App Store. That decision, which may not be reversed anytime soon, will have the startup focusing on building its web and Android versions instead.

Coincidentally – that is, not as a result of the Apple ban – the company behind Famous has just acquired the team behind Zoute, the transit application built by mobile developers Hai Le and Li Li, previously of the early location-based service Loopt, acquired by Green Dot.

Le says that while Zoute’s goal was to make it easier for people to access real-time transit data, the company’s business model involving selling to government and transit authorities was too slow of a sales cycle for them to continue in their pre-revenue, un-funded state.

The two founders had already been working for San Francisco-based Hey Inc., the makers of Famous, having been contracted to develop its Android version from scratch. 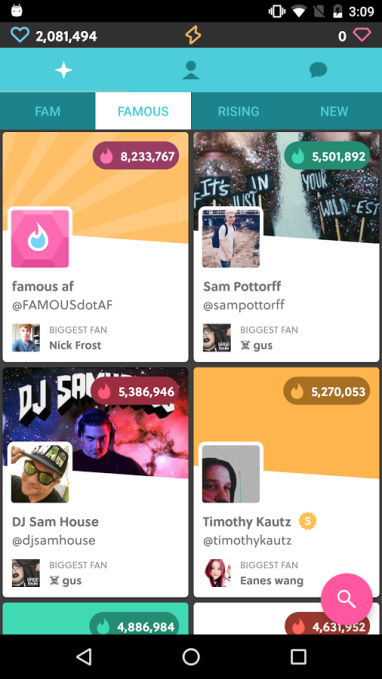 It made sense for them to join the team full-time, says Hey Inc. CEO Siqi Chen, as they were already doing the work.

What he didn’t bet on at the time of making the offer was that the Android application may end up being the only native mobile version of Famous on the market.

In case you missed the controversy surrounding the launch of Stolen, the app was criticized for providing a platform for bullying and harassment. While the idea was to create a fun sort of Twitter stock market application, the terminology around “buying” and “selling” people as if they were commodities rubbed many the wrong way. 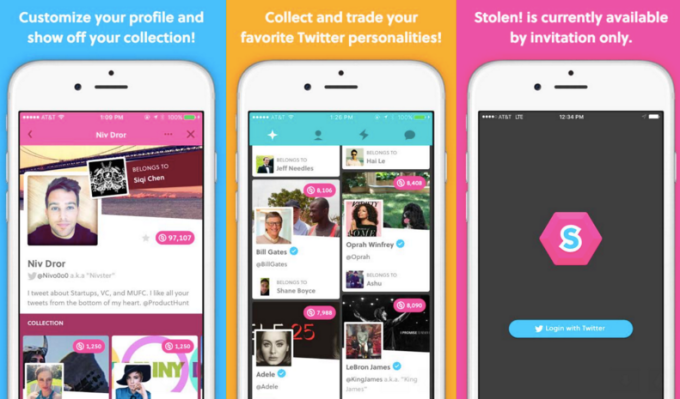 Another larger problem was that people could buy and trade profiles of those who hadn’t agreed to participate in the game. These profiles allowed for commenting without their consent either, which made Stolen an ideal platform for potential abuse.

Though Stolen had grown to some 40,000 players – good numbers for an early launch – the company chose to pull it from the App Store to rework its core functionality, and make it less of a stock market app where bullying could take place.

“Our goal with taking it down…has just been to make sure we stop what is happening — that we stop the harm, real and perceived, that people are getting from the existence of our product,” Chen told The Verge at the time he pulled the product from iTunes.

“We didn’t spend hours and months, sweat and tears to build something like this and have people see it this way. This is not who we are.”

In the revamped version called Famous – which also received feedback from game developer and GamerGate bullying target Zoe Quinn, who reached out to offer support –  users don’t collect people. They send them “hearts” instead. If you send the most hearts, you get to rank as someone’s biggest fan on their leaderboard. The idea is to show people you’re their most loyal fan, and hopefully in the case of big-name celebs – get their attention.

Like Stolen, Famous still uses Twitter profiles for the basis of its fan interactions, but now only those who download the app and play the game will be able to send and receive hearts.

Chen says that though it had only been live for a couple of days, Famous already had a few bigger-name participants, including a couple of famous YouTube stars with more than a million followers, brands like Airbnb and Product Hunt, and Linkin Park’s Mike Shinoda. Quinn also has a Famous profile.

For celebs or brands, Famous could serve as a way to discover their most engaged fans or customers out of what could be millions of Twitter followers.

Unfortunately for Chen, days after launching Famous, the app was pulled down by Apple.

According to conversations between Chen and Apple reps, the app violates section 14.1 of the App Store Review Guidelines.

That’s the section where Apple says:

Any App that is defamatory, offensive, mean-spirited, or likely to place the targeted individual or group in harm’s way will be rejected.

In follow-up conversations, Apple explained to Chen that the issue is with apps that assign a numerical value to people.

“Either positively or negatively, assigning or rating people with numerical values is not appropriate for the App Store,” says Chen. “We’re trying to figure out what that means because aren’t really doing that in our product…people are sending fan love to people and making them more famous.”

What’s odd about that decision is that there are already apps that assign people values that are live today on the App Store, including Klout, which scores people based on their social media presence. One could also argue that any fantasy sports application has an element of ranking people as well.

That means Apple is really making more of an editorial choice with its Famous ban.

It’s unclear at this time if Apple will reverse this decision, which makes the timing of the Zoute acquisition more fortuitous. Famous will need to build an Android following in order to maintain its growth trajectory and revenues.

Chen describes the Zoute acquisition as a stock transaction, and a talent deal. Zoute’s app is immediately shutting down.

The Android version of Famous has been in beta, but the official release on Google Play lets users purchase hearts as they could iOS.

A web version – which may need to be mobile-optimized for iOS users, as it turns out – is also in the works.

Hey @AppStore, no shade but #YoureGonnaMissMeWhenImGone.