Imgur is Internet dude paradise. The underhyped image sharing and commenting community has 150 million active users and saw 900 billion page views in 2015. Thanks to silly GIFs, science experiments, cute cats, and crazy inside jokes, Imgur has become the #1 web destination for millenial men according to comScore. Now it’s time to turn the adoration of that army of guys into a real business. 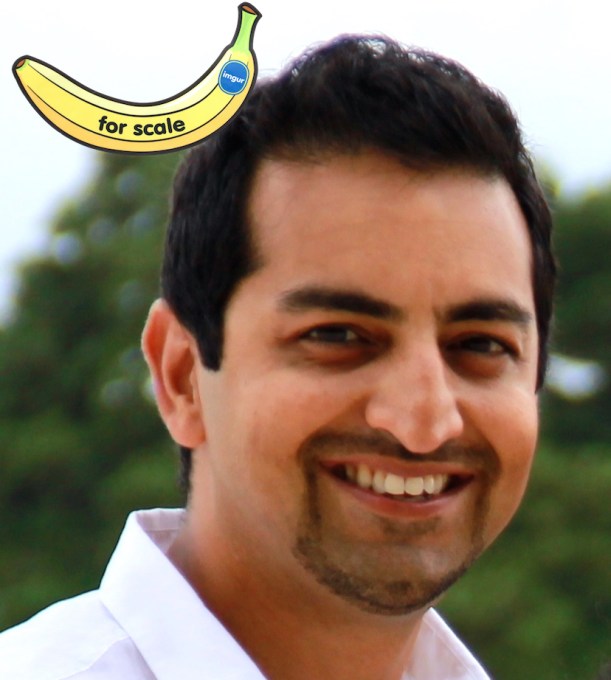 After years of founder Alan Schaaf running everything including its burgeoning sponsored content ads, the company has hired a Chief Operating Officer. Roy Sehgal will take over finance, marketing, sales, biz dev, and HR so Schaaf can do what he does best: product, engineering, and community.

Back when Imgur was just an unmonetized, bootstrapped website, that was all Schaaf did. But it finally raised $40 million in 2014 to pay for hires like this. Now Schaaf will have an experienced manager to build out the business and company. Sehgal says “You can point to people like Mark Zuckerberg and Sheryl Sandberg as the epitome of a great partnership. If we can emulate a relationship like that, I think we’ll be doing an incredible job.”

Sehgal was formerly the head of corporate development at Atom Entertainment, which he helped get acquired for $200 million by Viacom in 2006. He then became a General Manager and VP at Zynga back when Zynga was actually a good company. His teams’ products saw 10 million daily actives and $100 million in annual revenue. Recently he’s been an angel investor and advisor to YouNow, Shyp, Managed By Q, and Homebrew fund. 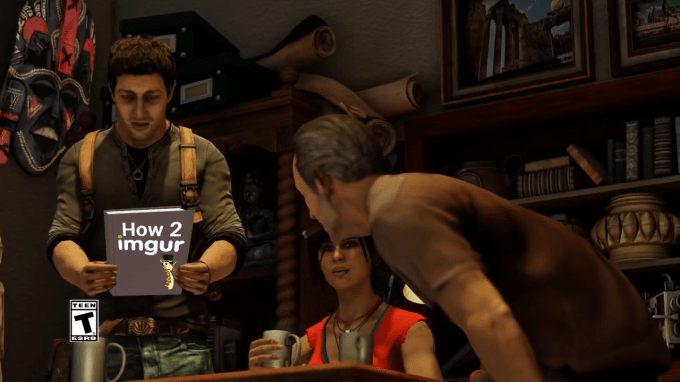 Part of PlayStation’s Imgur ad for its game Uncharted

When I talked to Sehgal and Schaaf, it became clear how complementary their personalities are. Schaaf is raw, dreamy, full of passion for a community that mirrors him — a somewhat strange but lovable nerd that’s easily excitable. Sehgal speaks clearly and definitively, strong with logic and rigor, a quintessential business executive but with a soft-spot for play and sentimentality. 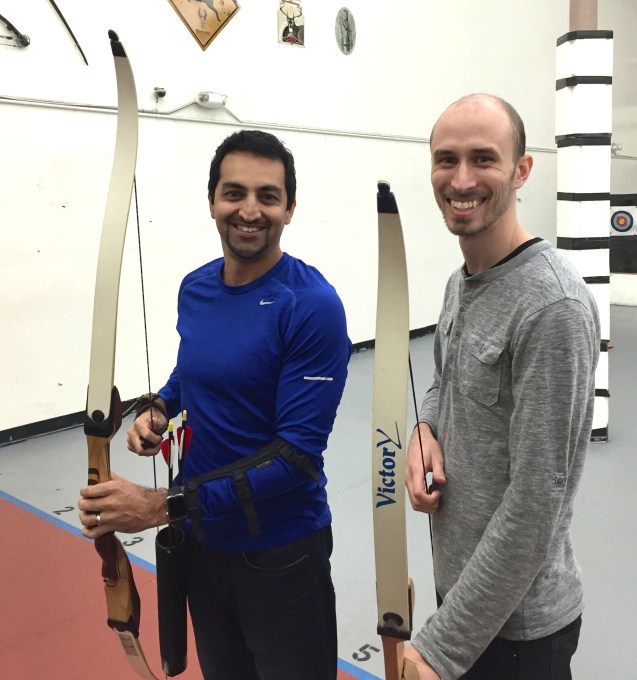 Schaaf says Imgur’s mission is to “lift the world’s spirits for a few moments every day, by experiencing things that make you laugh, make you feel smarter, make you feel supported or even inspired so you walk away feeling better.”

How? Sehgal explains that his strategy is “Hypothesis-driven.” It’s about coming up with an idea and letting creativity forge into a product, then aggressively using data to measure and tune its impact. But he’s not just running the Zynga playbook, where sources say they called creating virtual goods “cooking crack” and that “numbers were God”.

Sehgal is aware of how mining entertainment out of other social networks full of highlight reels of people’s lives can make people feel insecure, even if the platforms earn lots of money. His acknowledgement that the wrong type of community can lead to “a lot of sorrow and regret because people portray illusions of themselves” convinced me he’s the right guy for the job.

His biggest challenge will be scaling up Imgur’s ad business, which sees brands like MTV and eBay create their own Imgur content. These aren’t hard sells. They’re actually enjoyable content, like Old Spice making insanely manly GIFs, or Budweiser showing off cakes people could give their designated drivers like the one below. So far, Imgur’s community has been remarkably receptive to the ads because they adhere to its zany culture. Sehgal will have to figure out how to retain that tone even as Imgur brings in more advertisers with less flexible brands. And eventually, he’ll have to help it exit by IPO or acquisition.

It’s a pivotal moment for Imgur. Suddenly the world is embracing the weirdness it’s collected since 2009. “Star Wars is at the top of the list for highest grossing movie along with Guardians Of The Galaxy” Schaff beams. “Internet or geek culture is becoming mainstream, and that’s exactly the audience we have.” All Imgur has to do to win is avoid doing anything Socially Awkward Penguin-worthy. Reddit, I’m looking at you.