A year ago, SoftBank teamed up with IBM to bring its supercomputer Watson to Japan. Now Watson has learned enough Japanese for developers to take advantage of its new skills.

The two companies launched six Japanese APIs today. In addition to speech-to-text and text-to-speech services, they include:

Natural language classifier: to create apps that can decipher intent and meaning when questions are asked in different ways

Document conversion: turns content in different file formats, like PDF, Word, or HTML, into formats that can be understood by other Watson services 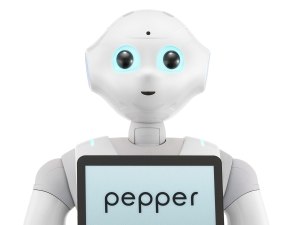 Watson’s most high-profile achievement since IBM and SoftBank announced their partnership is probably making Pepper, SoftBank’s humanoid robot, act more human. The new APIs will allow other developers to tap into Watson’s powers for their own applications and potentially help IBM make more in-roads into the Japanese market.

In a press statement, SoftBank president and chief executive officer Ken Miyauchi said “Since forging this strategic alliance, we launched the local IBM Watson ecosystem program in October 2015, formally selecting over a dozen ecosystem partners. We are also looking forward to introducing Watson internally, so we can propose various solutions and use cases to customers based on our own experience.”