Who hasn’t seen someone ride one yet, or heard of their self-ignition capabilities? As active investors in hardware startups and at the forefront of the craze in Shenzhen where most of the world’s hoverboards are born, here is our take on the phenomenon.

1. The Market Is Faster Than Our Language 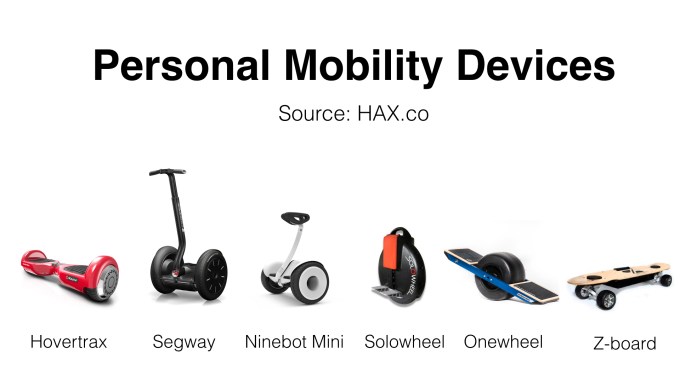 Hoverboard? Smart scooter? Self-balancing board? Mini-Segway? These devices boomed even before we could agree on a name. There are now a variety of electric personal mobility devices that are getting mixed up:

PS: If you are looking for real hoverboards, check Hendo and Lexus. The Lexus tends to require superconductors, a magnetic track, and liquid nitrogen and their products are not quite ready for consumers. But hey, they do hover for real!

The bar to avoid commoditization is getting higher and higher. It is a strong warning sign for hardware startups. Due to this, over half of HAX investments in 2015 were in startups with significant IP in science (e.g. Revols with its quick custom-fit earphones. They raised over $2.5M on Kickstarter), software (e.g. Simbe robotics with its retail inventory robot Tally), or community (like CHIP, the world’s first $9 computer which gathered 40,000 backers in a month on Kickstarter).

3. Inventing is Only Half the Battle

Protecting and commercializing inventions is just as hard. The first known hoverboard device was called the “hovertrax”. It was invented by Chinese-American Chen and sold via his company Inventist. Unfortunately, Chen acknowledges he is not a very good business person and not very good at marketing. His product inspired the “Chinese versions” with modified internals and much lower prices. Chen was inspired by the decade-old Segway, which itself built upon the research by Prof. Kazuo Yamafuji who filed a patent in 1986. It took 30 years from the lab to consumers.

Getting to market alone is not enough: you have to do it fast, at scale and at a good price to prevent fast followers from beating you. The market is really taking off now because many components have dropped in price and you can now get a self-balancing thingy for $200-$300 instead of the $6,000 or so a Segway used to cost. To respond to this challenge with our own hardware startups, we launched a new program in San Francisco focused on global sales and distribution.

No clear inventor and no enforceable patent could be found for the Shenzhen versions so far. As a result, they seem to be de-facto public domain. This situation allows fast iterations by involving many different people and factories. The renowned pro maker Bunnie Huang calls this the “network view of IP and ownership“. Interestingly, this runs opposite to “Xiaomization” (the approach by smartphone giant Xiaomi of commoditizing some product categories by investing in a “winner” and offering it close to cost). This aggressive approach brings innovation to a crawl as instead of several players competing and generating profit to improve products further, only Xiaomi can stay in the game.

There are now hundreds of factories making hoverboards in Shenzhen. Factory owners need to be extremely reactive to trends as a matter of survival. They are able to modify their production lines on a dime to churn out new products. Hoverboards showed how fast, nimble and high-tech the Shenzhen supply chain is. Were the hoverboards factories making tablets or selfie sticks last year? What will be next year’s hot product?

When TechCrunch editor Josh Constine tried his first hoverboard in January 2015, his comment was “The Hovertrax squarely lands in the “fun to ride for five minutes at a gadget conference, insane to buy” category.” – that model was about $1,000. While this was already much cheaper than its Segway cousin, who at that time could say “it’s going to be huge”? Sometimes what you need for a hit is just a massive price drop.

Interestingly, some key use cases had already been identified: “their representative told me they’ve seen it bought for kids as a toy, for adults to travel long indoor distances like at airports, and for work to jet around warehouses”.

Despite the fires and blame game going on, we have to remember that factories tend to give you what you pay for: from Apple quality to the cheapest and most unreliable junk.

Fire! Walk with me.

Most problems come from low-quality batteries or damage inflicted to them. Importers and brands who bought faulty devices either were tricked, did not bother to check, directly asked factories to cut corners, or simply told factories to “do what they need to do to deliver”. Factories then resorted to using cheaper or even fake parts, and expedited testing. Yet, even the latter “plausible deniability” approach won’t protect brands from judges. Even with certified parts, the lack of clear standards for the complete device also contributed to the situation. Let’s note however that electrical compliance (fires) is distinct from usage safety (whether you can fall, etc.).

So far only Amazon announced a full refund policy for hoverboards.

Short term gains have been made by factories, importers and retailers. Due to the intense competition, it is likely factories had the lowest margins. As the dust is settling it is possible that many factories and some retailers will end up with unsold inventory due to consumer wariness, and finish their run with a loss as only the reliable brands keep selling.

One winner though not yet firmly on US shores seems to be the company Ninebot, the new owners of Segway. Their Ninebot Mini device has been performing well and their pursuit of quality has helped establish a solid reputation in China already.

Time will tell which will become the hoverboard you are looking for!

8 lessons from hoverboards from HAX