Mobile World Congress, the biggest tradeshow specifically focused on mobile, kicks off in just over a week’s time in Barcelona so here’s a quick rundown of some of the big hardware-focused announcements we’re expecting to land during the best part of a week of fully mobile-focused news…

The big reveal for Samsung will be shiny new additions to its Galaxy flagship smartphone line-up — with a new S7 and S7 Edge (its curved-edge screen variant) expected. Leaks suggest the new flagships will have pressure sensitive screens — a la Apple’s 3D Touch addition — plus faster charging via a new USB Type-C port, camera enhancements and beefier chipset hardware. It’s possible the company might also have a rethink on last year’s (unpopular) decision to remove the microSD card slot from its flagship. Android fans will surely hope so.

In addition, the teaser invite to Samsung’s pre-MWC press conference places plenty of emphasis on VR. So we’re expecting some substantial news around its Gear VR platform too, likely linked to the new flagships — so perhaps some new VR capabilities baked into the new flagship phone hardware to give buyers an incentive to pick up not one but two new bits of Samsung kit this year. 2016 is the year of the great VR reboot so Samsung will be aiming to capitalize on the hype. And while full-fat gaming VR headsets such as the forthcoming Oculus Rift are going to be too expensive to be mass market, Samsung’s Gear VR platform offers a mid-priced option that repurposes existing smartphone hardware to deliver a degree of digital immersion — letting people dip their toes in the VR waters without upending their piggybank to do so.

South Korea’s LG has had to play second fiddle to Samsung for years but that doesn’t mean it’s not going big on MWC announcements. The company will be unboxing its latest flagship, the LG G5, at an event on Sunday afternoon — admittedly a few hours before Samsung’s big reveal so that the LG G5 can have its own moment in the limelight.

We already know the G5 will include a touch-enabled case — thanks to LG PRing this tidbit already. The case will let users take calls, check the time/date and notifications without having to flip it open to get to the screen, thanks to the phone having an always on display. The case is reminiscent of HTC’s Dot View case, released with its flagship HTC One M8 smartphone back in spring 2014. As they say, imitation is the sincerest form of flattery…. 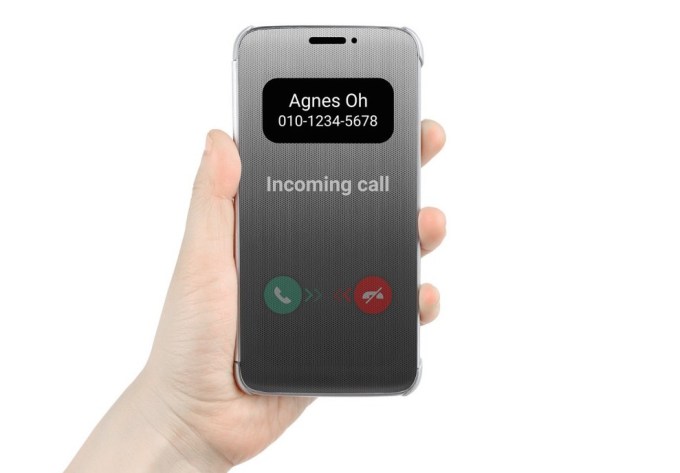 What else do we know about the LG G5? Rumors suggest a metal unibody design, which would be a step up from LG’s typical plastic design; a fingerprint scanner (and possibly iris scanning tech); and dual camera lenses on the rear, which would be another ‘inspired by HTC’ moment.

Unlike in MWCs past we’re not expecting much in the way of new flagship smartphone hardware from Taiwan’s HTC, which is not holding a fully fledged press event at this year’s show. Given how much the company has struggled to turn its phone fortunes around in recent years this is not a big surprise. Last month CEO Cher Wang even said that VR is now “more important” for the company than phones. So HTC’s MWC announcements are going to be focused on its forthcoming Vive VR headset, which it’s building in partnership with games developer Valve.

We already know the Vive headset is due to ship from April, with pre-orders starting later this month, but we’re expecting the company to take time at MWC flesh out a few more details about what will be in the Vive box — and specifically disclose a very key bit of intel: the price. 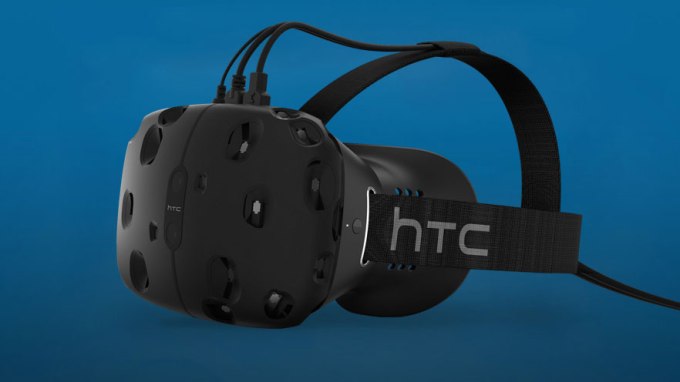 China’s Huawei may not have the brand glamour of Samsung but it’s been making some steady marketshare gains in recent times, according to analysts. At MWC the company has a press event scheduled for the Sunday afternoon where it says it will be unveiling “a brand new Huawei device that will meet the demands of the next generation of mobile innovation”. It’s possible this will be a new flagship smartphone — aka the Huawei P9, successor to last year’s P8. The company also has a line of mid-tier devices, and makes smartwatches too. So plenty of hardware options here.

Ah who doesn’t love a wildcard. In years past the Nokia press conference was a staple of the pre-MWC hardware press conference circuit, given the company was the foremost force in mobile for multiple years. But since Microsoft acquired Nokia’s mobile making division normal service has been disrupted. However, from this year, Nokia regains the ability to stick its own brand name on smartphones again — so it’s possible we could get a hardware-related announcement at its MWC presser again this year. 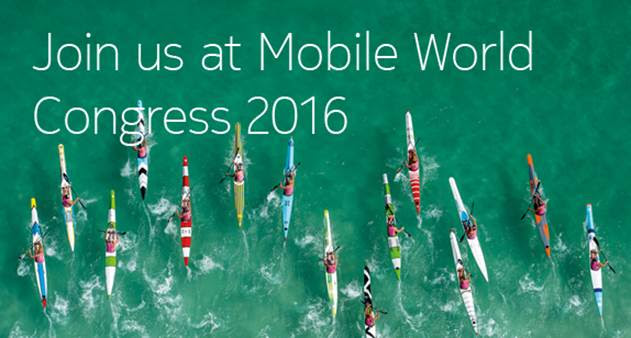 Or it could unveil a new 5G basestation (or similar) — given networks is a core division of the remaining company. Nokia has already announced it’s launching a network security management center for operators at the show this year, for example.

Albeit last summer Nokia’s CEO Rajeev Suri confirmed the company’s intention to design and license handsets in 2016 — assuming it can find the right partners to power a return to the phone market. And it has already worked with Foxconn to put out an Android tablet (the N1), which it was showing off at MWC last year. So we’ll soon find out whether it’s expanded that strategy to smartphones now too. If it has, it’s really taking the bull by the horns by directly clashing with Samsung’s Sunday evening press event timing. So it will either be a very bullish return to smartphones for the former world number one mobile maker. Or a ‘nothing to see here’ networks-related presser… Either way, TC will be on the ground in Barcelona to find out.

China’s smartphone upstart Xiaomi will be holding a press preview of its forthcoming Mi 5 flagship smartphone at MWC on the Wednesday, on the same day as it holds a launch event in Beijing. It’s not being coy about this, with its invite to the event explicitly stating the Mi 5 name… 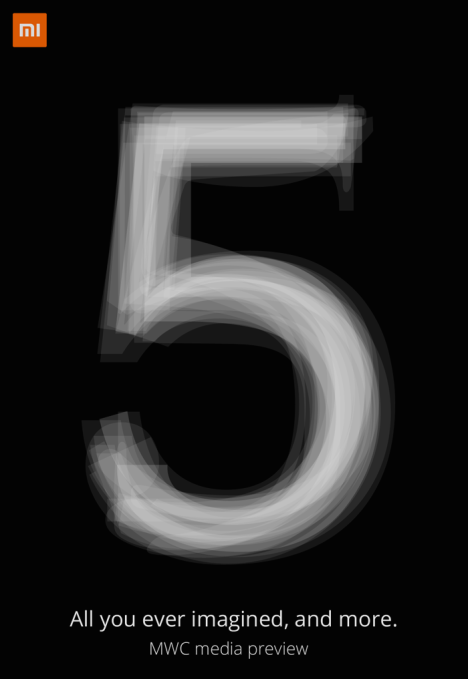 What else do we know about the Mi 5? Xiaomi global VP Hugo Barra confirmed last month in a tweet that it will have a Qualcomm Snapdragon 820 processor.

He’s also tweeted a sneak peek at the homescreen — which includes what looks like support for dual SIM with two signal bars up top, plus NFC support:

As with many an Android OEM Sony has had a pretty tough time standing out in the crowded smartphone space. So while it will be holding a press conference at MWC it’s more of a low key affair, scheduled for the Monday morning like last year (when it had a tablet with a bluetooth keyboard and a new mid-range handset to show off). Expectations for Sony’s 2016 MWC announcements are a grab bag of guesses at this point. Perhaps some new Xperia tablets. Or an update to its wearables line. A seriously cutting edge flagship Sony smartphone is far less likely at this point. 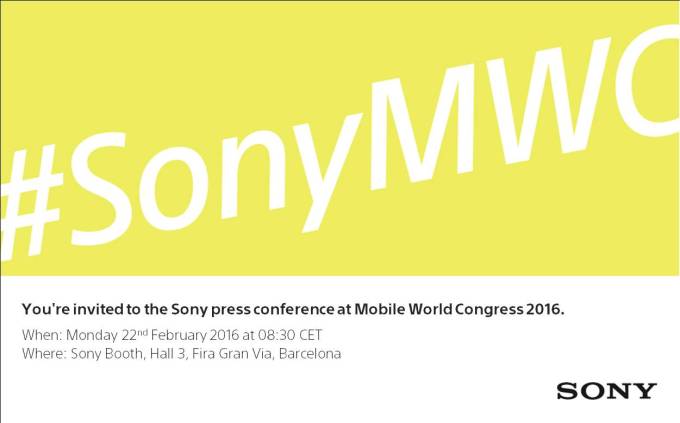 We’re not expecting any major news from Redmond at this year’s show given it’s all but retrenching from smartphones, with continued job cuts to its mobile making division under CEO Satya Nadella. In its latest earning report, Microsoft noted it sold just 4.5 million Windows Phone in its Q2, down from 10.5 million in the year before quarter, with phone based revenue declining 49 per cent in constant currency… Ouch. So expect a very low key presence from Microsoft this year at the world’s biggest mobile show.

Another former mobile giant that’s been cut to ribbons by the dominance of Android is BlackBerry. The company formerly known as RIM released its first Android powered smartphone, the Priv, last fall. A touchscreen slider that took a cake-and-eat it approach to smartphone input options. There are rumors it has a non-slider follow up in the works; i.e. a full Qwerty-plus-touchscreen handset, code-named Vienna. So it will be interesting to see whether the company takes the plunge and launches a second Android device at MWC this year. The company is not holding an official press conference which suggests it’s not going to be making any flagship hardware launches. Which perhaps also suggest the Priv has not been selling well enough to convince CEO John Chen that BlackBerry needs to stay in the hardware making business. Time will tell on that one.