Glu Mobile, the mobile gaming company behind recent app store hits like the once-viral “Kim Kardashian” Hollywood,” and who recently took a stake in top trivia game QuizUp, is hoping it has another potential breakout title on its hands thanks to a newly announced deal with pop star, Taylor Swift. According to news unveiled this week, Taylor and Glu will work together over the course of a multi-year partnership to deliver what the company describes as a “new and highly differentiated gaming experience.”

What that “gaming experience” will include, Glu isn’t yet saying, noting that specific game details won’t be revealed until later this year.

The game itself is expected to launch in late 2016, the company said.

Glu also noted that this would be the Grammy award-winning artist’s first foray into mobile gaming.

But it’s not Swift’s first time developing a mobile property. The star previously won an Emmy for best “Original Interactive Program” for her “AMEX Unstaged: Taylor Swift Experience.” That app, available for both iOS and Android, let viewers go inside Swift’s “Blank Space” music video and explore the storyline in a 360-degree format.

While not a game, that app could help predict how successful the forthcoming Swift property may become, and how well the star is able to convert her 227 million+ social followers into app downloads.

Based on figures provided by App Annie, the “Taylor Swift Experience” app debuted as a top 10 app in the “Music” section on the iTunes App Store, and briefly flirted with a top 100 “Overall” ranking, but thereafter, quickly dropped. The app fell into the 100’s, then 200’s, then further, in the “Music” category and was last spotted at #399 in “Music” apps section on iTunes. 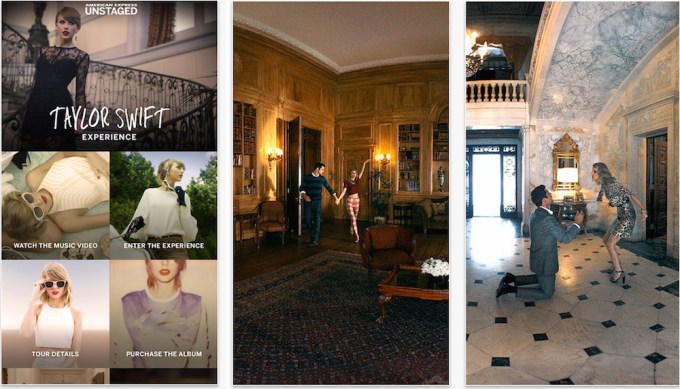 Swift also has her “official” app on iOS and Android, published by Mroadie, which has been around for years. But it barely ranks these days, having dropped to #540 in “Music” on iOS, and is currently unranked on Android.

That doesn’t mean that Swift’s new game from Glu won’t do well – after all, the official app is more like a mobile version of a website, while the music video is something that you’ll get enough of after a couple of viewings max. A mobile game, meanwhile, can be more engaging and played for longer periods of time.

A mobile game, meanwhile, can be more engaging and played for longer periods of time.

Plus, Glu has proven it can build out a game that has viral effects, as it did with the Kardashian title. Even if the game’s #1 App Store ranking doesn’t last forever, it can pull into big dollars while it’s hot.

Case in point: some estimated that Kim’s game would gross $200 million in annual revenue. It fell far short of that as its ranking slid, but still brought in $13.6 million or 24% of Glu’s revenue in Q4 2015. 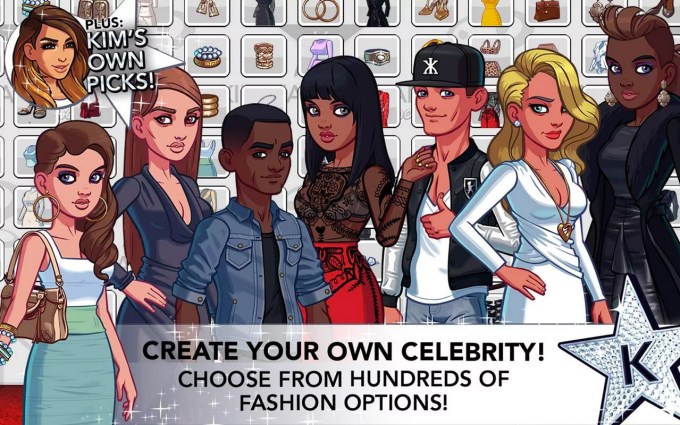 For Glu, the Swift partnership is a big win for the struggling gaming company which has been facing deteriorating net income, weak operating cash flow, and disappointing stock performance, as noted by The Street. The company said that for the fiscal first quarter 2016, it’s anticipating a loss between 5 and 6 cents per share on revenue between $46 million and $48 million.

Despite this, the stock popped 23% on Thursday morning, and then was seen trading some 32% higher a few hours later. The boost was due to the news of the Swift deal, which investors clearly seemed enthused about despite the hit-or-miss world of mobile gaming.

Perhaps they have short-term memories?

Sure, Swift is a big catch but so was Katy Perry. And Glu’s recent bet to repeat its Kardashian success with Perry, whose game followed a similar formula to the earlier celeb title, pretty much bombed. Hopefully for Glu Mobile, Swift’s game will fare better.