Ro Khanna Contributor
Ro Khanna is a candidate to represent California’s 17th District in the U.S. House of Representatives; a Lecturer in the Department of Economics at Stanford University; and served as the Deputy Assistant Secretary in the United States Department of Commerce under President Barack Obama.

Jason Putorti Contributor
Jason Putorti is the Designer-in-Residence for Bessemer Venture Partners, co-founder of Brigade and Votizen, and was the original designer at Mint.
More posts by this contributor

Every fall, I teach a class at Stanford entitled, “The Washington Debate about American Competitiveness.” It covers how our political leaders discuss America’s ability to adapt and compete in a 21st-century economy.

This year, near the end of one of the lectures, one of my brightest students raised her hand and flipped the question around.

“What about the American debate on Washington competitiveness? Can Washington harness the technological evolution to improve itself and our democracy?” she asked.

It was an important question, and one that no single lecture or article can do justice. The short answer is that technology can make our democracy more accessible and transparent. It has already happened in less advanced economies, and it’s happening at the regional and state level, but it has yet to breach the halls of Congress.

In 2013 the National Democratic Institute, an NGO working to enable citizens around the world who want democracy, released a report that analyzed the work that they’ve done to improve democracy through technology.

One country where they made an impact was Burma. Prior to the electoral reforms of 2011–2012 that opened up democratic space in Burma, there was systemic abuse happening around the country. Reports of voter intimidation and violence at the polls were widespread. The human rights activists who spoke up about it were exiled to Thailand, Indonesia, or Singapore.

And yet, they were able to bring accountability to their home government while abroad. These exiles and organizers joined together to form the Burma Partnership (BP) and worked with NDI to develop the Burma Election Tracker (BET)—an online technology that aggregated reports of voting abuse.

It consolidated report on voter abuses from locals via social media and put these together on a real-time map, and shared with media outlets abroad. The BET got high praise from citizen groups and local media outlets for raising awareness and elevating expectations of voting.

America may not have the same issues around voter abuse, but it does have an issue with basic voter engagement; voters often do not vote, and voters don’t feel connected to the decisions of their political leaders.

To address both, I think our Congress can do two things:

Much has been made about the fact that in a country of 240 million eligible voters, only 36% cast a ballot in 2014. What’s worse is that among millennials, that number is 21%.

When our voting system was initially designed, it was meant for land-owning white males—a population numbering around 76,000 in the late 18th century. Our founders, genius as they were, could not have foreseen the challenges of managing a 320 million person America.

It’s imperative to find and develop systems that enable higher levels of participation.

In 2016, The State of Alabama will let military veterans who are fighting abroad vote in the primary elections online, turning to a company and process audited by PwC, and they won’t be the first. Hawaii and Texas have also both tested online voting and have seen higher turnouts.

And yet, as I present the case, I’m aware that there is a chorus of security anxieties around online voting. I would be naïve to suggest that this is a solved problem, but just as naïve to say we can’t solve it. It’s imperative to find and develop systems that enable higher levels of participation. 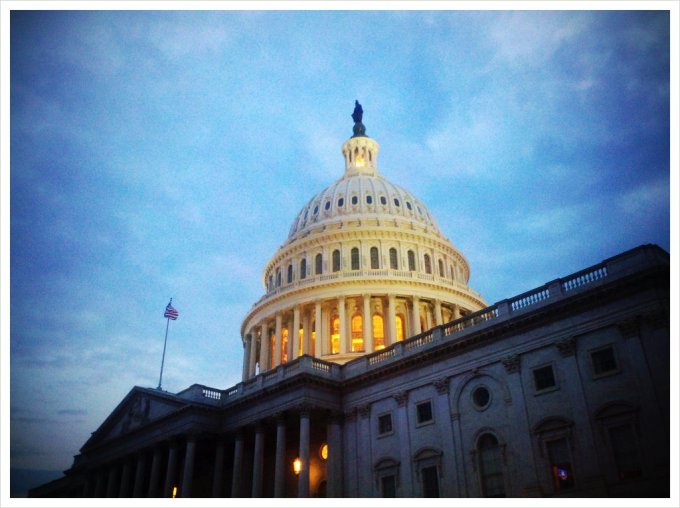 But the problem does not end when we elect officials we believe in, in fact that’s often where it begins. We lose interest, we stop following what they do, providing feedback, and holding them accountable.

We need technology that monitors and tracks the activity of our representatives. One of the reasons corporate America gets credit for being efficient is that CEO and leadership has a fiduciary responsibility to their board of directors and shareholders to maximize profit. If they don’t, they’re replaced.

Our leaders have an obligation to their constituents to pass laws that make our lives better, but if all constituents aren’t engaged, then the few that do vote, who may not share your values, will hold them accountable for you.

This is a major reason our Congress is so polarized, we all share in the blame by either not participating or encouraging more from our friends, family, and neighbors.

This isn’t a dogmatic suggestion on policy, this a conversation starter. We should ask every Congressional leader what their thoughts are on these topics and work together to develop solutions. Our public sector may never be able to match the efficiency and growth of our private sector, but it sure ought to offer more than lip service.