We’re a week and a half away from Valentine’s Day, one of the biggest days for flower purchases everywhere and probably the best time for The Bouqs, an on-demand-ish flower startup to announce it pulled in $12 million in Series B financing.

The Bouqs is not a name that rolls off the tongue, but it promises better pricing and next day shipping with flowers that last longer.

The service is similar to BloomThat and 1800Flowers. You pull up the app and flip through floral displays, pick one you like and send to a special friend (or yourself). However, The Bouqs says it can make a bigger profit by skipping the florist and going straight to the farmer for its flowers.

Eco-friendly farms ship these flowers via The Bouqs throughout the United States from farms in California, Ecuador, Colombia and Costa Rica as soon as someone orders them through the app. The startup acts as a direct-to-consumer flower delivery service.

The Bouqs method helps lower the cost and allows the buds to last up to 10 days longer, according to the startup.

I tried the service out and found it to be pretty comparable in price to other on-demand flower apps. A next day shipment for a bouquet of tulips started at a flat rate of $50 through The Bouqs, but BloomThat offered a slightly smaller arrangement of tulips for $48 (not including shipping) the next day. 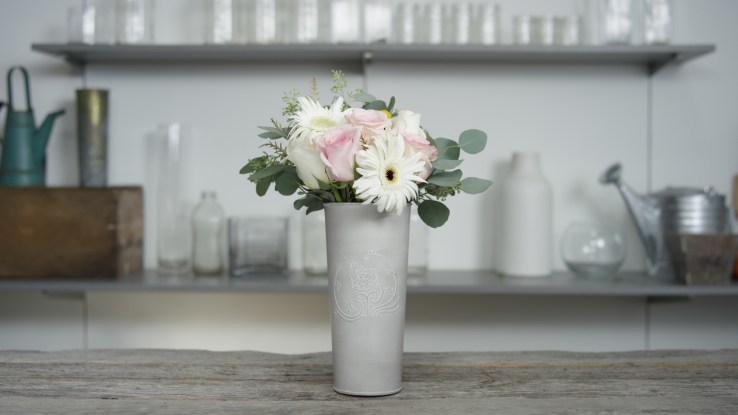 “Bouqs are cut and shipped from a volcano in South America for a flat rate of $40 (with free international shipping to anywhere in the United States including Alaska and Hawaii) or, for $50 flat, from partner farms along the California coast via free overnight delivery,” according to a company statement.

I also should point out that the flowers I ordered last Saturday still look pretty fresh. Would a similar arrangement from someone else still look good at this point? Tough to say, but I don’t recall them lasting as long.

The Bouqs tells TechCrunch the money will be used for growing the business, including expansion of its farm-direct supply chain and florist networks, as well as adding new members to the team and for setting aside resources to launch a new native app.

The Series B funding comes from existing investors Quest Venture Partners, Azure Capital Partners and KEC Ventures, along with Enspire Capital and Draper Associates. The new funding gives it a total of just under $20 million in the bank.