I’m taking a last look around the room. It’s five in the morning and the black car is idling outside. The driver has already called me and I quietly whispered that I was coming down.

My wife, my long-limbed and tangled in sheets, is asleep. In the small light on my bedside table I see her settle into the warm place where I just was and I wish I could lie back down to sleep.

I’m going to California from New York. I’m going to change the world, or at least that’s what I tell these people, these strangers I’m going to meet. The flight is early because I need to be there early. I think, for a moment, that I’m a fool for doing this.

My wife stirs and wakes. She smiles at me.

“Have fun,” she whispers.

I lean down to kiss her and her lips are dry. This is the kiss I’ve woken to nearly every day for a decade and a half, a smell that is as familiar and close to me as the scent of my grandmother’s house, a smell I still recall after waking from a dream of a big house in the country, the beams creaking as they shrink in the cool of a summer of evening. This is the scent of the life I chose fifteen years ago on a train between Warsaw and Gdansk, her eyes grabbing mine, forcing me to see her, this young woman, this young ad exec, for what she really was: the woman who would come with me back to New York and marry and who would support me no matter what crazy thing I decided to do or where I decided to go.

And now I’m doing something that can blow up all we’ve worked on for the past fifteen years. Maybe I’m being a little dramatic. Maybe I’m being silly. But that’s what it feels like on this cold morning.

I stop in the rooms where the kids are sleeping. The two boys are in one room, our girl in another. One of the boys is half naked, his shirt pulled off in the night. It is still warm so I do nothing. The other boy is in his underwear. Our girl is in her room, the light still on, shining in her closed eyes. I turn it off.

It’s 5am. Further up and further in, the creatures of Narnia cried.

Down the creaking stairs of this old house, into the kitchen. The coffee machine pants for a moment and spits out a cup which I down. I haven’t been eating well and breakfasts are not my favorite meal anymore. Now, in this 40th year, I’ve found my metabolism to be an enemy to be vanquished. Clothes hang on me like a tarp on a station wagon. You can tell there’s something under there, but you don’t care what it is.

The coffee is good and bitter. I’m about to go to San Francisco and drink Starbucks in meeting after meeting. I hate Starbucks. I hate the bad burnt coffee, the egg smell that sometimes overpowers the stench of low-level detergents. In Menlo Park where we usually go the only Starbucks is full of dealmakers and designers. It’s full of smiling people who can go outside and enjoy their decaffeinated chai lattes in the kind of weather New York only gets for a few weeks in the spring. But I honestly don’t like all that sun and I honestly don’t like the coffee. The best coffee is here in my kitchen and I’m about to leave, to forgo it for two weeks.

I’m a traveler and I’m going on a trip. It’s not a trip for pleasure but it is necessary.

Further up and further in.


I’m building a startup. It’s one of the scariest things I’ve done in a long time and I thought it would be helpful to write about it. For ten years, I paid lip service to the process of building a global business from your attic or basement or garage or coffee shop but I never truly understood it.

I’m like a kid going into middle school: I have to make new friends, learn a new building, and become true explorers. For a while someone held our hands. Now there’s no one there to help us, just endless articles about crushing it and pounding it and raising in a bad economy. And in this middle school 50% of the students fail almost immediately. The rest putter along and only 1% actually succeed. It’s a really crappy middle school but it’s a fun ride.

I grab the long rucksack that carries my clothes. I pack light. I’ll wash my stuff there. I have a necessaries case that came from an old camping kit. It is see-through but has undergone so much travel that it looks opaque. An Aleve, my drug of choice, dissolved in it long ago and so there is an orange smear that reminds me of blood. Things that stay there are not sterile yet I use the toothbrush there with regularity. It doesn’t bother me: in that bagged petri dish, I wager, all the bacteria comes all from me.

Further up and further in. 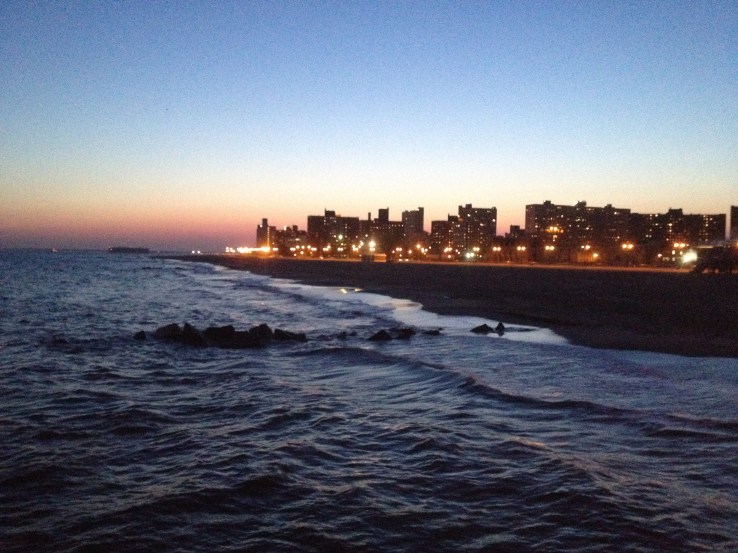 I put on my boots. I wear jeans and a t-shirt, a heavy hoodie – the uniform of the modern success story. This is my travel wear and my pitching wear. I have a plastic belt for easy pass-through at the metal detector and usually wore slip-on shoes until I got tired of them. Now I wear normal shoes but I rarely have to take them off. I’ve signed up for a government program that lets saps like me skip the lines. We pay for the privilege of being herded through a bit faster through to the thresher.

But before all that there’s “the moment.” This is how I remember these trips. On winter mornings I see the snow swirling in the streetlight outside. On fall mornings I smell the snap of the air. In the summer I am welcomed by the binaural sound of traffic and crickets. On this morning none of that is there, just a blankness to the air that means that summer is over. The humidity has fallen and so has the heat. New York is in stasis until it gets much colder. This moment is made up of the dull light in the front vestibule before I open the door. That’s the moment. That’s the one I’ll remember about this trip.

The car is idling. The driver, a middle-aged Russian man with a big driver’s belly, opens the trunk and helps me with my rucksack. Into the morning we drive, classical music on his radio.

The edge of the world wakes up as we roll from my house to the highway. The streets are already bustling and even in the few minutes between waking and the slam of a Lincoln Town Car door the world is changed. The river goes from black to grey to red and the Verrazano, that miracle of 1970s bridgework, is suddenly cast into silhouette. I spend most of the ride on my phone though, as you do. I swipe, watch the early morning drabs of Twitter and Facebook show up, check the overnight mail. But then, as the classical music begins to pep up and the driver gets a bit more lively I look up, settling into the bouncing of the springs. I honestly don’t want to waste my time on my phone. However if I don’t focus on something else cars like this one tend to make me carsick. It’s a tickle at first, like a feather down the throat, then full bore nausea. It is one of the banes of my commuting existence, these horrible floppy cars and their terrible transmissions.

We’re at the airport. I enter the time of waiting. Further up and further in.

It takes about six hours to get to SFO. I spend some of that time watching movies – it’s the only time I have to watch anything that isn’t a kids’ program – practicing and writing. I’m about to land and pitch and pitch and pitch. Further up and further in, right?

The plane rises over New York and into the slowly scattering clouds. It’s morning and the sun is rising pink in the window. In six hours I’ll be on the ground and in six hours I’ll know, roughly, what the next six years will be like.

Until then this tube of metal will race above the clouds into the new morning and, inexplicably, I will smile. Further up and further in. Sounds about right.

Startup Step-By-Step is about my effort to build a startup called Freemit. This is the second article in the series.