Twitter’s CEO Jack Dorsey today announced a new CMO for the company — Leslie Berland, who joins from American Express. The confirmation comes two days after her name first came up in connection with the role, amid a number of other big executive changes at the company.

Matching some of the current internal turmoil at the company, Twitter has been having a lot of problems in the public markets, with its stock trading at one of its lowest points in 52 weeks (it hit its 52-week low last week after some system outages). Its share price is still settling on the news: at one point in pre-market trading it was up over 2% to $17.40. But it seemed to be short-lived. As of our latest check, it has dropped a couple of percentage points again to below $17.

Berland herself also confirmed the news — on Twitter of course — and Twitter has provided us with the following statement from her:

“Twitter is a service like no other. It has and continues to change the world, shaping how we communicate and connect, how we’re entertained, informed and inspired. It represents everything that’s relevant at each and every moment – to me, there’s nothing more powerful. I’m thrilled to have the opportunity to work with Jack and the Twitter teams to bring the magic of Twitter to life, broaden its reach, and deepen its impact as the company enters this incredibly exciting new chapter.” 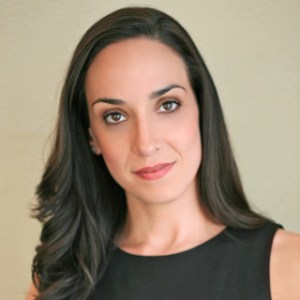 Before Berland’s appointment, the marketing was being managed by the company’s CFO, Anthony Noto.

Berland most recently had been EVP, Global Advertising, Marketing and Digital Partnerships at AmEx, which she first joined in 2005. Part of her role was to build bridges between the old school financial services company and Silicon Valley, such as in this deal with Stripe to power a new digital wallet.

Her experience at AmEx is an interesting addition to Twitter. She brings inroads and connections into the financial space, which could possibly give some much-needed oxygen to Twitter’s own ambitions in payments (an area that seemed like a big interest for the company but has not really gone anywhere very fast).

She also comes with a network of marketing heads at big businesses and brands by virtue of AmEx’s many connections through to those businesses for payment services. While one obvious area where this could be leveraged is in advertising and building new kinds of services and experiences for different brands to interface with Twitter’s audience, it’s also interesting to ponder how and if this could be built up for Twitter’s other ambitions to do more in B2B services.

Berland is joining Twitter at a critical time for the company. The social media platform has weathered a lot of criticism over its bigger business strategy — criticism that comes amid stagnating growth at the company and question marks over whether its platform is capable of the kind of mass-market appeal achieved by the likes of Facebook.

Twitter has some 300 million users today, so it’s not exactly a minnow. But as it tries to grow its advertising-based business, brands and others will demand bigger audiences and more engagement from those who do use it. So the question now is whether Twitter will be able to deliver.

The CMO’s role in helping to shape Twitter’s response to this challenge — both by partnering with others for new initiatives but also in coming up with the best way to present Twitter to the world — will be crucial, and quite possibly thankless.