The water in Flint is toxic. The state of Michigan inadvertently poisoned the city’s well, and it will take years to flush the system. And that might not be the worst part. The state has yet to reveal how it will repair Flint’s image.

I live down the road from Flint. I went into Flint for weekend trips with my parents. I played in her parks and ate at her restaurants and I remember mostly good times. You don’t. If you grew up in the 1990s you know Flint as the town where a crazy lady skinned and ate rabbits for food because that’s Flint through the eyes of Michael Moore. You know Flint as just another forgotten city in the rust because you’ve seen Flint through the eyes of newscasters. If you read the news today you know Flint as hell on Earth, a town waiting for a reckoning of even more crime, violence and neglect. Maybe you’re right.

Or maybe I am. But my memories don’t help this situation.

Move past the potential cover-up and the short-term fixes of celebrities buying trucks of water. Flint was already a town teetering on the verge of utter collapse. Before the water crisis hit, Flint was known as the city General Motors left behind. Now it’s known as Toxic Town, Leadville, a goddamn national disgrace.

Emails released by the state government speculate that it could take $60 million and 15 years to repair the damaged infrastructure. Flint Mayor Karen Weaver said it will take $1.5 billion. Replacing pipes could prove to be just the start of the rebuilding. It will take much longer, and perhaps much more money, to repair the public’s perception of the entire region.

The state must include provisions for economic redevelopment. Once the pipes are fixed, the city’s image will need to be repaired. Flint has long fought with the image of a broken factory town. As late as 1978 General Motors employed 80,000 people in the city. Now it’s closer to 8,000.

There isn’t a quick fix or magic technology to solve the crisis. Hard work is needed. Vast chunks of infrastructure need to be ripped out of the ground and replaced. Entrepreneurs, this is your time to shine. 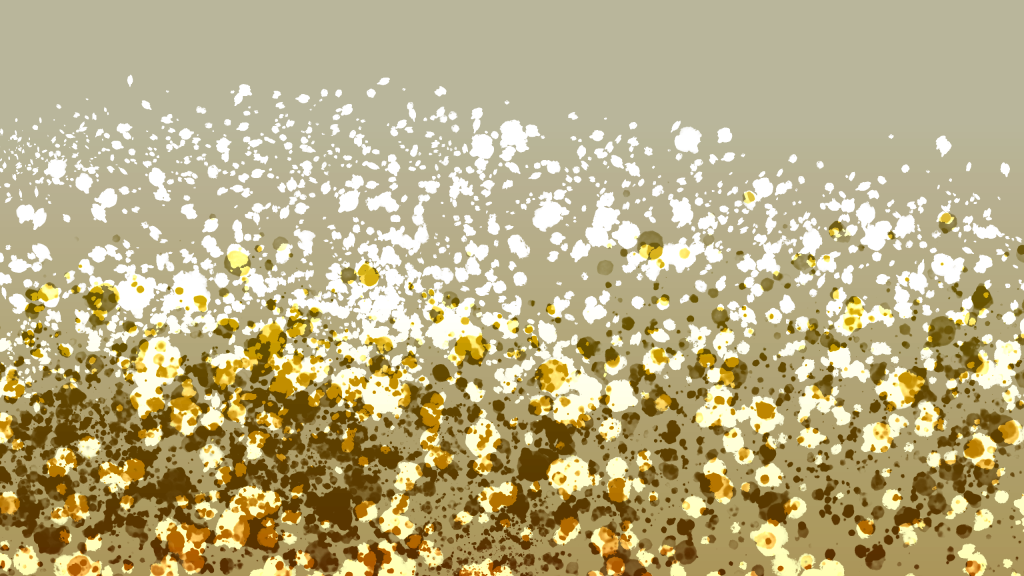 Not all of the water in Flint is contaminated with lead. Confirmed reports of bad water are scattered throughout the city, although there are plenty of clean glasses here and there. But what happened is truly tragic.

In 2013 the city of Flint, under the direction of a state-appointed official, decided to draw its municipal water supply from the nearby Flint River instead of buy water from the city of Detroit. This was said to have been done in an attempt to save money. The local water source itself does not have elevated levels of lead, but rather a high level of the corrosive substance chloride.

Water treatment plants generally add an anti-chloride agent to the water supply to prevent corrosion of lead and copper pipes. That didn’t happen when Flint switched water sources. The city started piping water through its aging infrastructure, which was eight times more corrosive than the water it had previously purchased from Detroit.

At this point, there doesn’t seem to be a single solution. Flint went from Motor City to Lead City and I doubt it’ll head back into the world’s good graces any time soon.

A state of Michigan report from the end of 2015 notes that the majority of the water in Flint does not test positive for high levels of lead. Only 2 percent of the 2,182 individuals tested in Flint were found to have elevated levels.

The city switched its water source back to the original one in late 2015, but the damage had been done. Since the toxins are seeping from the infrastructure, changing the source of the water did not result in a reduction of lead.

There is not a global problem with the water in Flint. When the water was drawn from the Flint River, the water’s higher levels of chloride reacted differently with the variety of pipes and distribution systems used throughout the city. And now some neighborhoods are fine. Some are toxic. Sometimes, apparently, a single house could be the only one that tests positive for higher levels of lead in the area.

At this point, there doesn’t seem to be a single solution. Flint went from Motor City to Lead City and I doubt it’ll head back into the world’s good graces any time soon. 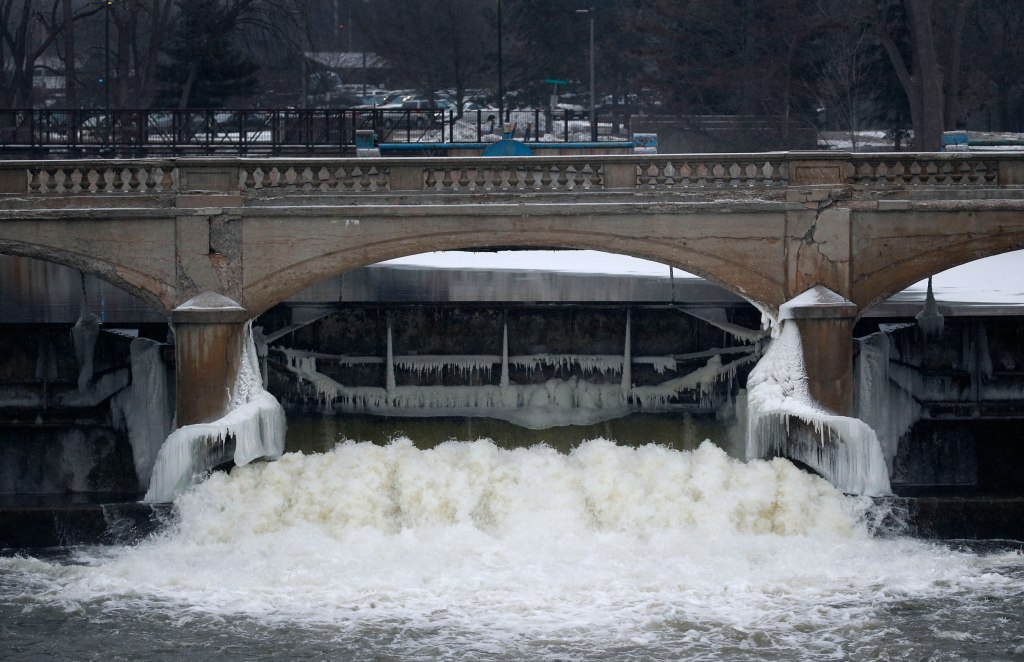 Chloride Runs Through It

Residents in the former auto-making hub — a poor, largely minority city — feel their complaints about lead-tainted water from the Flint River (shown) flowing through their taps have been slighted by the government or ignored altogether. (AP Photo/Paul Sancya)

Several weeks ago the national media started bringing attention to the water crisis in Flint.

A sick toddler, poisoned from toxic water, appeared on the cover of Time Magazine and the cable news networks are dedicating chunks of programming to interview local officials and residents and show videos of disgusting water.

The attention was warranted and needed. People are sick and the government was denying there was a problem. And now that the spotlight is on the city, the cogs of government are turning. Michigan Gov. Rick Snyder announced he is seeking $28 million in state funding and President Obama set aside $80 million for Michigan infrastructure repair — though how much of that money will go to Flint has yet to be disclosed.

But here’s the bad news: The coverage of the water crisis is turning the image of the city as toxic as the water.

Flint is the town General Motors built and destroyed. It was once the home of Chevrolet, Oldsmobile and countless other startups-turned-giants. But most moved to Detroit and left an empty shell of a town behind. The city’s population dropped to around 99,000 from a high of 200,000 in the ‘60s.

Flint’s water crisis is the state government’s mess and it’s their responsibility to clean it up. But it’s an opportunity for entrepreneurs and private companies to make a difference.

Flint is surrounded by numerous suburbs that have fared better than the city proper. Some of these suburbs, such as Fenton, Grand Blanc and Davison, saw impressive growth the past several decades. None of the communities surrounding Flint switched to the new water source, but they will be directly affected by the toxic water all the same.

I live in one of these communities: Swartz Creek. It’s located seven miles to the west of Flint. I was born in Flint and raised in Swartz Creek where I graduated from the public school system. It’s still home. My kids attend Swartz Creek schools. I’ve worked for TechCrunch since 2008 from my home office.

Like most cities, the future of the surrounding area is largely determined by the success of the closest major city. In recent years, Flint has experienced bursts of revival but has largely been stagnant. The loss of over 70,000 General Motors jobs still looms over the city like smoke.

Local universities have been a source of life. The University of Michigan has expanded its footprint in Flint and now occupies a sizable chunk of the downtown area. Just to the west, Kettering University continues to expand into vacant land that once contained a General Motors factory. Then to the east, Mott Community College is constantly a source of local pride by offering affordable education and a basketball team that wins national titles.

Children in Flint’s schools cannot drink the water from drinking fountains. What parent will want their child to attend a school in a city that has toxic water? And what about athletes at these schools? Who is going to cool down in a refreshing lead shower?

Michigan Attorney General Bill Schuette said the other day that the water is not safe to bathe a newborn in. What parent would want to put their child in Flint’s water even if it was reported to be safe?

In 2014 General Motors found the water so corrosive that it couldn’t use it to wash automotive parts — the water was eating the metal. That was two years ago. The Motor City was so bad that its water couldn’t be used to clean car parts. What business will move their employees to the region where pipes are leaking lead?

One of the two Flint hospitals discovered last year to have its water tainted by Legionnaires’ disease bacteria. Who would send their loved one to Flint hospitals or medical facilities for critical care when there are hospitals just outside of the city border?

Will home buyers seek certifications saying the water is safe or simply look for a home in a different city? I would opt for the latter, and I live here.

Flint’s water crisis is the state government’s mess and it’s their responsibility to clean it up. But it’s an opportunity for entrepreneurs and private companies to make a difference. The state of Michigan and city of Flint cannot fix everything nor should the citizens of Flint expect as much.

At this point, bottles of water are being shipped to Flint en masse and distributed by the National Guard, volunteers and law enforcement. That’s not sustainable. The city is also distributing water filters and replacement cartridges for use in the kitchen. Still there’s a trepidation to bath in the water or use it for brushing teeth. There’s quickly becoming a market for a whole-house water filter.

There’s an opportunity to advance pipe rehabilitation technology so the city doesn’t have to be dug up to manually replace every bit of old pipe.

The residents of Flint will need water tests and medical tests. They will need medical care. They will need improved education and they will need a reason to stay in Flint. Startups can’t solve all of these problems at once and I’m not so naive as to suggest that hosting a hackathon is the solution to Flint’s woes.

But I’ve seen the good that new energy can do to a broken city. I’ve seen Detroit rise from the literal ashes. I’ve seen small towns like Raleigh, Charleston, and Norfolk gain new life through entrepreneurial efforts. And I’ve seen the sure movement from old to new, from good to better, from fear to hope. Startups are part of that. They aren’t the entirety of it, but what else do we have? 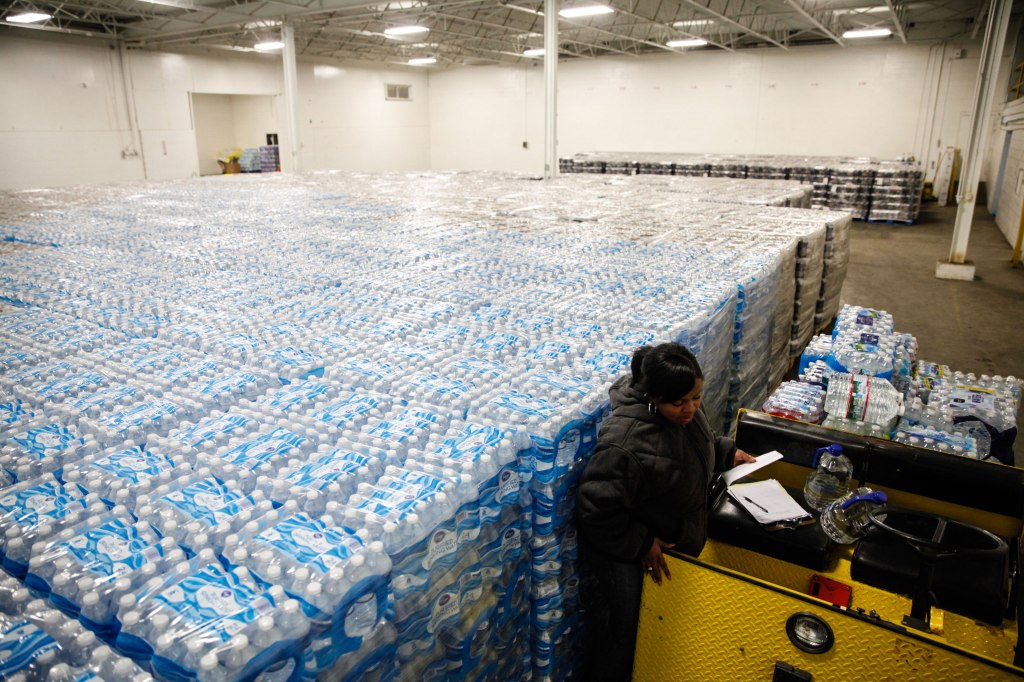 I know Flint is a mess. It’s embarrassing. It’s like seeing an old relative laid low. It’s like seeing a town that nurtured and built me — all at her own expense, mind you — stumble and fall. And, to add insult, the world is jeering.

Flint! Come for the parks and lakes, stay because you died of lead poisoning.

I spoke with the founder and CEO of MassChallenge while at the World Economic Forum in Davos Switzerland. As the leader of one of the largest startup incubator programs, naturally, he’s bullish on young companies solving the world’s problems. He sees an opportunity for startups to step in and assist in cleaning up the water in Flint and elsewhere.

// Flint is not alone. There is a growing concern about lead poisoning and it’s not limited to being exposed to it from the water supply. The state of Michigan identified 14 communities with elevated levels of lead poisoning. As this article from Vox says: America’s lead problem isn’t just in Flint. It’s everywhere.

Repairing Flint seems to be at the top of the state of Michigan’s to-do list. The governor dedicated his entire State of the State address to the water crisis. NBC reports that he recently hired a crisis PR firm.

If the so-called smartest generation stopped trying to solve the problem of replacing their mothers with robots and fixed Flint and the countless other dying cities in America, they’d have statues erected in their name. They’d be modern philanthropists, modern heroes.

That sure is better than having 1,000 followers on Peach.