The “Be Like Me” meme (that stick figure about [insert name here] blowing up on your Facebook feed) is the latest viral hit glorifying our greatness – and it’s annoying the hell out of your friends.

According to the BBC, the meme started late last year for a guy named Bill. The “Be Like Bill” meme recently gained a dedicated Facebook page, which quickly grew to more than 1.5 million likes. There are even parodies like the Spanish version “Se Como Jose” and “Be Like Emily” for the ladies. 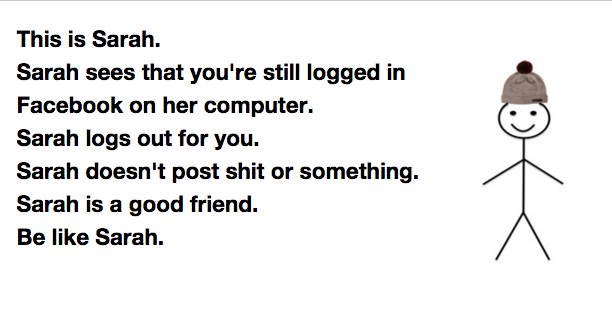 But the meme started blowing up on my Facebook feed (and probably yours) over the weekend when a newly created meme generator allowed the ability to insert your own name instead of Bill’s.

The attention has annoyed a lot of people who suddenly found their Facebook feed covered in passive-aggressive messages. It has also caused a counter meme “Don’t be like Bill or Emily.”

According to the “Be Like Bill” meme’s originator Eugeniu Croitoru, a Moldovian programmer living in Italy, Bill is “Just a fictional character who conveys messages in a funny yet often sensible ways.” His meme co-conspirator Debabrata Nath also emphasized that Bill is there to make us laugh and “has no resemblance to any real life person.”

The idea came to Croitoru after posting a similar stick figure meme on his gaming page Videogamemes. The “Be Like Bill” version blew up so he and Nath made a separate page from there. 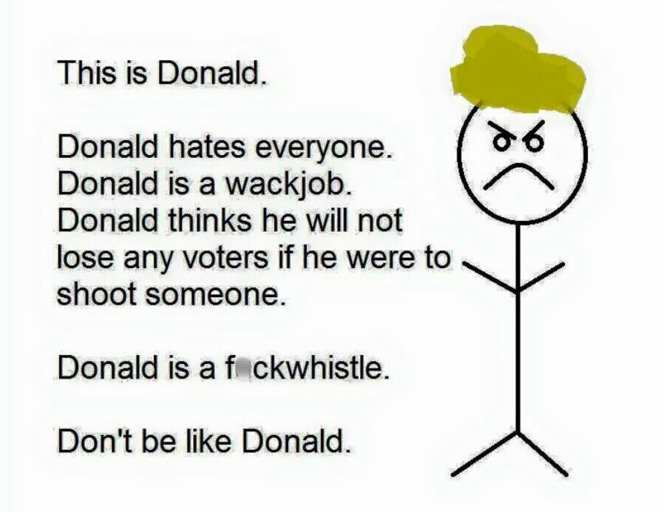 Both versions seem to be very popular, but the “Be Like Me” meme, some outlets say was created a mere 48 hours ago, is the one covering my feed – and only highlights our enthusiasm to glorify ourselves on social media.

Did it catch on based on our need to share with the world what we do and do not do right? It’s tough to say what made this one catch – or what makes any meme go viral. But what can be said is that this meme will likely go the way of all the others and be over by next weekend. The haters will have to find a new meme to groan over then.