Today’s updates could be considered as intermediate updates before Apple introduces new features in iOS 9.3 and OS X 10.11.4. Among other things, Mac users should expect lives photos in Messages for OS X and a passcode for Notes in the next version.

In the next release, iOS users will receive new features, such as “Night Shift”, Apple News customizations, health data from your Apple Watch in the Health app, CarPlay improvements and new school management tools to share an iPad with the class. As a reminder, Night Shift eliminates blue light at night to improve your sleep quality. Warmer colors are easier on your eyes when it’s dark.

Let’s also hope that iOS 9.3 will fix the battery meter bug. Currently, if you manually change your time zone, the tiny battery indicator at the top of the screen could get stuck. It’s not a deal breaker, but it could be confusing to see your iPhone die with a green battery indicator.

As always, go to the App Store and click on the Update tab to receive the latest update. On your iPhone and iPad, go to the Settings app, General and look for the Software Update page. 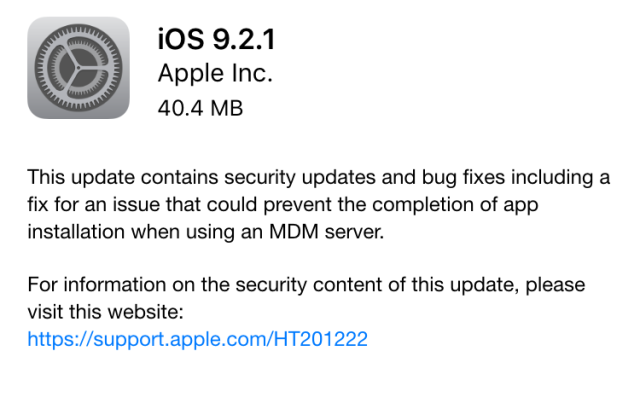