Your household appliances are getting smarter: think printers that re-order ink when you’re low, or washers that dispense just the right amount of detergent then send you more before you run out. This is the promise of Amazon’s “Dash Replenishment”-powered devices, the first group of which is becoming Dash-enabled today, the company says. That includes select Brother printers, a GE washing machine, and the Gmate SMART blood glucose monitor.

In some cases, customers may have already purchased devices that are compatible with Amazon Dash Replenishment, but couldn’t yet take advantage of the feature. That’s now changing, as those with supported printers, Gmate devices, or GE washers will be able to activate Dash Replenishment using either the company’s website or app, depending on how the manufacturer configured access to the program.

The Brother printers will be Dash-ready as of today, and the other devices will be ready by month end, says Amazon. 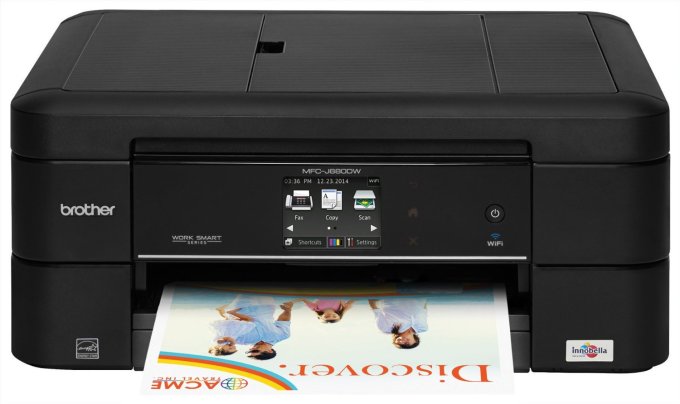 For example, in the case of the Brother connected printers that measure toner or ink levels, customers are instructed to sign up for automatic re-ordering through the Brother website. For those buying these printers new, that sign-up will be part of the printer’s setup instructions.

Of course, ink replenishment programs aren’t novel – competitors have been running their own variations on this before, like HP does with HP’s “Instant Ink” replacement service, for example. Meanwhile, Epson addressed the problem by selling printers with their own refillable ink tanks instead of cartridges (“EcoTank” branded printers).

However, instead of buying inks from the manufacturer directly, Brother’s new connected printers are placing Amazon orders on your behalf. Brother says it has over 45 models immediately compatible with Amazon’s service. 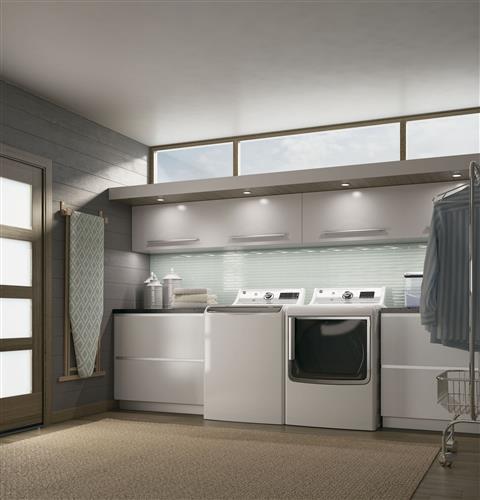 GE’s new washer works similarly. Not only does it offer its own “smart” technology that knows how much detergent to use per load, and dispenses it for you, it also knows when you need to order more. But that’s not just based on number of loads, but also on what customers themselves enter in the associated mobile app as their preferred pre-order level, Amazon says.

And Gmate’s SMART Blood Glucose Meter, which connects with a smartphone for its blood sugar testing service, will also include a feature that sends you more testing strips and lancets when your supplies run low.

These companies’ partnerships with Amazon were previously announced, but what was yet unknown is when these Dash-powered products would actually be able to take advantage of Amazon’s automatic re-ordering service.

In addition, the Dash Replenishment Service itself was previously in a private beta period until today. That has now ended – meaning Amazon’s APIs are broadly available. Any company that wants to use them in their own devices can visit Amazon’s website, and then begin the implementation process which involves adding “as few as 10 lines of code using simple HTML containers and REST API calls,” explains Amazon.

Today, Amazon is also announcing an expanded relationship with Whirlpool, which previously committed to integrating Dash Replenishment into its Smart Top Load Washer and Dryer. Now Whirlpool says its Smart Dishwasher will be Dash-powered, too.

And Purell maker GOJO will link up its touch-free hand sanitizer dispensing systems using GOJO SMARTLINK Technology with Amazon Dash as well. Unlike many of the current Dash-powered devices – like smart pet bowls or washers – touch-free dispensing systems are not found in the home. With the ability to also serve the business customer base, Amazon is able to better compete with office supply companies.

Amazon’s Dash Replenishment program doesn’t only involve smart machines that place orders for you – the company also sells cheap “Dash” buttons that are associated with SKUs for common household items like paper towels, diapers or gum (!!). When pressed, the buttons will place an Amazon order for you.

(Having bought a few of these myself, I’m still unsure if they’re terrifying or genius. One started ordering products without being pressed due to a glitch…or perhaps it became self-aware. I probably should have been mad, but, hey, I needed more trash bags anyway.)

Amazon says more devices will become Dash-enabled in the future, but couldn’t comment on how many will be live on the market by year-end.