The core competency of the company is its ability to bring payloads up to 100,000 feet and safely back down to the ground. Today’s spaceport decision will enable it to expand testing and development work in an effort to ramp up payload flights. 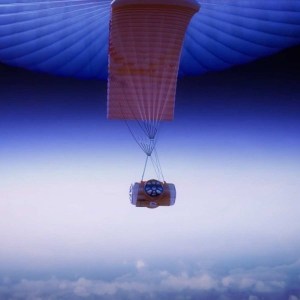 The payloads that World View could accommodate could include anything from cameras that look down for remote sensing, to telescopes that look up for astronomy experiments, to paying customers themselves. To date, World View has launched technology payloads with NASA, Northrop Grumman and the Department of Defense.

In addition to technology payloads, the company can also fly humans to the edge of space. Back in 2014, the company provided the technology for Google executive Alan Eustace to conduct the highest free fall is history.

The company is perhaps most famously known for its “World View Experience,” which is a high-altitude balloon ride for people who want to view the Earth from the stratosphere and softly glide back down to the Earth.

According to World View, their passengers would gently lift off in a pressurized capsule, complete with Wi-Fi and a bar, that would hold six passengers and two crew members. During the ascent, the helium would expand in the balloon as the pressure inside the balloon attempted to equalize with the low-pressure of the high-altitude atmosphere.

After a couple of hours, the passengers reach their peak height at 100,000 feet at which point the balloon would be fully expanded. The capsule would then “sail” the stratosphere for around two hours.

When it’s time for the capsule to return home, the pilot descends by venting the helium and eventually detaching from the balloon itself. The pilot would guide the capsule back to the ground using a ParaWing (similar to a paraglider).

Although crewed flights won’t begin until late 2017 or early 2018, you can purchase World View Experience tickets today for $75,000. The company isn’t releasing details on the number of tickets sold at this time, but Poynter said that they already have customers from all around the world, some of whom are even 80 years old.

She emphasized that the space tourism opportunity that they offer is unique compared to other options out there because it’s an “extremely gentle” experience. It’s also a fraction of the cost of suborbital space tourism companies like Virgin Galactic where tickets run $250,000.

However, it’s not entirely fair to compare the two. Virgin Galactic plans to send people into space (328,000 feet) on a rocket, whereas World View is simply giving people a better view of Earth and space (at 100,000 feet). 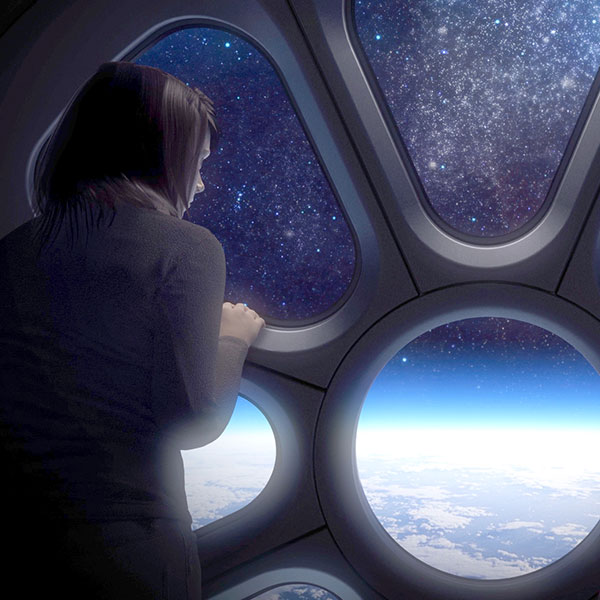 One cannot actually send someone into space in a balloon, but it is an interesting niche in the emerging space tourism market. Suborbital space flights are more of an extreme sport, where the passenger experiences high levels of G-forces in order to float in space for a few minutes. With these more extreme flights, the passengers have the additional benefit of going home with bragging rights: they’re now considered astronauts.

World View is offering an inherently different, more relaxed experience that is open to the young and the elderly alike…as long as they have $75,000 to spend.

Before World View can launch paying customers, they’ll need to get certified by the FAA by testing out their technology. To date, the company has successfully completed the World View Experience flight profile with a one-tenth scale model of its capsule. A full-scale capsule is set to be tested this summer, and crewed test flights will begin in the summer of 2017. Commercial flights are projected to begin by 2018.