In a frank conversation with TechCrunch last week, Apttus CEO Kirk Krappe talked about his company’s exit strategy, which could come to a head in the not-too-distant future. Krappe believes his company is in a good position to IPO or sell — possibly to Salesforce if it’s interested — some time later this year.

“We will be IPOing this year. That may be a function to figure what Salesforce wants to do and they may think about that [after purchasing SteelBrick at the end of last year]. There’s no reason they can’t buy us too. For me, I have to run the business, and we’re growing 100 percent year on year. If Salesforce came to the table, that would be great if the numbers work. If not, we have an amazingly strong business,” Krappe said.

It’s worth noting that Apttus places its valuation at between $1 billion and just under $1.5 billion, making it a unicorn company. The CrunchBase Unicorn Leaderboard pegs it at $1.1 billion.

Apttus plays in the Quote-to-Cash space that works nicely with Salesforce’s core CRM product. After a business enters a potential customer into its CRM database, it needs to start to move that customer toward a sale — first by delivering a quote, then drawing up a contract, sending out an invoice and finally collecting payment.

Last week’s conversation came after Salesforce announced it was acquiring fellow quote-to-cash vendor SteelBrick at the end of last month for $360 million, and that purchase seemed to cause some angst for Apttus.

They may have reason to be concerned, says Brent Leary, managing partner at CRM Essentials, LLC who has been covering the CRM business for many years. “I think Apttus felt they had a ‘special’ status in the Salesforce ecosystem, and the SteelBrick acquisition signals that maybe it wasn’t as special as it once thought,” he said.

It may also be that Salesforce simply didn’t want to pay the money to get Apttus, which is a $100 million company and the SteelBrick acquisition was a way to dip their toe in the quote-to-cash pool with a much smaller player, Leary explained. 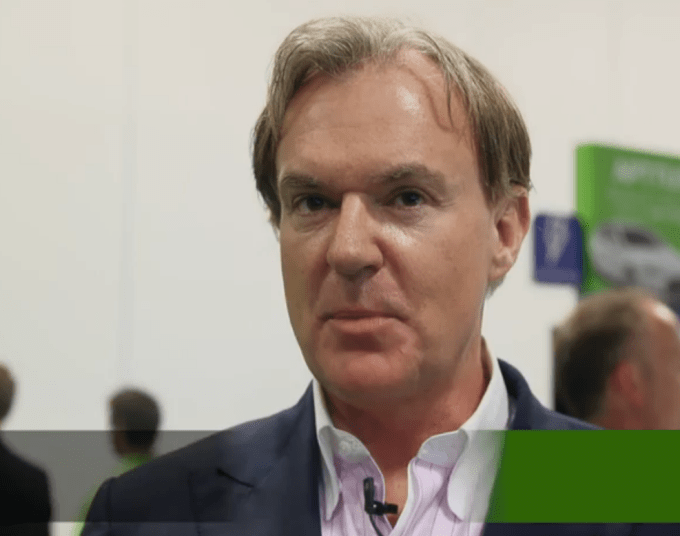 As for Krappe, he sees SteelBrick as a smaller fish swimming in the shallower end of the market. “If you think about it from a Salesforce perspective, do they want an enterprise to mid-market play [like us] or do they want to feed something into their little deployments because that’s very frothy for them [at present]? Having other products [like SteelBrick] to pop into the channel becomes appealing,” he said.

That said, he doesn’t necessarily see it as a competition between the two. “I don’t think it’s either buy SteelBrick or Apttus. Salesforce uses us internally for almost everything. We are strategic for their move into larger enterprises,” he explained.

Clearly Apttus is strongly linked to Salesforce, regardless of whether it buys it or not. It’s built on the Salesforce platform. Salesforce is a customer and it helps Apttus sell to larger enterprise customers. Perhaps more importantly Salesforce Ventures, the funding arm of Salesforce.com is one of its largest investors, leading the $41 million Series B last February.

Apttus has raised $186 million across three rounds including a $108 million round last September. Salesforce Ventures has contributed across all three rounds so far, but does that mean it’s interested in acquiring Apttus?

Krappe believes once his company files go public, it could compel Salesforce to take a closer look at it as an acquisition target. “When you look at historical data, when companies file the S1 that signals the market to potential suitors and they start looking. It becomes a forcing function,” he said.

Leary isn’t necessarily convinced Salesforce will make the move. “Salesforce can buy a company with great tech and which doesn’t have the biggest market presence,” he said. Because of its size and stature, Salesforce can make it work, he said. That could potentially leave Apttus without a suitor.

Even while this discussion is going on, Apttus has its eyes on its own strategic purchases. In fact, it even looked at buying SteelBrick itself before Salesforce pulled the trigger, but decided it really didn’t make economic sense to go after SMBs.

“We are in a good position and could do something like an acquisition. We are not sitting back and waiting for things to unfold,” he said. That could be in the form of a company that gives it functionality it doesn’t have or access to geographical markets where it lacks a strong presence.

One thing he wants to avoid is going back to the private funding market at some point, and face a possible down round because of a changing funding environment. Several CEOs I’ve spoken to in the last couple of weeks have expressed concern about a less favorable funding climate later in 2016. Some of the big funding rounds we’ve reported so far in early 2016 don’t necessarily bear that out, but there clearly is a perception among some startup executives that private funding could tighten up later this year.

Apttus appears to be in good shape financially after the September funding event, and should have enough cash on hand to control its own destiny for some time to come. It’s clear that it wants to exit this year, whether that’s by acquisition or an IPO. Time will tell how that plays out.