Today, SpaceX was hoping to achieve the first-ever rocket recovery on a drone ship in the ocean. While the company successfully completed its primary mission of bringing the Jason-3 satellite into orbit, it was unable to safely recover the first stage of the rocket.

About 10 minutes after launch from Vandenberg Air Force Base, the Falcon 9 first stage was scheduled to land on a drone ship floating in the ocean. Elon Musk, CEO of SpaceX, tweeted that while the touchdown speed of the rocket was okay, there was an issue with one of the landing legs which caused the rocket to tip over after landing. 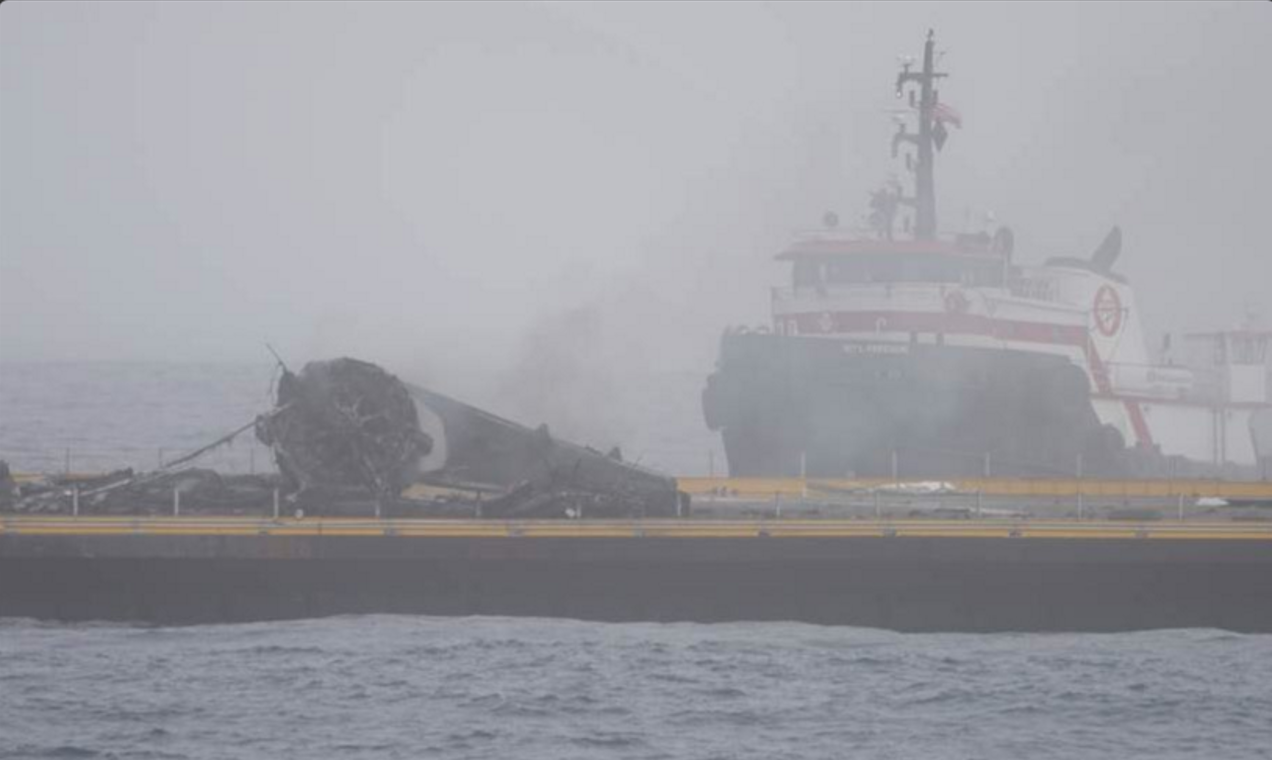 It’s important to note that the primary purpose of the launch, to bring the $180 million Jason-3 satellite into orbit, was completely nominal. By all accounts, today’s mission was considered a success and Jason-3 is now in orbit around the Earth.

SpaceX repeatedly emphasized that its rocket recovery attempt was an experiment and the secondary objective. Even so, this was disappointing news for many who were watching, especially after SpaceX successfully recovered a rocket on land just last month.

Musk tweeted that this landing attempt was inherently more difficult than the previous successful attempt on land at Cape Canaveral.

Definitely harder to land on a ship. Similar to an aircraft carrier vs land: much smaller target area, that’s also translating & rotating. 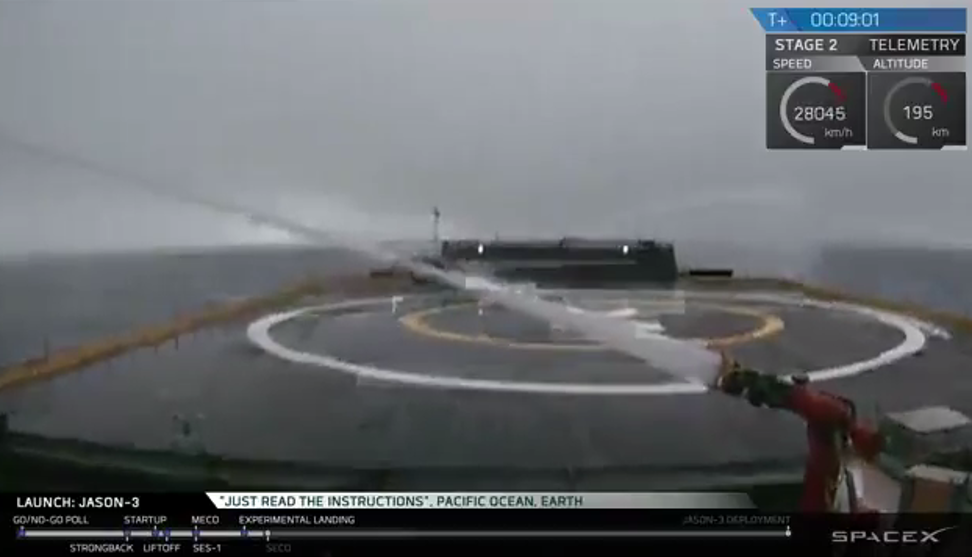 Viewers were watching live footage of the drone ship minutes before the scheduled landing when the video cut out. At 200 miles away from land, the live stream was reliant on satellite internet connection. Choppy waters made it difficult to keep that connection throughout the duration of the mission and live video feed of the unsuccessful landing was unavailable. SpaceX stated that it will provide footage of the landing at a later time.

The recovery location for this launch was changed from a stable pad on land to a drone ship because SpaceX was unable to receive “environmental approval” to bring its rocket back to land.

Today’s landing attempt won’t be SpaceX’s last. During a press conference on Friday, SpaceX vice president of mission assurance Hans Koenigsmann said that the company would like to attempt a land recovery at Vandenberg Air Force Base in the future. He mentioned that there will be 3 or 4 more launches out of Vandenberg this year, allowing for more opportunities for west coast rocket landings in the future.