A.J. Shankar never imagined he’d start a legal technology company. But while at UC Berkeley, getting his Ph.D in computer science, he began working part-time for a local law firm whose pre-trial discovery processes were almost comically outdated.

Before he knew it, he’d formed an advanced litigation and e-discovery company called Everlaw, a now five-year-old company that was bootstrapped with $1.5 million from friends and family as its small team perfected the company’s technology.

Apparently, they’ve done a pretty decent job. The 22-person company says it now serves 9 of the top 10 class action law firms in the country and more than 65 percent of state Attorneys General. Its highest profile case to date is probably helping plaintiffs’ attorneys prepare for the new trial over General Motors’ 2014 recall of millions of vehicles for a faulty ignition switch. (It was linked to nearly 400 injuries and deaths.)

The case also just helped Everlaw land a fresh $8.1 million in Series A led by Andreessen Horowitz. So did its roadmap.

Everlaw currently charges clients by the volume of data that its artificial intelligence-enhanced software helps them sort through to find that needle in the haystack that can make their case. The larger the case, the more the client pays.

Yet Everlaw sees a related opportunity that’s even bigger in creating collaboration tools made expressly for lawyers. Explains Shankar, “The state of legal technology just isn’t as far forward as other industries. There’s still a plenty of in-person meetings; you see a lot of pens and papers and binders. In many cases, when you look at how lawyers litigate, what they do [after a case wraps up] is dump thousands of files into Dropbox and try to keep up with spreadsheets that are thousands of entries long.” 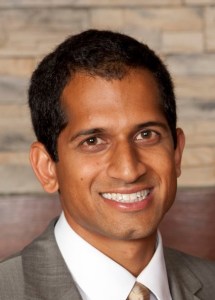 Shankar says Everlaw is already releasing features that “don’t have an analog anywhere in the industry,” and that in the future, it will enable attorneys to collaborate using state-of-the-art tools in a more unified litigation platform that incorporates artificial intelligence and data visualization.

Andreessen Horowitz is counting on it, suggests partner Steven Sinofsky, who led the firm’s investment in the startup and has joined its board.

“If you are an attorney focused on winning a case, then the ability to craft your case, choose exhibits, organize your ‘story’ for the jury, and more, are where you apply your skills and experience,” Sinofsky says.

“In most cases, this is not a one-person show, and so collaboration is essential. In larger cases, involving dozens of attorneys and associates, there are layers of organization, teams, and subgroups…”

Today, Sinofsky notes, those parties often work together fairly inefficiently, over mounting troves of email. “But in litigation, the context of collaboration is always the evidence—the documents, transcripts, scans, and more. And that evidence is enormous and must remain in the repository. So from a technology perspective, having a collaboration platform that integrates with the evidence is clearly how this will work.”