Streaming services showed up in force for Sunday night’s 73rd Golden Globe Awards, but it was Amazon’s year to shine. Though Netflix had led the pack this year with a total of eight nominations – even beating out HBO – the streaming service didn’t take home the top prize in any of the categories it competed in.

Instead, it was Amazon that was tonight’s winner among streamers.

The now well-established competitor was effectively battling against itself this year, having received five nominations, including nods for “Mozart in the Jungle” along with last year’s winner “Transparent” –  the latter which had won before for Best TV Series: Musical or Comedy. In addition, “Transparent’s” Jeffrey Tambor won Best Actor in a Comedy at the 2015 event.

However, the Golden Globes like to shower the newcomers, so this time around, Amazon’s “Mozart in the Jungle” stole the crown away from “Transparent” for both Best Comedy, and for Best Actor in a TV Comedy (Gael Garcia Bernal).

Amazon’s lesser-known show was certainly something of an underdog in the Best TV Comedy category, where it beat out popular programs from HBO, Hulu and Netflix. 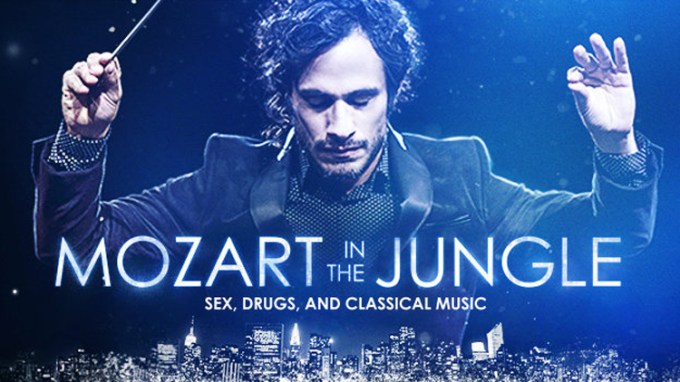 Netflix, as these nominations indicate, is the new “network TV.”

The service also made news for being the first streamer to earn a nomination for a feature film with Idris Elba’s nod – though not a win – for Best Supporting Actor in the movie “Beasts of No Nation.” (He lost to Sylvester Stallone in “Creed.”) The film notably was also Netflix’s first foray into feature-length projects. 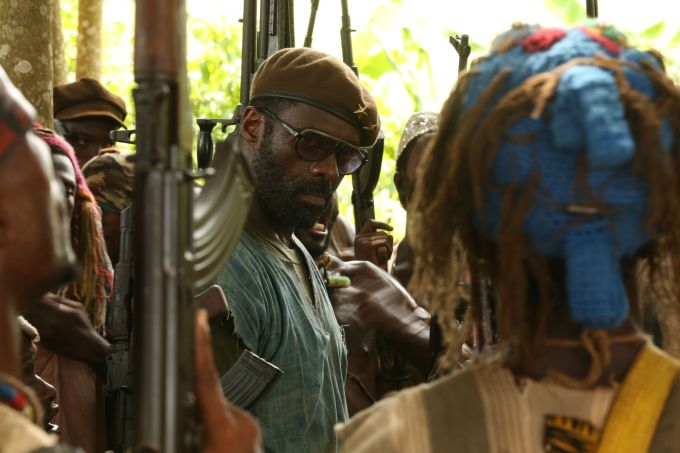 Above: Netflix’s “Beasts of No Nation”

Hulu made its mark this year, too – not by the total number of nominations, clearly, but for getting on the ballot for the first time with its single nod for “Casual,” which lost Best TV Comedy early on in the evening to “Mozart in the Jungle.”

Meanwhile, HBO – something of a streamer itself thanks to HBO NOW – earned several nominations this year for its shows “Game of Thrones,” “Veep,” and “Silicon Valley.” However, it lost the Best TV Comedy title to Amazon, and its “Games of Thrones” lost Best TV Drama to USA’s breakout hit “Mr. Robot.”

Though the streaming services obviously didn’t walk away with trophies for every category they competed in, they did easily shut out traditional TV broadcasters like ABC, FOX and PBS, each which only saw four nominations, and CBS, which had only been nominated one time. And with Netflix now moving into films, too, future Golden Globes may see further shake ups from the streaming industry.