That makes Messenger the fastest growing app of 2015, according to Nielsen, and it was the second most popular iOS app behind Facebook. It’s also transmitting 10 billion photos per month.

Now that Facebook’s chat app is reaching ubiquity in some markets, it can start putting the nail in the coffin of competitors, entrenching itself with a developer ecosystem, and going beyond the mandate of traditional messaging. 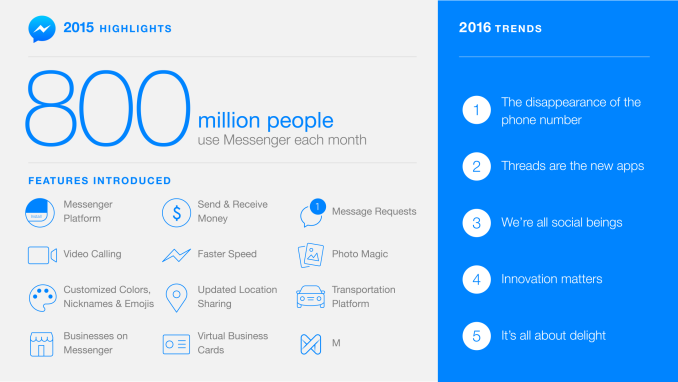 In a blog post today, head of Messenger David Marcus laid out the main themes of Facebook’s 2016 strategy. Yesterday I spoke with Stan Chudnovsky, Messenger’s head of product, to get a deeper look at the plan. Below is a breakdown of the strategy, plus my predictions for how Messenger will execute it.

First, a quick rundown of what Messenger accomplished in 2015:

Messenger is so far ahead of other core messaging apps in the U.S. (sorry Google) that now its only worthy competitor is SMS/iMessage. Marcus says SMS was born out of the flip phone era and now we need chat for the smartphone era. By building in rich media features like photos, stickers, GIFs, payments, apps, location, and transportation, Messenger has tried to convince people to ditch SMS, which does none of those gracefully.

Messenger now lets anyone send a message request to anyone on Facebook, effectively eliminating the need to know someone’s phone number. Chudnovsky tells me “We have the directory of everyone that is out there, we can allow you to find anyone you want and all you need is a name.” Putting essentially every Internet-connected human on one open communication system is a huge leap forward 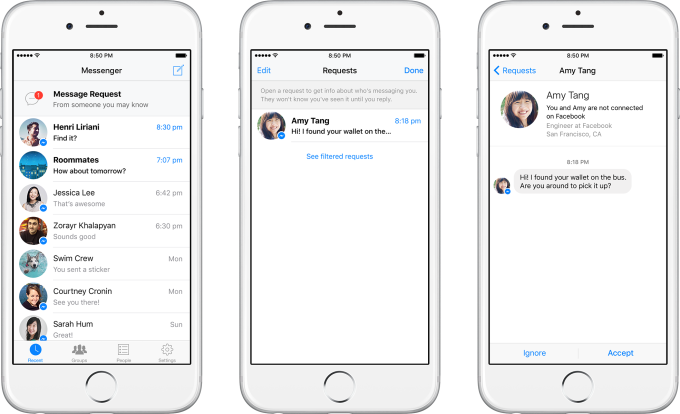 Video has become the hit of mobile, yet video calling is still clumsy. Skype sucks and FaceTime only works on iPhones. Messenger already has VoIP audio and video calling, but many users don’t know about it or rely on it. I’d expect Messenger to launch group video calling to differentiate itself, and use the fun experience of being on the line with several friends to convince users SMS is obsolete.

Plan: Threads Are The New Apps

Messenger wants you to be able to do many of the most common things you do on your phone straight from its chat threads. Chat is the center of mobile, the way search was the center of the web. Now Facebook wants to harness that attention to build a portal to commerce, content, and more.

Marcus writes that Messenger is devising new ways to “interact with businesses or services to buy items (and then buy more again), order rides, purchase airline tickets, and talk to customer service in truly frictionless and delightful ways.”

Facebook wants to allow businesses to operate on mobile without maintaining an app by combining Facebook Pages with the ability to do customer service over Messenger. Since almost every business needs to communicate with customers, Facebook could provide an essential service for free or cheap to pull businesses onto Messenger. Right now the customer service system is still in early testing, but I’d bet Facebook starts formalizing a system for translating those endless touchtone phone menus into message threads.

If Messenger can be where you talk with your closest friends, which you’ll do very frequently, it can use that gravity to pull in other types of conversations. Facebook will continue adding ways to customize your threads with more feeling, similar to WhatsApp, which Marcus describes as “your very own social handshake.” It wants to feel like your digital third space — Not home, not work, but where you can express and relax. 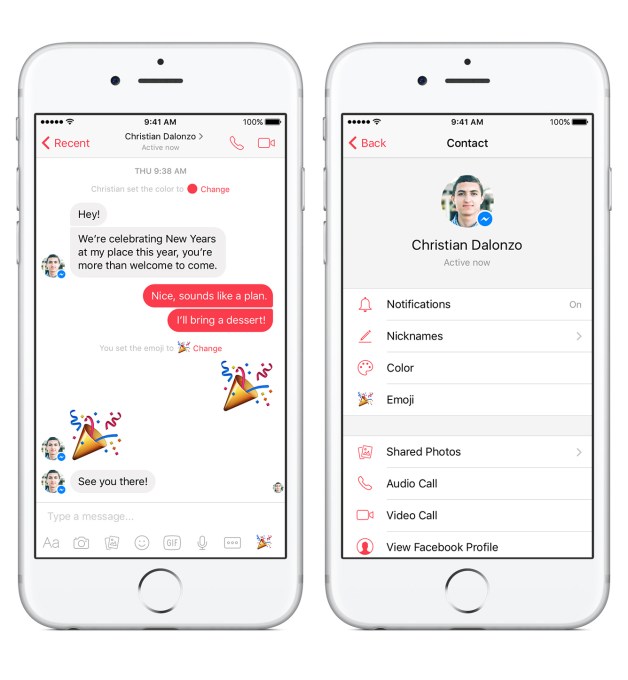 Facebook knows who all of your friends are, knows when they’re online, and it’s where you already go when you’re bored. I expect Facebook will launch a product continuing the mission of Nearby Friends that will focus on helping you discover which friends in your city are available to meet up offline.

In 2015, Google tried to gain traction with “Who’s Down” and Danny Trinh’s startup launched Free, both of which try to find you friends to hang out with. Neither took off. Because they lack ubiquity of installation and engagement, they’re much worse equipped to solve the problem than Facebook. 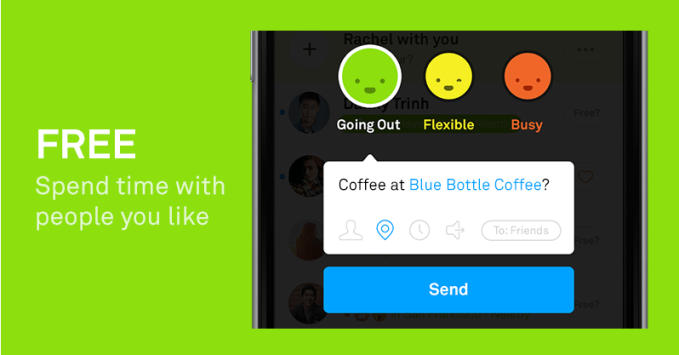 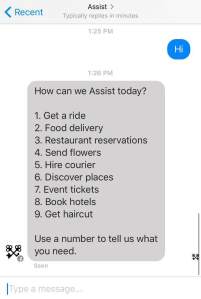 Facebook wants to differentiate Messenger from all the other ways to text message. Thanks to its financial and engineering resources, it’s built the personal assistant M. While M’s combination of human and artificial intelligence will be slow and expensive to roll out, it will teach Facebook about what people could want out of Messenger beyond messaging, and help it understand natural language. That could tie into more voice-based interfaces for Messenger, where it could transcribe dictation or read you messages aloud.

Rather than trying to build all the functionality users could want into chat threads itself, Facebook will launch a platform for building bots and interactive experiences on Messenger. M will serve as a flagship, best-in-class example. This week I broke the news that Facebook has secretly given some developers access to a new Chat SDK that lets them build bots that can automatically respond to text messages, and hook into Messenger’s payments system. Getting outside developers to build experiences for Messenger, the app will make it more sticky, and open opportunities for monetization.

Facebook finally started to embrace a more whimsical approach with Messenger this year. You could make hearts or snow rain down on chat threads with the right emoji. These little design flourishes remind people they’re using a messaging platform with more humanity than cold, robotic SMS.

Facebook has always grappled with worries that it would become uncool. But now that the focus of its product is starting to shift from its social network to its messaging platform, it needs a new playbook to keep that from happening. Expect Messenger to continue taking cues from Asia’s messaging apps like Line and KakaoTalk to make itself more youthful.

Some of these features might seem bafflingly trivial to adults at first, but they rope in kids who have a more playful attitude. Facebook was internally resistant to launching stickers at first, yet they’ve become wildly popular. When people use a product all day every day, it has to offer more than logical utility to keep us from going insane.