You’ve likely seen Double Robotics’ telepresence robot roaming around a tech event or two. The iPad on a stick that live streams into the board room or your living room just released a faster, sturdier version of its robot with an iPad for a face at CES 2016 called the Double 2.

Double launched out of Y Combinator in 2012 and started shipping its first version of the device in the spring of 2013. It has since sold more than 5,000 units globally. You may also recall a special appearance in the season finale of Modern Family season 6, solidifying its mainstream appeal. 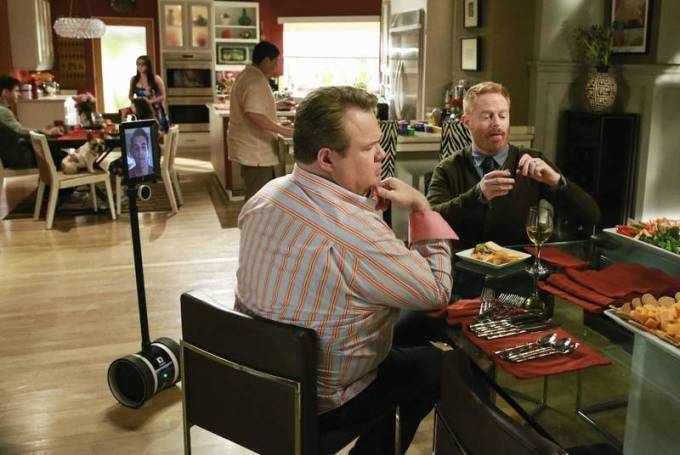 The Double 2 adds a smoother ride and can roam over minimal obstructions such as ground cords or slight changes in floor level. Double Robotics’ engineering team also added greater lateral stability and shock absorbance so the device doesn’t face plant if someone accidentally brushes against it.

A new camera kit allows viewers on the other end to see the room in standard view or in a newer 150-degree wide screen view. The camera is also able to take photos in 5-megapixel high-definition, dynamic resolution.

The Double 2 also goes a bit faster this time around (up to 1.6 mph) to help it keep up with an able-bodied person’s walking pace (as opposed to the grandmotherly .9 mph from before).

Like the original, Double 2 is a cool $2,499, with an additional $249 for the camera kit or $2,999 total for the device, camera kit, audio kit and charging dock combo. The Double 2 is available for purchase in the U.S. and various places worldwide starting today.