Ephemerality be damned. Some art deserves to live longer than 24 hours. So rather than just squirrel away your saved Snapchat Stories, you can upload them to Slinger. It’s a new app aiming to be the permanent home for vertical videos. And thanks to its Popular page and the ability to Like videos, it can help you discover content creators to follow in ways Snapchat lacks.

You could write off Slinger as just a dinky YouTube for vertical videos. But that ignores what’s fundamentally unique about this new medium propelled by Snapchat, Periscope, Hyperlapse, and other apps.

Because they’re shaped tall and slim like humans, vertical videos can capture more emotional, personality-driven content than the horizontal format. Combined with their easy-to-make, point-of-view, off-the-cuff nature, vertical videos are better consumed by following lots of creators in a fast-moving feed than through more cautious channel subscriptions like on YouTube.

Plus, no one likes constantly flipping their phones back-and-forth, so a dedicated stream for vertical vids makes watching easier. “When you watch horizontal video it’s usually on a television or far away” says Slinger co-founder Chris Carmichael. “It’s a disconnected experience. Vertical video emerged from the phone itself. It feels like a FaceTime call. It’s very intimate.”

If Slinger can convince video makers it’s where they should stuff their portrait mode content, it could become the everlasting gallery for Snapchat’s transient creation tool.

By Creators For Creators 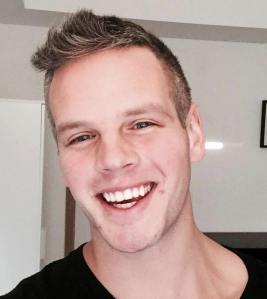 Slinger was built by Carmichael’s three-person team with the money he earned shooting sponsored Snapchats for big brands like Disney, Universal, and Taco Bell. After several failed startups, Carmichael became one of the most popular creators on Snapchat with his funny drawn-on stories and inspirational messages. Since March he’s been working on Slinger, and it just launched yesterday.

Slinger for iOS isn’t complicated because mobile apps shouldn’t be. Make a profile, upload vertical videos, select cover frames to promote them, follow creators, like their clips, and browse the trending page for whatever delights you. For an example, you can check out my profile “JoshConstine” with a video of the robots from Y Combinator’s last Demo Day.

Slinger is rough around the edges. The lack of Snapchat’s useful scene-by-scene tap-to-fast-forward feature can make boring videos agonizing. And there are no video editing tools, even just for trimming unwanted clips off the ends of a saved Snapchat Story. But that’s actually a philosophical decision. “We don’t want to be in the editing space. We want to be the gallery” Carmichael tells me.

For now there’s no way to link to or embed specific videos. Those will be important if it wants to walk through the door Snapchat left wide open.

“On Snapchat there isn’t a place to discover creators” in part because there are no Likes so there’s no way to tell what’s the best content, Carmichael explains. He says getting on the Vine Popular page scores a creator tens of thousands of followers, which both inspires people to make great content and shows what works best in the format. He hopes Slinger’s Popular page will suss out what wins on vertical video.

“What If Picassos Disappeared?”

Bubbling up the best content could also propel Slinger’s business model. Carmichael imagines getting a cut for connecting brands with the top creators the emerge from Slinger, and them shooting compelling sponsored content. 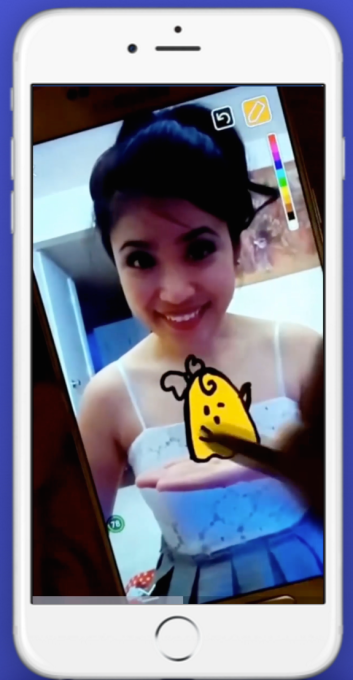 It’s a bit like how Niche worked arranging sponsorship deals on Vine and other platforms. Twitter eventually acquired Niche for a reported $50 million to keep a share of those payouts to creators.

[Disclosure: My cousin Darren Lachtman is a Niche co-founder].

In one swoop, Slinger could both save vertical video art for the future and make its creation a sustainable profession for aspiring stars. Carmichael says he realized “Holy shit, I’m investing so much time into my Snapchats and they’re gone after. If Picassos were destroyed after 24 hours, we wouldn’t know who Picasso was today.”

That might be embellishing the significance of many of the narcissistic selfies and needless diaries that no one wants or needs a day later. But at its core, Snapchat combines all the ways we communicate digitally — photo, video, audio, text, drawing, and symbols — in a single tool. There are bound to be masterpieces amidst the self-destruction.

Slinger is available free on iOS