The Internet is rife with articles espousing digital trends in every shape and form: video is still going strong, IoT, live streaming and “super real-time.” But trends are just that: trends. Today’s hottest thing is tomorrow’s old news. Google Glass anyone?

Only a select few trends have transitioned into true paradigm shifts, but these statistics indicate that smartphone usage, and in turn social media usage, have become truly ubiquitous global phenomena.

The more that smartphone users and social media users are reflective of the population as a whole, the more important it is to remember that Internet “users” are not just clicks or segments. Sitting behind the big data are real people, and they should be treated as such.

A fitting example comes from Comcast, the target of some of America’s most disgruntled feelings, who wisely created two human support handles — @comcastbill and @comcastmelissa — the latter of whom is a self-professed “Mother, Daughter, Sister, Jersey Girl, Gemini.”

They knew that, while Comcast as a brand was (so very) easy to hate, @comcastbill and @comcastmelissa are just two regular people doing their jobs. The two handles ultimately became so popular that the former was spun into a more formal @comcastcares handle earlier this year, probably because the influx of requests became too much for Bill and Melissa to handle by themselves.

Perhaps some of the confusion on the brand side arises from the nuances between digital marketing and social media marketing. Having worked at both Google and Twitter helping brands with their marketing efforts, I can tell you that it is a mistake to take the same approach to both platforms. Traditional digital marketing is a monologue. Social media is a dialogue.

I was one of the first members of Twitter’s fledgling sales team at the time when Twitter was a pioneer in the school of “promoted content,” offering ad units akin to the organic content itself. A promoted tweet is still a tweet. This is in contrast to Google, where I had previously worked as part of a team selling search engine marketing ads.

People have a one-sided relationship with Google. They ask, Google answers. On social media, brands interact with consumers in a dialogue. Even the ad units on social media platforms substantiate this: Promoted posts have the same format as the organic content posted by users, and people can interact with those ads in more ways than just clicking.

You can imagine that at Twitter a huge amount of education went (and still goes) into teaching brands about how to use social media organically. This is most frustrating to the brands themselves, who want to fast forward to the part where people buy stuff.

Social media marketing turbocharges what your brand is already doing organically. If you can take your brand from 0 to 60 (so to speak), social media marketing is a powerful way to take it from 60 to 120. But this is only the case if it is built on a base of authenticity, by being a real voice in the community and a part of the conversation.

British Airways recently felt the sting from not listening or properly identifying its audience. In a couple of tweets, famous Indian cricketer Sachin Tendulkar expressed frustration about BA service. 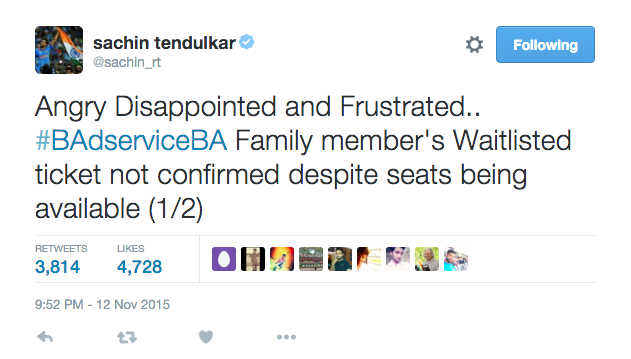 The airline responded with an impersonal answer. And a lot of people saw it. 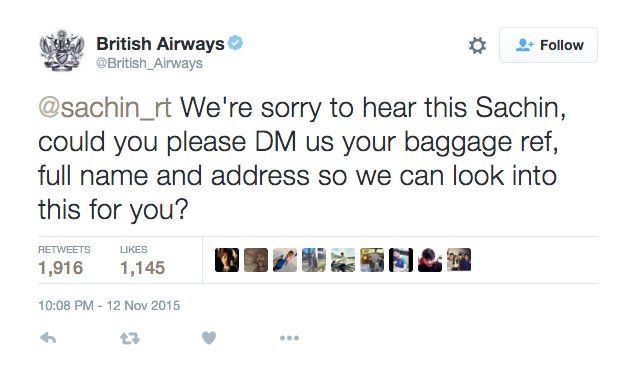 Soon the conversation spiraled over social media, with cricket fans scrutinizing BA’s generic response to a national sporting hero. After so much attention on social media, traditional media picked up the story. Not the sort of exposure the brand was looking for from one (generic) tweet.

On the flip side, take REI, who has nailed its customer-centric offering over social media. The outdoor recreation retailer went completely against the grain with the decision to close all 143 of its stores on Black Friday this year, encouraging customers to instead #OptOutside.

Regardless of whether you think it was authentic or a publicity stunt, the decision rallied the support of nearly 1.5 million people, and reached exponentially more. It worked because it was so in line with REI’s values as a brand. It acknowledged that customers are human beings with meaningful interests outside of their consumer interests, which in turn humanized REI’s brand. The result? REI’s online traffic increased 26 percent on Black Friday.

That’s the difference between “social media listening” (brands sitting back and watching people talk about keywords) and actually listening. REI listened to its customer base and used the insights to drive its marketing strategy, and it paid off.

Listening is not a trend. It is a basic human practice that is inherently important in (social media) two-way marcomms. If you are reading about 2016 trends or tips to improve your social media next year, don’t. Stop reading. Because if you don’t have listening processes in place first (which will inevitably guide your communications and creative ideas, if it’s not already), it will be a waste of time.

Social media is a way for your brand to have a human voice in an ever-growing digital audience of your real, human customers. Once you have listened, engaged, taken feedback to effect change in your business, closed the loop with your customers and built a relationship over time, only then can you consider selling. So listen to your customers, know them and serve them. Then the sales will come.