If you’re a Vine user then you know that finding new clips can be difficult. I rely mostly on my network to surface really funny Loops, but the team wants to make it easier for you.

Today it has introduced a new channel within the app called “For you.”

Here’s what Vine had to say about it today:

Our home feeds on Vine are filled with posts from the accounts we follow across comedy, music, sports and more. The world of entertainment on Vine extends far beyond our home feeds. There’s a ton of great content created by accounts you may not follow, and we’re bringing those posts to you.

You’ll see a new section at the top of the app, pointing you to the For You channel. Tap it to dive in. This is rolling out first on iOS and will be coming to Android before you know it. 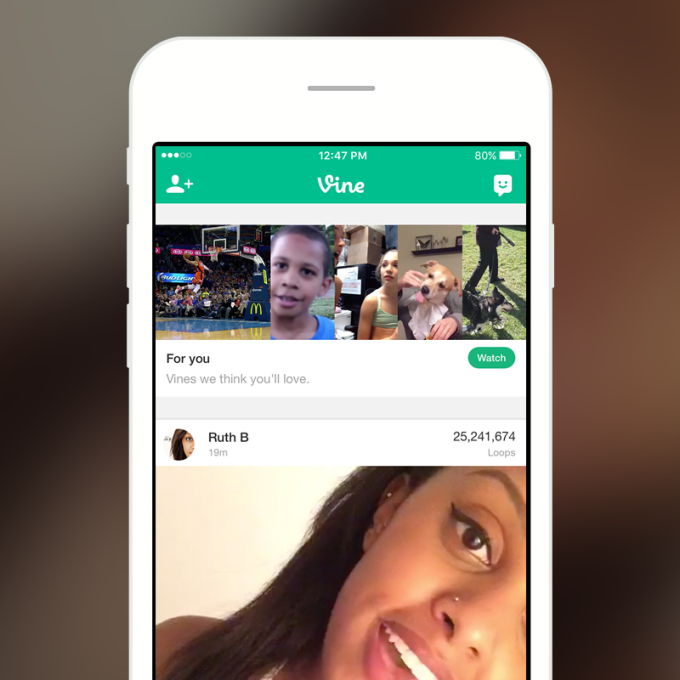 The app will now surface stuff you might like based on what you’re currently watching on the platform, whether you’re following the actual accounts or not. It’s out for iOS now and will be coming to Android soon.

While you’re downloading the update, might I suggest viewing this Vine over and over? You’re welcome: