Yahoo Japan, the joint venture between SoftBank and Yahoo, has launched a bid to buy Ikyu, a popular online travel and restaurant reservation platform in Japan, for around $830 million.

Yahoo Japan is offering to pay 3,433 JPY ($28.36) per share for Ikyu, which is listed on the Japanese stock exchange. That represents a 42 percent premium on Ikyu’s most recent share price, and it means Yahoo Japan could pay just over 100 billion JPY for the transaction. (That adjusts to around $829 million based on current exchange rates.)

Ikyu was founded in 1998 and it began offering online bookings for hotels and Japanese-style ‘Ryokan’ inns two years later. It branched out into restaurant bookings in 2006 and, today, it claims 4.13 million customers and also has a ‘no frills’ hotel offering for business users, spa bookings, and an overseas hotel booking platform.

With Yahoo Japan already running travel and restaurant bookings services, there’s plenty of synergy between the two. Indeed, Ikyu’s founder (and largest shareholder) Masabumi Mori proactively approached possible partners who could take the company’s business forward into other verticals. Yahoo Japan said it will help boost the company’s core markets of hotel and restaurant bookings, while also assisting its ambition to enter new verticals to become “a platform providing a rich life for high-end customers.” 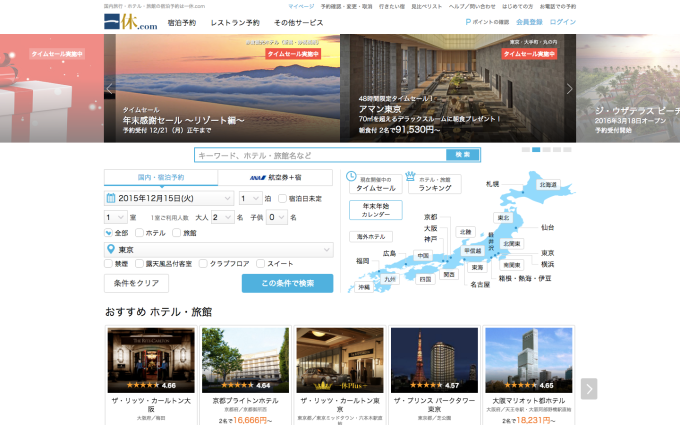 Yahoo Inc is famous for its colossal stake in Alibaba — which it just scrapped plans to spin off following pressure from shareholders — but Yahoo Japan is another Asian investment that has blossomed for the U.S. company. Yahoo’s 35.5 percent of the organization is worth around $87 billion — SoftBank holds a further 36.4 percent. Earlier this year, Yahoo began investigating the possibility of offloading its Yahoo Japan stake but it won’t be letting that go. Following the change of plan for its Alibaba stake, the Yahoo Japan holding will be moved to a newly created company that will house Yahoo Inc’s other “core” assets and businesses, such as Tumblr.