Adobe is releasing a new “State of Content” survey that outlines five broad rules for marketers in 2016.

Loni Stark, a senior director of strategy and product marketing at Adobe, told me that the goal was to help creative professionals answer the question, “What’s the best content for my customers and for my audience?” While the focus was on the content marketers who use Adobe’s Marketing Cloud, Stark suggested that the findings should apply more broadly to anyone in the content business: “On a high level, the trends are pointing in the same direction.”

I suspect that none of these findings will be particularly shocking, but what’s more interesting is  connecting the broader trends with specific strategies. In this case, Adobe said it conducted two online surveys in September, ultimately getting responses from more than 12,000 people in six countries (the United States, United Kingdom, Germany, France, Australia and Japan). To participate, you had to be at least 18 years old and own a digital device. 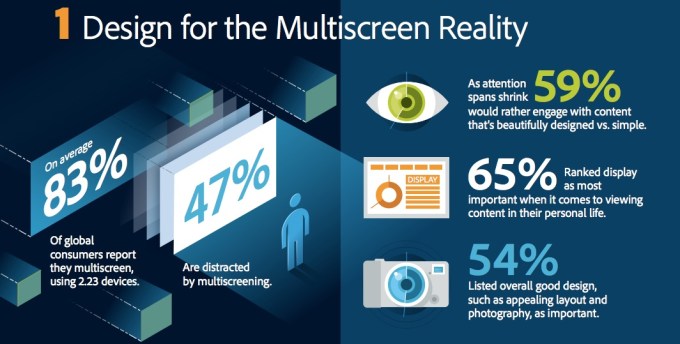 Here are the findings:

You can read the full report here.