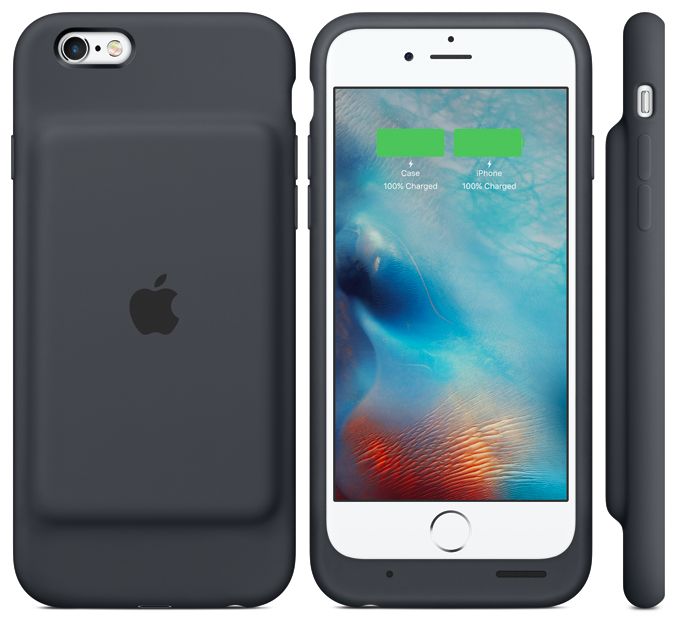 Heads up, Mophie, Otterbox, and everyone else making iPhone cases with built-in batteries: Apple is jumping into your market.

Known for its ability to generate insane buzz, it’s not every day we see Apple quietly launch a brand new product out of the blue — but here we are.

The Smart Battery Case, as Apple has dubbed it, extends the life of the iPhone 6 or 6s. It’ll cost $99, and it starts hitting the shelves this morning.

While there’s no shortage of third-party battery cases out there already, Apple has something of home turf advantage here — namely, they can do whatever the heck they please with iOS to compliment their case in ways that no one else can match until/unless Apple opens up the APIs.

Take, for example, this screenshot (below, left) that shows what pops up on your lockscreen when you’ve got their new case plugged in: 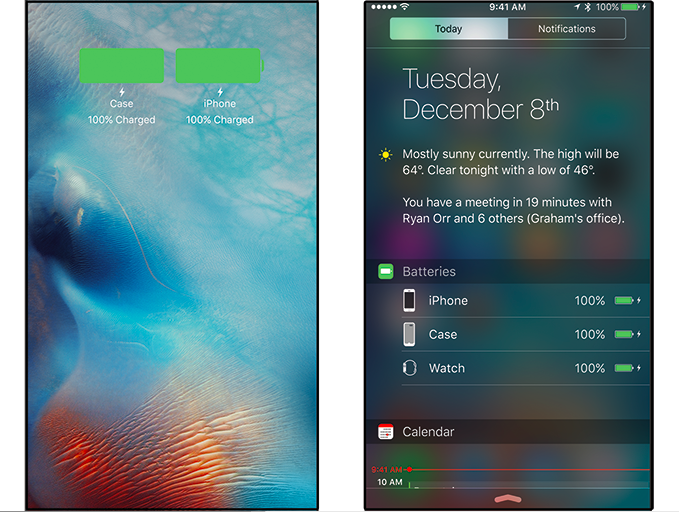 Note that there’s two battery indicators here; one for the status of your iPhone’s built in battery, and one for the battery in the case. Third party cases can swing something along these lines in their own, purpose-built applications — but not right on the lockscreen. A similar meter shows up in a battery widget in your notifications drop down (pictured above, right)

It’s also the first time anyone’s built a case (or, at least, an Apple-certified case) with a fully featured Lightning port. Most third party cases tap something like microUSB for when it comes time to charge the case itself — that means one more cable to carry around and, in most cases, it means taking the case off when you want to sync up over a wire. Apple’s case can more or less just live on your phone.

Oh! And the case has passive antennas built into it for good measure, ensuring that the extra hardware strapped onto your phone doesn’t chip away at your cell performance.

Apple dabbling in this market makes a good amount of sense. Battery technology has hit something of a wall in recent years — so at this point, Apple has got two options: stop making iPhones so damned slim, or keep at it and encourage people who need more battery life to strap on extender batteries. They’re probably not going to do the first one any time soon — and if they’re going for the second option, they might as well build the battery themselves.

I want to spend a bit of time with the Smart Battery strapped to my phone before I say too much about what I think about it, but expect more impressions later today. For now, I’ll say: I’m digging the slightly—stretchy one piece design, as opposed to the two interlocking pieces (one to house the battery, one to slide down to hold the phone in place) involved with most third party battery cases. More later! 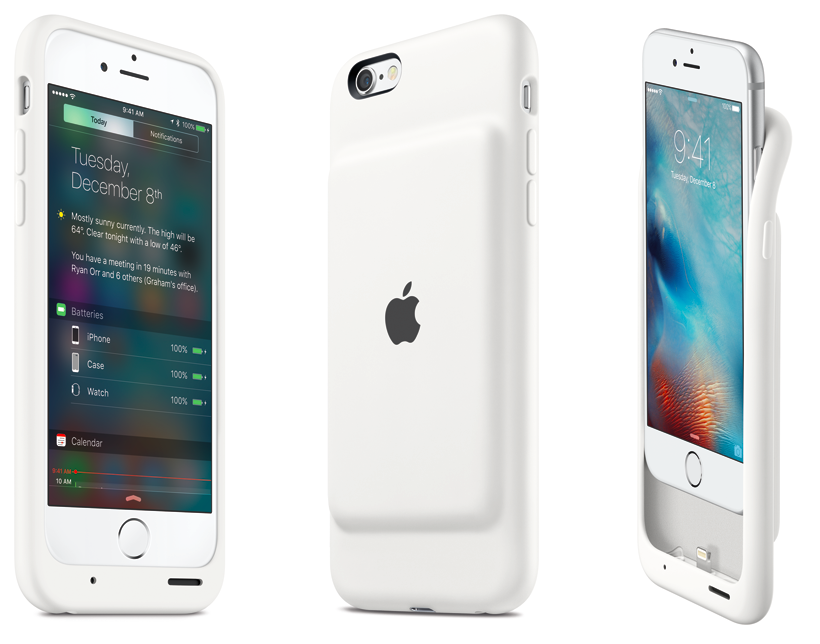