It’s designed much like a language translation interface, so someone who’s trying to understand what a piece of code is doing can search for a particular Javascript word or phrase within that code to see a definition of what a term such as ‘onclick’ might mean in that particular context. The interface returns a percentage breakdown of how confident the system is in its definition for that term.

During the hackathon they uploaded a training document to Watson, and created two classifier sets — one for definitions of code terms and one for phrases, explains Roslyn.

“What Watson is doing is it’s looking at my 200 definitions and it’s saying ‘okay onclick — that probably means the user clicks an HTML element’,” she says.

Here’s the background view of what they built… 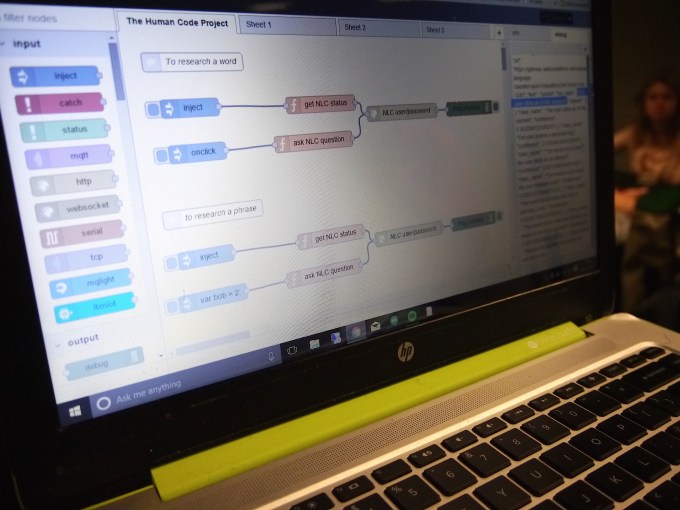 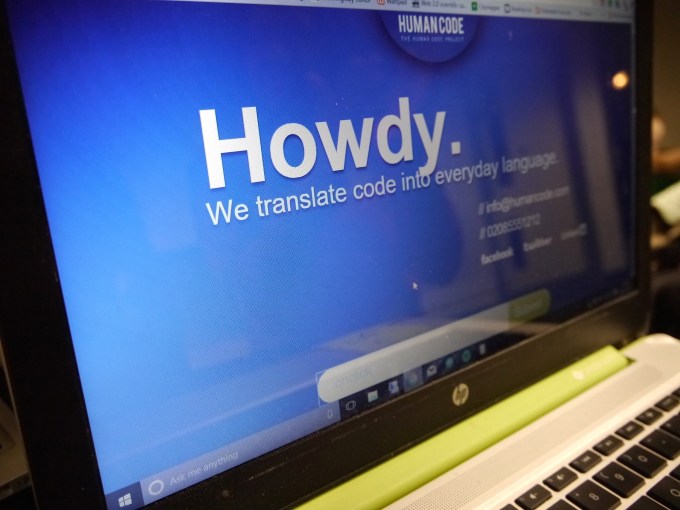 “There are so many [programming] languages. I just don’t think Stackoverflow is as reliable as it could be,” adds Roslyn. “It’s just about being able to methodically learn code. I believe that with Watson we can sort of standardize the answers, so we have consistency. And brevity.”

“For businesses it will help the business side communicate with IT. For young people it will be a nice resource for them to learn how to code,” she adds. “This is a very easy way for people to get into code.”

Roslyn is a business consultant who also makes apps on the side. Her 15-year-old son Dalton — who did the coding for this hack — has been learning to code for two years, being inspired to start building stuff in Python after attending a Mozilla event. The pair are veteran hackathon attendees at this point — having been to some 50 or 60 over the past year-and-a-half.

They’re planning to keep working on the project. “I have to learn to code anyway, so when I find code I’m just going to translate it into English — even if it’s just for myself,” says Roslyn.

Merging the front and back end, getting other APIs working and “keeping training Watson” are next on their dev list, and maybe also adding a way for users to add comments. “I’d like to have it so people could contribute,” she adds.