Some of us, four-legged friends included, hit some bad luck once in a while. Some have it harder than others. A good friend of mine, TurboRoo, has an interesting story to share and a new campaign to help others in his situation.

Turbo was brought into a vet in 2014 to give up for adoption. He was 4 weeks old and was born without his front legs. Luckily, he was adopted by the awesome Ashley and Ray. Watching Turbo try to get around without his front legs troubled them so they built him a little cart out of toy parts. Turbo got lots of press and then an aerospace engineer in San Diego tried to help out with his magical 3D printer. He made him a little cart, turning Turbo into TurboRoo, the first-ever puppy to get 3D-printed wheels. 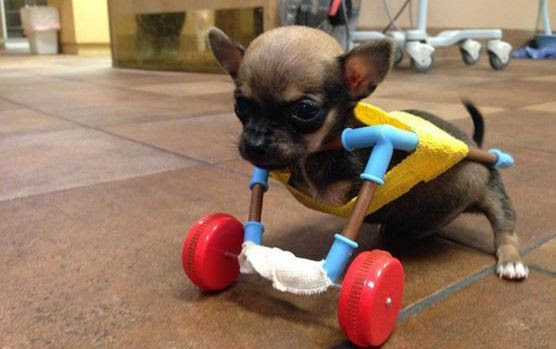 The couple that adopted TurboRoo has continued to tinker around with 3D printing, along with the 3D printing store in Denver, and announced a project called “Pawsthetics” and they want to help all different kinds of animals who could benefit from 3D-printed parts. 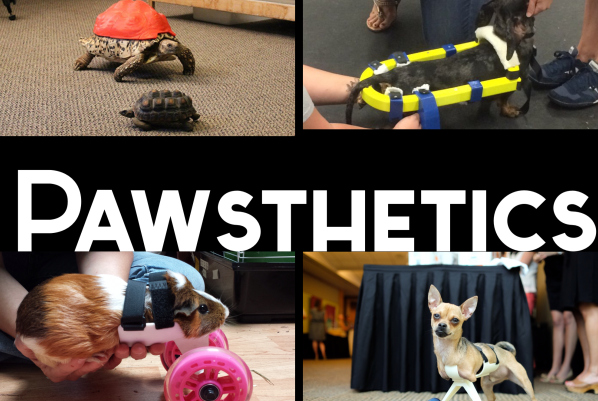 Since this is a somewhat expensive space to jump into, they’re trying to get $50,000 with their Indiegogo campaign, and you can give any amount you want.

Here’s how they plan to spend the money for their already-booming business:

We are asking for $50,000. This cost would cover projects, designing, and the end result the prosthetics themselves. We will also take a portion of this to set-up an ongoing fund to help pet owners receive these prosthetics in the future. We have several projects ready to be designed.

-Wound covers. (Preventing the animal from worsening a wound by chewing, scratching or disrupting the wound, while also allowing air to reach the wound.)

The possibilities are endless. We receive 1-2 new requests a week, where owners would love to create something to help their animal but do not have the resources.

The little friends in our lives need your help, too! It’s great to see technology used for something awesome like this. Happy Thanksgiving.