Amazon Household, the program that allows adults living under the same roof to share their Amazon Prime benefits, including free shipping and access to Prime Video streaming, has been expanded today, to now include Prime Photos storage. That means that each account holder will receive unlimited photo storage in the cloud plus an additional 5 GB of storage for videos and other files.

Until today, photo storage was one of the few options that the Household program didn’t include, as it already allows members to share e-books, audiobooks, apps and games across their shared devices.

Free photo storage in the cloud is the new baseline for photo-sharing services, it seems.

Google, for example, offers unlimited free storage for photos in “high” quality on Google Photos, and only charges if you want to save your “original” quality images. Flickr, meanwhile, offers a terabyte of free storage, which is more than enough room for most people’s photo libraries (for now, at least). And though Facebook doesn’t currently emphasize it, if you turn on the option to automatically sync your smartphone photos to a private album on its social network, it never seems to run out of room.

Similar to other free photo storage sites, Amazon Photos has some restrictions. Photos you upload from your desktop browser must be less than 2 GB in size (to go beyond that, you have to use the Cloud Drive desktop app), and there are some limitations (though not many) on supported formats. For instance, many RAW file types are supported, but not all. In addition, Amazon says that its free, unlimited photo storage is designed for personal use only – not for professional photographers. 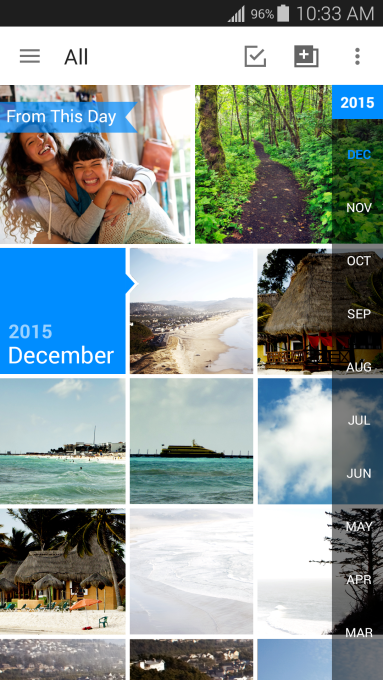 Amazon has never really pushed its Prime Photos benefit that heavily, and the related mobile app has received few significant updates over the years. It’s still largely utilitarian in nature – a tool you use to automatically backup your photos to Amazon’s cloud for safe-keeping and not much more. Unlike its competitors, Amazon doesn’t appear to be trying to compete with a social photo-sharing service or develop a community around its users’ shared photos. Instead, free photo storage is just another box for Amazon to tick – albeit one it’s checking off somewhat belatedly – when it comes to its Amazon Household’s list of benefits.

Also of note: the retailer has been readjusting its Amazon Household program this year to make it more applicable to more traditional, two-parent families, instead of a way for users to invite their friends to try out a limited Prime membership. In the past, Amazon allowed Prime members to share their shipping benefits and more with up to four other “household” members, but it changed that this summer to limit sharing to just two adults and up to four children. Given the new limitation on sharing benefits, it makes sense that Amazon would now roll out the unlimited photo storage to its Household members.