Docker announced the Docker Universal Control Plane (UCP) at its developer conference in Barcelona today. The UCP is a new paid service in Docker’s portfolio that is meant to help ops teams easily set up a cluster and enable developers to deploy dockerized apps to it.

According to Docker’s VP of product Scott Johnston, there has always been some tension between developers, who just want to start adopting Docker and other new technologies, and the IT operations teams tasked with guarding the safety and reliability of the company’s infrastructure. Typically that meant tradeoffs had to be made because it’s hard to ensure both speed and security at the same time.

Using the new tool, enterprises will be able to give developers the self-service options they want using a basic graphical interface and the standard Docker command-line tools, while IT gets the ability to deploy and manage the infrastructure.

As Johnston noted, the product was built on top of existing tools like the Docker-native clustering manager Docker Swarm, Docker Engine, Docker Compose and other standard tools. In addition, however, the team added a lot of control features that enterprises need. UCP, for example, integrates with existing LDAP and Active Directory installs, for example, and lets admins control access to specific clusters, apps, containers and images.

Enterprises deploy the UCP on their premises, but the service can then control both local clusters and those that have been spun up in a public cloud. The reason for that is that the service uses the standard Docker APIs across the board, which will make it very easy to use for developers who are already familiar with Docker.

At the same time, this also means that the service can be extended with virtually every existing service in the Docker ecosystem. So if you need a more sophisticated monitoring solution, for example, the existing services can plug right into your UCP cluster.

In many respects, UCP is the on-premises enterprise version of Tutum, a cloud-based service for deploying and managing Docker apps that Docker acquired last month.

UCP is now available as a private beta (you can sign up for it here). Docker has not announced any pricing yet and it’s unclear when UCP will be generally available. 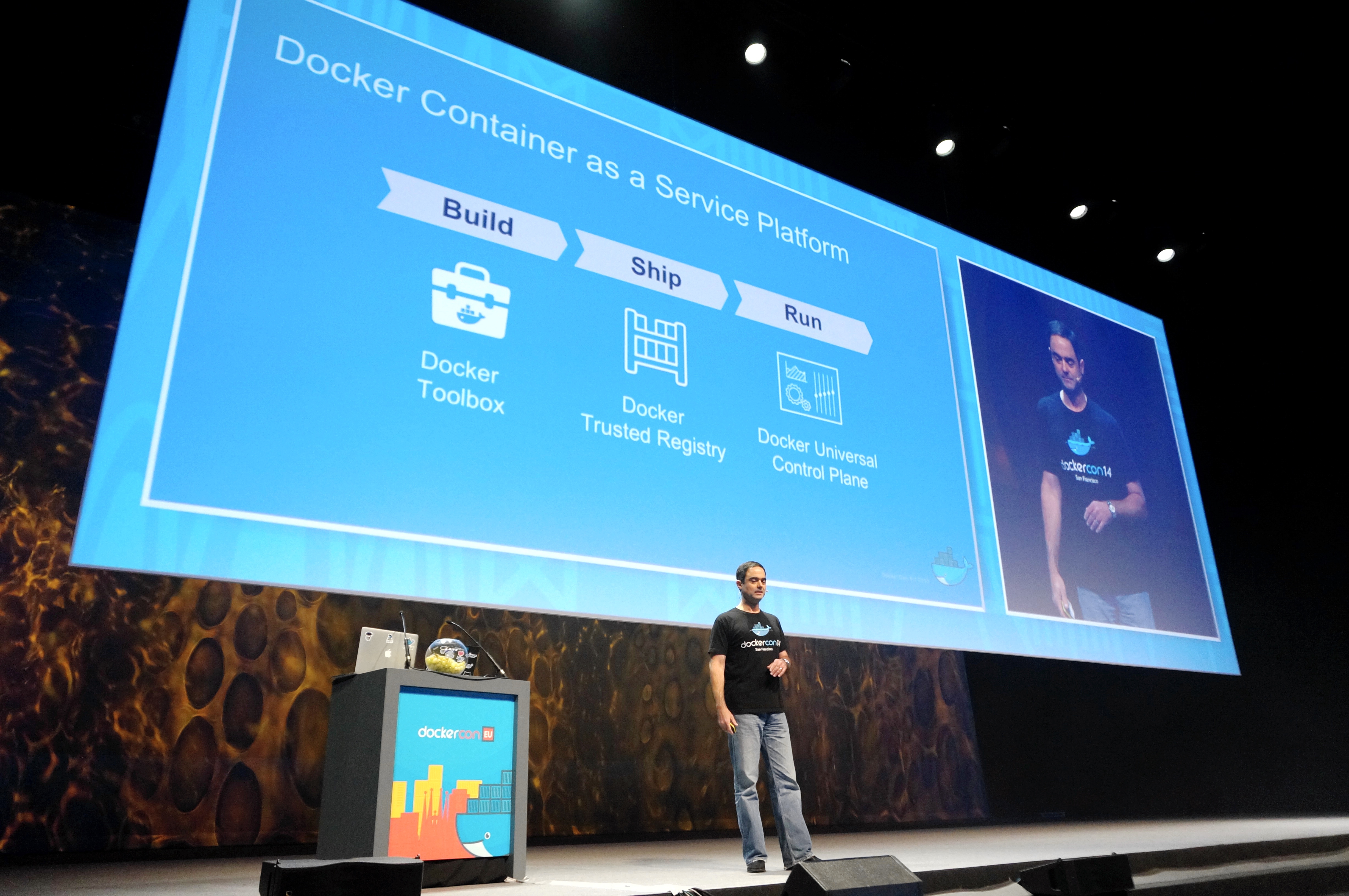