Box’s recent platform push is more than a new product direction for the company. The service may become a key revenue driver for the enterprise-facing productivity shop.

I recently sat down with Aaron Levie, the CEO of Box, and his recently hired head of platform, Jeetu Patel, to dig into the matter. At its most basic, the quickly growing company wants to power the content layer of apps everywhere. If that made no sense, don’t worry. We’re going to do this holding hands.

What Is Box Platform?

Box, a well-known enterprise productivity shop, pushed Box Platform into general availability this October. Box Platform is Box proper, but it’s delivered as a platform, which means that developers can spin up a Box instance inside of their applications.

This, in theory, helps developers who use other products, such as Stripe for payments, offload part of their development workload onto Box. Think about it as a way to use, in your own app, the code that Box has spent years building without having to rebuild it. Selling products in this manner to developers is roughly as new as papyrus, but for Box it marks an important addition to its business model.

The company didn’t get here overnight. Box Platform, originally introduced as Box Developer Edition, was first announced in April. I then dragged Levie to New York to dig into it1. At the time he said the product was in a very early preview. It was, therefore, trying to make it to market.

In September, Box delved more deeply into the product, now called Box Platform, and promised an October release, which it made good on. TechCrunch’s own Ron Miller had this to say at the time about Box’s new direction: “If you had any doubt before, Box made it crystal clear today. It’s about the content, baby and nothing else matters.” I like to think that Miller was making a Metallica joke, but I digress.

Box, the product that the firm sells to companies both large and small, is not going away. Instead, the company has taken what it has already built and created a method for it to be more broadly deployed by third parties.

In practice, that means that apps can employ Box technology internally, allowing users to store and manage content inside the app itself. The end-user of an app that leverages Box Platform will not be aware of that fact. Box’s tech folds into the overall experience.

Levie called the decision to allow usage of Box technology in this way a “big breakthrough.”

The choice, as I can understand it, is that by ceding some brand preeminence on the user-facing side, Box expects to see broader adoption of its code. And in the general construction of Microsoft’s CEO Satya Nadella, revenue is a lagging indicator to usage. 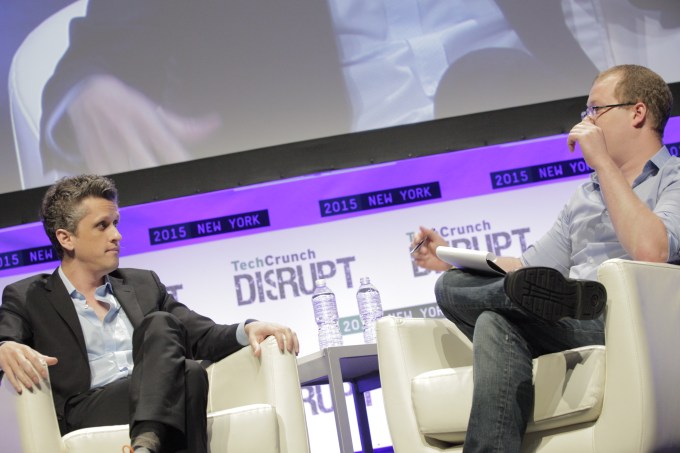 In the future, Patel says, “every company is going to be a software company.” Box, it appears, wants to help. According to Patel, large companies often have many content management systems in place. Box Platform wants to supplant the lot and become The One.

Levie echoed the point, saying that his company is “at the starting line” of the content platform game, and that it is currently “in a market of one because of how many years we have been doing this [sort of thing].” Both appear to be making the point that, due to the work Box has done to build out its traditional stack, it can, at least in their minds, quickly grow in this area.

Box Platform’s content management as a service (CMAAS?) push is why Patel was hired. It’s his to run. He says the response to Box Platform has been “overwhelming.” So what does that mean? An excellent question.

New corporate products can be modest, additional or masters. That’s to say that companies often build new tools and services and features and apps and the like that are not designed to reinvent their core business. Apple Music is not going to dramatically change the fact that Apple is a hardware company. That’s fine, but the platform game is odd, after all.

Sometimes a new product can be not dominant, but still very important. And then, there are product lines that create a large slice of top-line pie charts. Box expects its Platform tool to be the last.

That’s a sentiment that Levie actually expressed in the above-embedded interview, so it is hardly news. But I did press the company on when we can expect revenue from Box Platform to be broken out as its own KPI. That’s dork-talk for when, during its quarterly earnings reports, Platform will report its own revenue and profit, apart from Box’s traditional offerings. Companies generally make that move when, to our discussion, something becomes big enough internally that it warrants its own record deal.

During our interview, Levie did indicate that Box would break out Platform top line at some point. Given how new the service is in general availability, I was not too irked by a lack of a more formal timeline.

The key takeaways from my trek to Box’s San Francisco offices were twofold: First, I will never let anyone complain about my dress shirts being too unbuttoned thanks to Levie’s example. And second that Box hopes that app developers of various stripes will use Platform at scale, helping to drive its revenue growth.

If you are doodling financial models for Box, you might need a few more columns.

Box still burns cash. It has promised investors that it will reach cash flow not-red-ink in its fiscal 2018. I am a betting sort of man, and I would wager you a PBR that in its own models, Box expects Platform to be a key factor in meeting the pledge.