Putting anyone who can’t fend for themselves into harm’s way is a monstrosity. Every single day, media of all types depicting children in sexual scenarios are being uploaded to sites and services all over the world.

It must stop. But how? 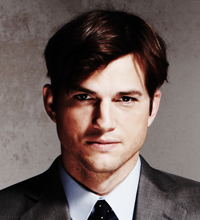 In 2009, an organization called Thorn was set up to combat human sex trafficking, and actor and investor Ashton Kutcher helped lead the charge. Today, the group is announcing its plans to set up shop in San Francisco to bring together the best and brightest minds in technology to come up with solutions to stay ahead of these heinous bad actors who are preying on our children. Thorn’s Innovation Labs is partnering with the biggest tech companies around, including Google, Facebook, Microsoft, Expedia, IAC, Sabre, Twitter, Amazon Web Services and Pinterest. They’re also hiring.

Thorn CEO Julie Cordua spoke with me about the move and the organization’s mission — to drive technology innovation to fight child sexual abuse. Part of getting Thorn going in its exploratory phase was seeing how they could be helpful in the fight, so they built out what they call a “task force” in Silicon Valley with help from big companies and investors, including Ron Conway, Google, Microsoft and Facebook.

Others have joined along the way to think about and enact how technology can keep up with all of the data that is being transferred illegally.

You have to start somewhere 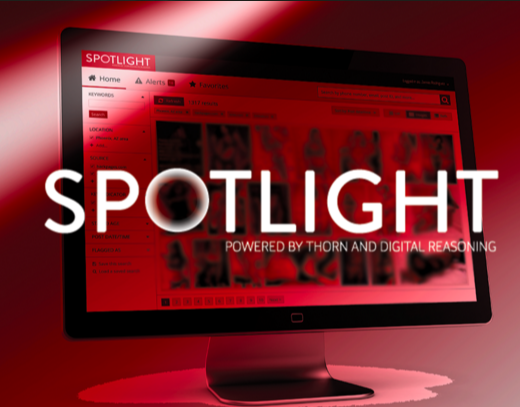 Cordua told me: “There was no concentrated effort to deploy technology as a part of the solution to child sex abuse. There’s gaps, and our founders have an incredible network of technologists that makes us uniquely positioned to bridge those gaps.”

To get things started, Kutcher has been lending his voice, as well as capital, to help build out an engineering team at Thorn, as well as offer fellowships to talented engineers.

These are multi-layered issues, and Kutcher tells me “You have to get into the mindset of the criminals. Until you understand behavioral cycles you can’t build things to beat them to it.” It’s an intense issue that requires intense attention. Thorn is seeing wins, which helps them and their task force keep the pedal to the metal: “The first tool we launched cut investigation time down 40 percent. We’ve seen 100+ cases of outstanding outcomes.” Kutcher continued.

Setting up a permanent spot with permanent employees will be the key to building on those wins. Information sharing leads to these wins, Cordua and Kutcher agreed. An example of that is the unified hash system Project Vic, which Thorn supports, Kutcher touts it as the largest in the country. The aim is to make the workload of investigators a bit easier to manage, letting them check imagery against a massive database that isn’t chopped up among jurisdictions and organizations. That one system of truth is another example of planting roots to build better systems. 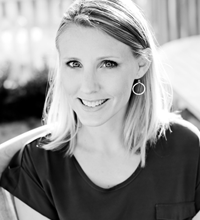 Getting the government and law enforcement involved has taken a few years, Cordua tells me.

“It’s hard because it’s such an established field,” she says. “We worked hard to be a really good partner to those who are established. We’re trying to be additive. The way we grow is to be an incubator that enables people who are doing this work to do it better.”

Spotlight most definitely helped build those relationships, and Thorn tells me that it’s being used by over 1,500 officers. For free.

“We have 20 officers as part of an advisory group, and they don’t usually contribute to software. They walk us through how you try to find offending material online. We show them a feature, and we go from there,” Cordua explained.

Google’s VP of Public Policy, Susan Molinari, told me why Thorn’s work is important outside of the obvious reasons of putting the brakes on the horrific crimes happening to children: “What’s so great about Thorn is that it’s getting involvement from all tech companies and we’re working together on this. We hope to get smaller companies involved who are on the cutting edge. There’s now a place where they can go to share their ideas.”

Everyone I spoke to about Thorn’s Innovation Lab agreed on one thing: raising awareness and indignation on topics such as these are key. Even if you’re not an engineer, you can participate by raising awareness, educating yourselves, your children and even your colleagues. Since some of these lawbreakers are stupid enough to use work computers and the Internet to seek out children to have sex with or view content depicting them in a way they shouldn’t be, internal security at companies has never been so important. “Whether you work for a tech company or not we all have an obligation to protect the innocent,” Molinari said.

Kutcher is keen to get the Lab going, and its location was not accidental: “The best talent is here. It’s easier to access and recruit engineers in Silicon Valley. We’ve also gotten free help, too, which is extremely valuable.”

When you put together the kind hearts of those trying to protect children, along with big voices and big technology, things are bound to get better. The wins, which Thorn sees daily, will continue to keep them going.

There is #NoSuchThing as a "child prostitute!" Sign the petition to tell @AP to stop using the term –> https://t.co/ccf0hNhMmW

How can everyone get involved, be more diligent and do more to put these shameful acts in front of the law and to an eventual end? “Have ideas? Bring them forward,” Kutcher says. “Pursue it. Also flag content when you see it. Remember that a lot of the kids being abused are right near you. Same with perpetrators…and the ‘bad actor profile’ isn’t what we think it is.”

You can get involved by spreading the word. Talk about it, even though it’s a difficult topic. Be open. Get upset. Zero tolerance. Leave our children alone.