In one of the most widely viewed TED talks of 2012, General Peter van Uhm, the highest-ranking military commander of The Netherlands spoke about his chosen instrument for making a contribution in our world — the gun.

“When I look around, I see people who want to make a contribution. I see people who want to make a better world, by doing groundbreaking scientific work, by creating impressive works of art, by writing critical articles or inspiring books, by starting up sustainable businesses. And you all have chosen your own instruments to fulfill this mission of creating a better world. Some chose the microscope as their instrument. Others chose dancing or painting or making music like we just heard. Some chose the pen. Others work through the instrument of money.  Ladies and gentlemen, I made a different choice….I chose the gun.”

In my case, I didn’t necessarily start out choosing the gun; it chose me. As a young man from a rural Montana family with six siblings, my hope of a college education was predicated on gaining compensation for either my academic or athletic prowess. West Point came seeking both.

I wish my choice at that time had been inspired by a desire to support and defend the Constitution of the United States against all enemies, but I suspect it had to do more with personal economics and selfish aspirations. That internalization of selfless service and the willingness to place the wellbeing of others ahead of myself (and now my family) is a disposition that has matured over two decades and now shapes the core of my character.

Deano Roberts Contributor
Deano Roberts is a Director at Slack. Following his graduation from West Point, he went on to serve as an Apache attack helicopter pilot serving on several deployments. He commanded the US Army’s Primary Flight School and a Weapons of Mass Destruction Unit. In addition, he served as a counterterrorism and disaster response expert with NORAD and US NORTHERN COMMAND. He still serves today as a Lieutenant Colonel in the US Army Reserves working on disaster response coordination for California and the Pacific.
More posts by this contributor

After almost 20 years of waking up every day (sometimes in very far away places) to a wardrobe of camouflage, an environment fraught with personal risk, and a team that would and has literally died for one another, I wanted a place that would continue to challenge me while allowing me the privilege to still make an impact on others’ lives at scale.

Silicon Valley was exactly that place. The Valley is a space, like the battlefield, that rewards speed, decisiveness, risk taking and adaptability. Technology is an operating environment that, like the operating environments of Bosnia, Iraq or Afghanistan, recompenses rapid iteration and innovation. That is why I now wear the camouflage of Silicon Valley — a mostly pressed (but still slightly disheveled) dress shirt with sleeves rolled up and un-tucked with jeans and shoes that looked scuffed but not Burning Man tattered.

At work when I hear the words “crisis,” “risks” and “pressure,” I smile a bit and, like most veterans, have an understanding of those words and their impacts in a completely different context. By all measures those descriptions of daily operations in any rapidly scaling technology company are very real feelings and concerns. But to your average veteran, those “crisis” days just seem like any average Tuesday. We are comfortable in that crisis state. 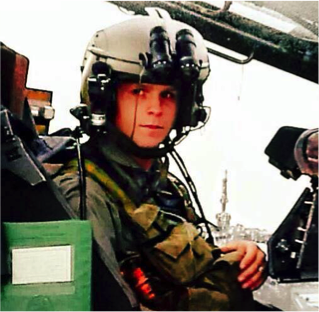 Every veteran operates off two principal maxims: 1) Fulfill your boss’ intent passionately, ethically and without complaint. 2) Take overwhelming accountability for you and your team’s actions should they come up short and when you’re met with success immediately divert that praise to your team.

I am proud of Silicon Valley’s occupation with diversity and the notion that inclusive teams make things better. There is another underrepresented diversity group among our peer population: veterans. As with other diverse populations, veterans bring the sum of their experiences, choices and culture to benefit any team by broadening their perspectives, processes and outcomes.

So on this Veteran’s Day in Silicon Valley, which is about as far as one can physically, social-economically, and practically be from the front lines, I and most veterans don’t seek your appreciation or recognition. Rather, we’d simply ask for your consideration. Consideration that these women and men could benefit your teams. Consideration that the experience and training they have operating in stressful environments — often short of resources and frames of references — make them exactly the team members you need for your rapidly scaling organizations.

At Slack, our product and teams are driven by the most important of our values: empathy. Empathy begins with the recognition that another and their experiences exist. So in this spirit of empathy, as more or more of our nation’s veterans put down the gun for their next instrument of change, I’d encourage your consideration.