Earlier this year, Neone announced its plans to launch a private social network based on a small hardware appliance called the Neobase. The original Neobase Kickstarter didn’t succeed, but instead of giving up, the team decided to rework its original plan, and now Neone is back and ready to sell the Neobase directly to consumers.

There is still a Facebook-like private social networking component at the heart of the $199 Neobase, but the team now thinks of it more like a communications hub that focuses on secure sharing. Besides the social networking feature, the Neobase also features a photo-sharing service — and the plan is to add more features like this with future updates.

As Neone CEO and founder Dave Glassco told me, he came up with the idea of this product a few years ago. What he wanted was basically a jukebox and digital file cabinet that he — and his friends — could access from anywhere.

“More than ever before, people are aware of Internet safety risks and worry about who sees and controls their online activities,” said Glassco. “We built the Neobase to give people an easy way to share and communicate with unprecedented safety and control; they can now feel free to share with family and friends.” 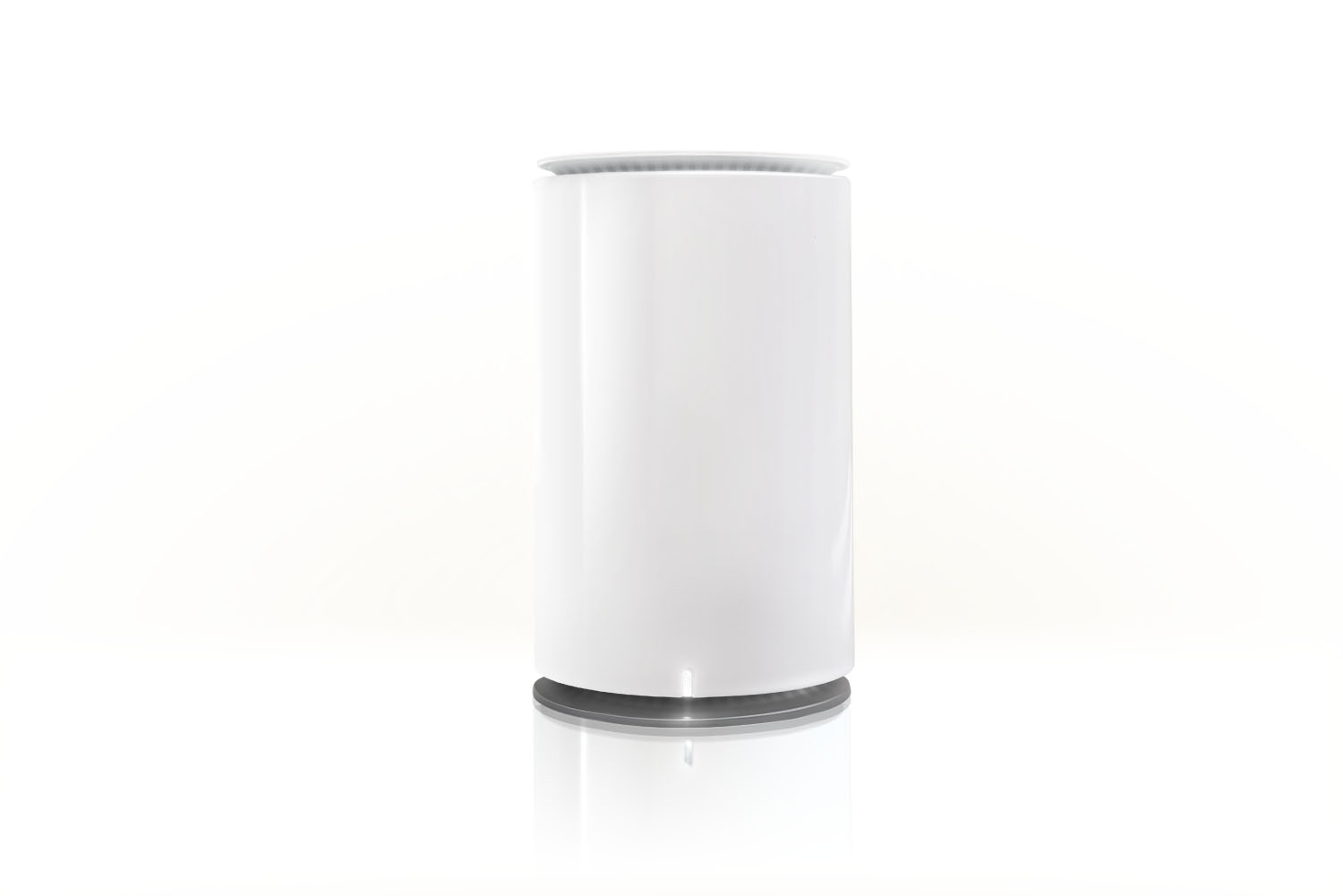 If you’re technical enough, you could always install a home server, but the idea behind the Neobase is to create a product that is easy to set up and use for anybody. “I wanted to build something my mother could use,” Glassco said. “And I wanted to be able to trade files with somebody who didn’t understand Internet security.”

The other option, of course, is using a cloud service (and maybe running your own with something like ownCloud). Glassco argues, however, that whenever you use a cloud service, you have to trust the vendor that your data is really private. The Neobase only pings Neone’s servers to check for updates and to share its IP address with the company so your friends’ Neobase units can reconnect to yours after a networking outage or after your ISP assigns you a new IP address.

The Neobase itself is a small Linux server in a Google OnHub-like cylinder. It runs on an ARM chip with 2GB of RAM and sports a one terabyte drive inside. The device features a USB port for extending the unit’s disk space and other functionality in the future, as well as an ethernet port, and, of course, WiFi.

The interface for the service is about as straightforward as it could be (with a focus on private sharing and communication over Twitter-like message blasts). It’s a pretty stripped-down interface, but that’s exactly what should make it easy to use.

All content on the unit is encrypted, and connections between Neobase units run through secure VPN tunnels. Why do Neobases have to talk to each other? The idea here is to create a decentralized mesh network of Neobase hubs. You can add as many users to your own unit as you want to (though there is obviously a limit to how many users you could realistically host on a single machine). But when you add somebody to your friends’ list who also owns a Neobase, you’ll be able to see the files they share from their own unit, too, for example.

The question is whether there is a real market for this kind of product. Neone isn’t selling it as an easy-to-use NAS server but as a private communications hub that you can use with your family.

While Neone argues that your privacy is at risk when you do so, most people seem to be perfectly happy using cloud services — and while Neone offers mobile apps that can access the Neobase, too, cloud-based mobile social networks have only gained in popularity over the last few years. If you think the Neobase is for you, though, you can now order it for $199 (the price will go up to $249 at some point in the future) from the company’s homepage.