HackerOne, the bug bounty platform, announced today that it has hired Mårten Mickos as CEO. He was formerly an HP executive and CEO at Eucalyptus and MySQL.

It’s been a tumultuous 14 months for Mickos. Last September his company Eucalyptus was acquired by HP and he was named senior vice president and general manager of HP’s cloud business, reporting to directly to CEO Meg Whitman. By last February he was gone, cast aside in the disorganization that is HP’s cloud strategy.

Mickos would not stay unemployed for long. Given his executive experience and background in open source and cloud technologies, the phone started ringing. One call came from a what would seem an unlikely place, HackerOne. 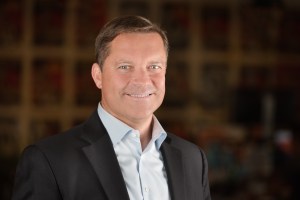 HackerOne is a three-year-old company that helps companies set up bug bounty programs. The idea is to pay (or otherwise reward) white hat hackers to find bugs and vulnerabilities in your products before they result in a bigger issue or lost data.

While Mickos doesn’t have a security background, he was pleasantly surprised when HackerOne called to recruit him, and was drawn to the company for a couple of reasons. He liked the HackerOne mandate and the way the company was going about solving the security problem.

He said some things just aligned for him such as a belief in cross-cooperation to solve problems. He liked the idea of enlisting hackers to do good work. He also liked working on these issues in an open and transparent way, which he believes will ultimately solve more problems than trying to cover up issues (which every piece of software has).

Moving On Up The Road

He wasn’t too keen to talk about his time HP, only saying that it was in the past, he was proud of the work he did there and it was time to move forward. “My eyes are squarely on the future, helping to make the Internet a safer place,” he said.

While he admits he doesn’t have a lot of security knowledge, he feels his background building companies around passionate open source communities has prepared him for a job like this one. Mickos admitted he had some studying to do, but he seemed enthusiastic about absorbing something new at this point in his career.

“I have a lot to learn. This hasn’t been my core knowledge or passion, but I get a kick out of learning new things.” He pointed out that when he took over at MySQL and Eucalyptus there were learning curves there too, so this is something he is used to.

He said his primary value as he comes on board is his experience building organizations and as HackerOne reaches a critical juncture in its growth, that kind of background should come in handy.

He says part of that is experimenting with a bunch of different approaches and seeing what works and tossing what doesn’t. While he says you don’t have to worry about profitability at this stage, you still need a plan to get there and these are all the types of decisions he’s going to be making moving forward.

The company has raised $34 million across two rounds. Backers include a Who’s Who of Silicon Valley investors including Marc Benioff, David Sacks, Drew Houston and Yuri Milner.

HackerOne currently has around 380 customers using the platform including Twitter, Yahoo! and Adobe, and it’s growing quickly with quadruple year over year customer growth. Since its inception, the platform has fixed over 14,000 bugs and paid out almost $5 million to the individuals who found them.

Mickos will be charged with continuing that growth and shepherding the company through the next phases in the startup process.