Gett ride-sharing platform has spent years now trying to gimmick its way into the same competitive ring as Uber. Last summer, Gett offered flat $10 rides anywhere within Manhattan. But today the gloves are coming off.

Rather than undercut their biggest competitor on pricing, the Israel-based company is looking to show users the most integral differentiating quality between Gett and Uber: Surge pricing.

Users who are fed up with Uber or Lyft’s surge fees can submit them to Gett and receive full Gett credit on the price of those surge fees to be used later. Gett rounds up every charge to the nearest $5 increment ($70.64 would become $75) and will pay out up to $100 in credit to essentially cover your added Uber costs and hopefully convert you to a Gett user.

Gett offers a slightly different product from Uber in that it has a bit more focus on the enterprise. Corporate clients can sign up for Gett with a corporate account and set up rides for executives and employees. That said, the consumer market is a large and growing one, and Gett must get creative in its efforts to win marketshare against behemoth Uber. 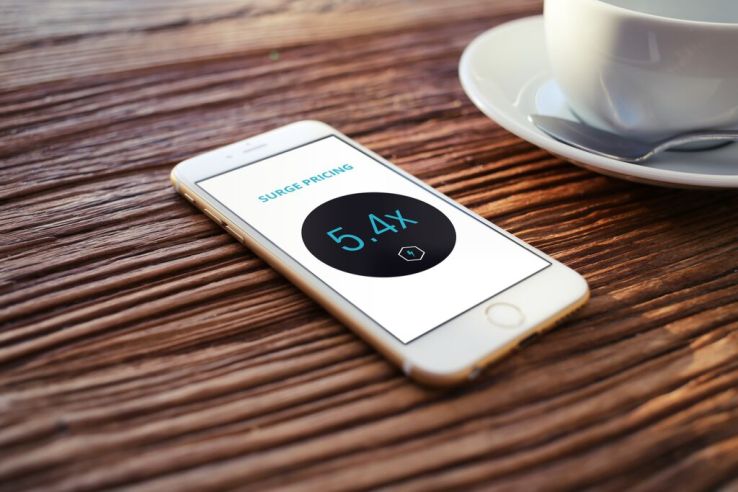 Last summer, Gett promised $10 flat fare rides anywhere in Manhattan. In March of this year, the company cut fares by around 25 percent to more squarely compete with UberX offerings. And it’s not just riders that are being targeted by Gett — the company is on the hunt to scoop up drivers, as well.

In October of last year, Gett offered $500 right off the bat to drivers who switched from Uber to Gett, and also promised sedan drivers a rate of $0.70/minute and SUV drivers $0.85 after sales tax, plus tips. In other words, drivers regularly working 40 hours each week can make up to $110,000 each year.

Gett is also using the same “bus butt” strategy as Uber does in New York, advertising to drivers about how much they can make driving for Gett.

so @Gett is cribbing the "make up to $X" ads on buses from @Uber. they're even the same color/style pic.twitter.com/xF0Surhjhp

Beyond the $100 maximum payout for Surge fees, Gett is also giving $1,000 in credit to the user who submits the highest amount of surge fares in all of New York.

If you want to check out the program for yourself, head over to the Surge Sucks website.