We are busy and lazy, so we forget to send friends the photos we take of them. But Facebook Messenger‘s newest feature Photo Magic scans your newly taken photos with facial recognition, and immediately notifies you with an option to send pics to friends that are in them. The test is rolling out in Australia today on Android and later this week on iOS, before reaching other countries if people enjoy it. Chief Messenger David Marcus says it will be available in the US soon. 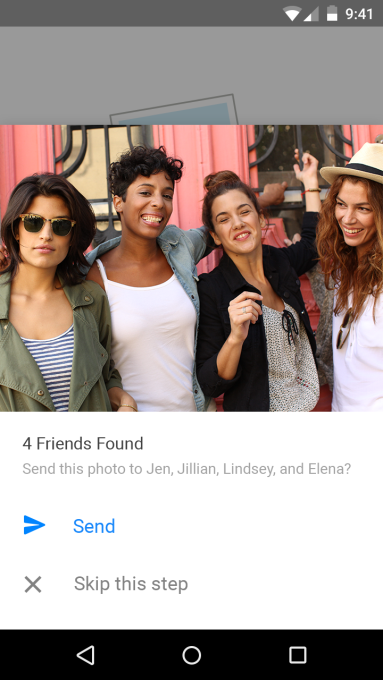 “What we’ve seen is that private sending of photos in Messenger is really popular. About 9.5 billion photos were sent inside Messenger in the last month” Director Of Product Management Peter Martinazzi tells me. “It’s growing even faster than Messenger over all, which is growing really fast.” It’s an especially important use case for Messenger because it directly competes with one of Facebook’s few true rivals in social: Snapchat.

So Facebook used the same facial recognition technology that powers its photo tag suggestions and standalone Moments app to stoke this trend with Photo Magic. If you don’t want to be recognized, you can opt out with the same privacy control to turn off tag suggestions.

But if the tests rolls out more widely and people leave it on, the feature could kick off conversations with a photo. This gives people a rich way to connect while drawing them into Messenger and away from SMS or other chat apps. That in turn drives lock-in for Facebook’s ecosystem, boosting the likelihood that people use its main app where they’ll see News Feed ads.

Selfies, What’s Up, And Friends

Facebook researched the most common types of photos people were sending through Messenger, and they broke down into three main categories:

But it’s that last category that involves Facebook’s arch-nemesis: friction. Because we’re with friends, we’re often distracted and want to keep living the moment. We put off going through the hassle of opening the camera roll, selecting the photo, passing it over to a messaging app, manually selecting the people in the pic as recipients, and sending it.

Martinazzi gripes that this flow meant “I have to pause whatever i’m doing.” Product manager Lexy Franklin says the team asked “How can we make this faster and simpler? What’s magical is what it’s like in the real world.”

When users first see the funny little Photo Magic elves introducing the new feature and turn it on, Facebook gives them a wet onboarding experience to show them how it works.

Facebook will scan back in their camera roll until it finds a photo that includes their friends, and suggest they send it to those people. A preview window with the photo, the recipients, and an option to include an accompanying message appears with buttons to send or cancel. If sent, Photo Magic sends the photo as a Messenger group thread to everyone in the pic.

From then on, Messenger will pop up a push notification within seconds of a user taking a photo that includes their friends. They can send right from the alert, or dig in before deciding to send the photo or ignore the message. Android’s more flexible system architecture means the notifications will always happen instantly. On iOS you might have a few minutes delay if you take a photo of friends but haven’t opened Messenger recently so it’s not running in the background.

Last weekend, Martinazzi himself proved just how bad people are at sharing photos. Him and his roommate decided to cut each other’s hair and take photos along the way, but Martinazzi never got the shots of his mangled locks because his buddy “still had the razor in hand”. Photo Magic would have let his roommate share each photo with one tap and get back to playing barber. 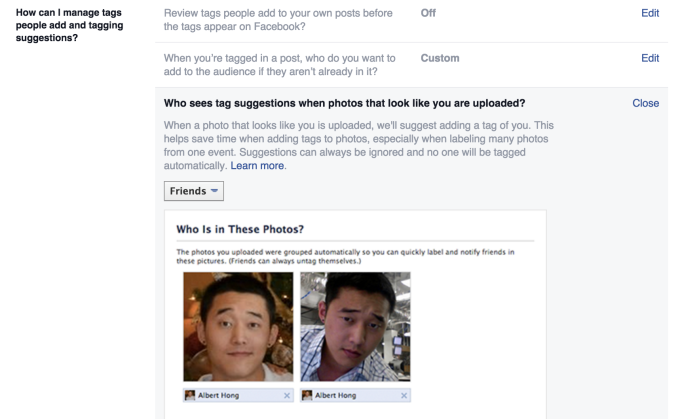 Franklin insists that “we really built the entire Photo Magic experience so you’re in full control.” You can opt out of having your face recognized, or turn the notification off. That’s one benefit of Facebook’s standalone app strategy: it can pull the best features back into its core Facebook and Messenger apps with an idea of how people will want to use them.

Yes, Photo Magic will only save a few seconds at a time. But if you want a staggering gut check about Facebook’s scale, think of it this way. Even if Photo Magic only saves 5 seconds per photo on one third of the photos sent through Messenger, it would save people 500 years of time per month.

Facebook launched its Moments app in June, which scans all your old photos with facial recognition, bundles them up by who is in each, and suggests you send people all the photos you have of them. Photo Magic is more temporal, dealing only with the last photo you took. 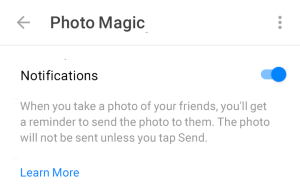 But through Moments, Facebook learned about how private photo sharing should work, and that ensuring no one gets sent the wrong photos is a top priority. It’s a coming of age moment for Messenger and its 700 million users. Once upon a time, when Messenger was considered a supplementary app, Facebook cribbed features from it like Stickers for its main app. But now Messenger is mandatory on mobile, and it’s getting features from Facebook’s farm team of younger standalones.

Photo Magic does have limitations. Many people use burst fire or shoot a stream of photos and send the best ones. Photo Magic will only scan and suggest you send the last one. One worry is that Photo Magic might annoy you with notifications while you’re continuing to shoot photos, but the team says its thinking about how to improve these situations, such as by holding back notifications when appropriate. 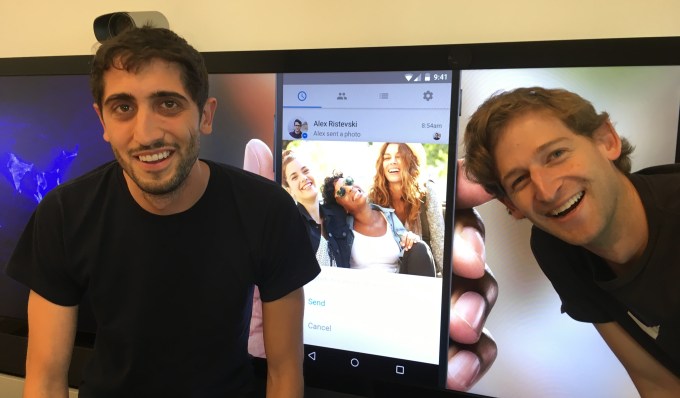 Fast-photo sharing is one thing SMS is terrible at. While Facebook might have competitors in messaging, none are as strong as the old default. Photo Magic makes it clear that people should be communicating with something more modern.

And though Snapchat has become THE visual communication method for a younger generation, and Google Photos makes storage free, Facebook is leaning on its strengths engineering and personal data to fight them off.

Google might know what is in your photos, but it doesn’t know who. Snapchat might be cool, but it can’t tie together names, faces, and social connections. Facebook is using these advantages to make photo sharing less interruptive. And really, what’s cooler than getting back to real life?