Outerwall, the automated kiosk operator that runs Redbox, Coinstar and ecoATM machines, has made a move into e-commerce with the acquisition of Gazelle.com – an online site that buys and sells pre-owned consumer electronics, including smartphones, tablets, desktop and laptop computers. The company announced the deal in its most recent earnings, noting that Outerwall had agreed to buy “certain assets and liabilities” of Gazelle.com for $18 million in cash.

The deal, which will be subject to certain adjustments to account for net inventory at the time of closing, is expected to close during the fourth quarter.

Gazelle .com, as you may already be aware, has become a popular destination for those looking to buy certified pre-owned devices or get cash for their used electronics. Launched online in 2008, the site offers an easy online trade-in service which gives consumers instant quotes for their device, and free shipping. Gazelle helpfully sends a box for you to package your item, to make the process of selling your device even simpler.

The company, in years past, had especially been able to capitalize on the influx of used iPhones that hit the market following the launch of new models. For example, this September, Gazelle promised consumers it would beat the trade-in credit offered by a customer’s wireless carrier when making a cash offer for older iPhone 5s, 6 and 6 Plus iPhones. But now, Apple has entered the same space as Gazelle, with a trade-in program that let consumers bring in Android phones and other non-Apple devices.

Gazelle this fall said it has paid out over $200 million and bought and resold more than 2 million devices to date.

Outerwall, meanwhile, beat Wall Street’s profit target for the second consecutive quarter in Q3, but again missed on sales at the time of the Gazelle acquisition announcement.

Part of the problem is the company’s Redbox business, which has been declining as consumers shift their movie rental viewing to online services, like Netflix and Amazon’s Prime Instant Video. At this point, Outerwall is trying to boost Redbox profits by moving the kiosks around either to areas that don’t have one nearby, or to places that see a lot of consumer traffic.

Redbox, however, accounted for 77.2 percent of Outerwall’s revenue in Q3, with Outerwall’s coin-redemption business Coinstar accounting for 16.7 percent, and the remaining revenue coming from ecoATM, a business Outerwall acquired in 2013 after a prior investment.

EcoATM, which is not yet profitable, has the most overlap with Gazelle, as its business involves self-serve kiosks where consumers can sell used smartphones and other electronics for cash. Outerwall then generates revenue by selling those devices to third parties. It’s also testing a kiosk concept called SAMPLEit, which involves product sampling.

It makes sense then that Outerwall would see Gazelle as a way to potentially expand its cash-for-electronics business by adding an e-commerce arm. 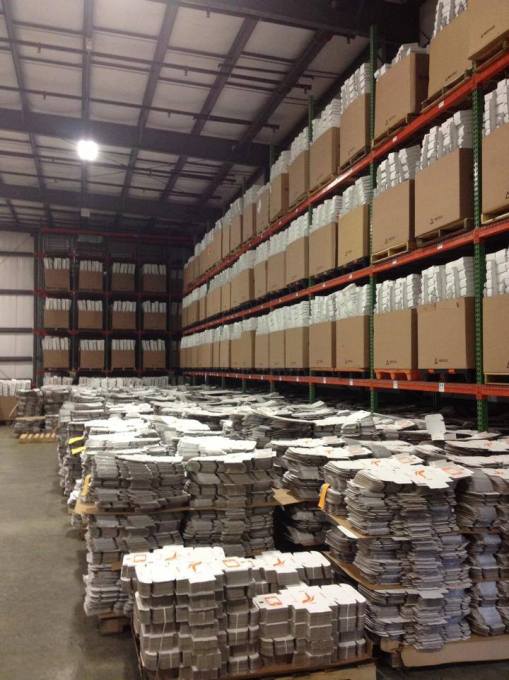 EcoATM brought in $31 million in revenue in Q3 – the highest ever quarterly revenue – but not where Outerwall wants it to be on a per-kiosk basis. With Gazelle’s assets, Outerwall believes it can accelerate ecoATM to profitability.

“We’re excited by the addition and we look forward to updating you on the combination after we close the transaction and integrate the assets,” said Prusch.

He later added that what Outerwall thought was attractive about Gazelle was its direct-to-consumer model, the fact that they would bring in critical mass for Outerwall, and the uplift in margin potential in terms of the ecoATM business.

Gazelle is online and ecoATM is physical with kiosks, the CEO pointed out. “So we think that the combination of these two give us greater breadth in the marketplace, give us greater depth in terms of critical mass,” he said. “Now we’re not going to comment yet on the cash flow profile of the business, but we do think that this is a good acquisition and it is very complementary to what we have.” 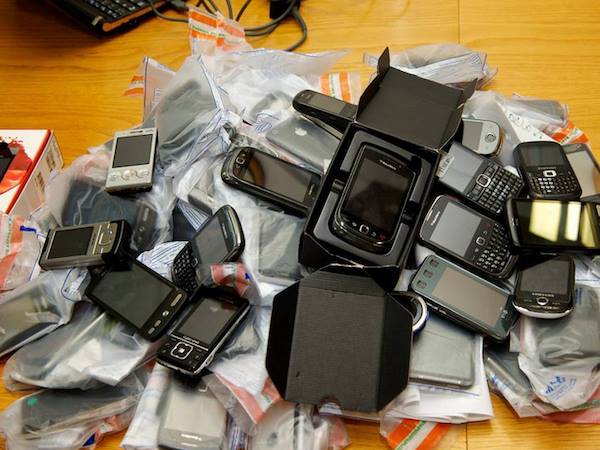 Gazelle, which is headquartered in Boston and has operations facilities in Kentucky, has around 100 employees. The company could not speak details about the acquisition, we’re told, because many implementation details are still being finalized.

Gazelle has raised nearly $56 million from investors including Venrock Associates, RockPort Capital Partners and Physic Ventures, among others, according to CrunchBase. The company had reached $100 million in revenue in 2013, it had earlier reported. Selling for $18 million, then, seems a bit low – an implication that the business had run into troubles growing its sales.

Outerwall, when reached for comment, would only offer the following statement regarding the acquisition:

On October 29, 2015 Outerwall, Inc., announced that the company has entered into a definitive agreement to acquire Gazelle, Inc., the nation’s leading consumer electronics reCommerce company. The acquisition combines the best in automated and online reCommerce, providing greater consumer choice, value and convenience for buying, selling and recycling pre-owned devices. As with any acquisition, many of the implementation details are still being finalized. We have nothing more to share at this time.