Why drive yourself when it might be cheaper to coast to work in the back of an Uber? Today Uber launched the beta of a new flat-fee long-distance uberPOOL option aimed at commuters. It offers pre-priced shared trips into bustling San Francisco from the outlying cities of Palo Alto, Mountain View, and San Jose from 6am to 10am.

For example, the Palo Alto to SF ride this morning was set at $20. The idea is that by showing the riders the cost up front, they can calculate whether it’s a better deal than the cost of driving.

If Uber can make carpooling to work cheaper than the gas plus parking plus stress of commuting, car ownership unravels. The other core use case is adults carting their kids around, so I’d expect Uber to continue to get more serious about addressing that market too. This is Uber’s first state-side commuter-focused product, following the September test launch of UberCommute in China, which lets drivers pick up other passengers on their own way to work. 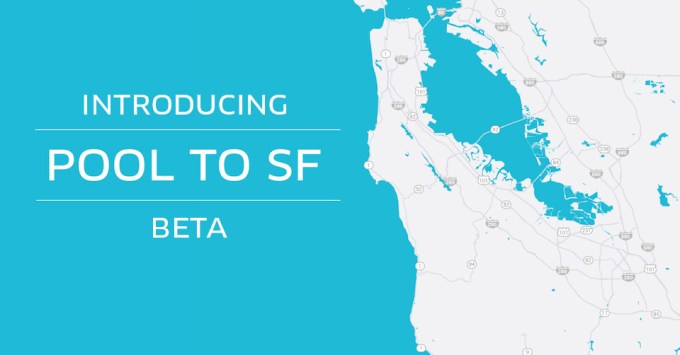 TechCrunch’s Nitish Kulkarni spotted the test this morning offering a ride from Stanford to SF for $20. When asked about it, Uber’s Bay Area General Manager Wayne Ting wrote, “We are piloting uberPOOL as an option from the Peninsula to San Francisco during the morning commute to ease the hassle and expense of driving into the city. With more folks sharing rides, we can make the price point more affordable, help get cars off the road and ease congestion.”

From 6am to 10am, Monday to Friday, Uber users in the eligible areas will see a “Pool To SF” option where they select their ride type. The price will be locked in and shown to the user up front so unexpected traffic won’t jack up the cost. Fares will average $20 from Palo Alto, $22 from Mountain View, and $26 from San Jose. Adding a second passenger only increases the price $10, so you could split a car from Palo Alto to SF for just $15 each. 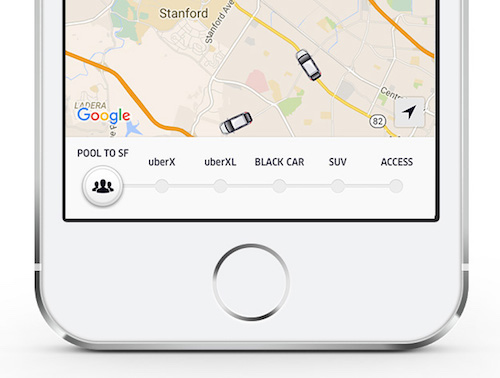 On the driver side, Uber has gotten drivers who often take the route to opt in to accepting these fares. This way you won’t get a driver angrily cancelling on you for making them drive a long trip. If the program is successful, you can imagine Uber rolling the commuter option to other markets like New York or Los Angeles.

The closest thing Uber’s stateside competitor Lyft has done is courting drivers by allowing them to set their own commute’s destination so they can get paid for picking someone up along the way. It’s a predates Uber’s similar UberCommute product. Google’s Waze has tested a shared trip feature for commuters, and startup called Ride is focused on carpooling for co-workers. In China, Uber’s big rival Didi Kuaidi is testing full-sized commuter shuttles running fixed routes. 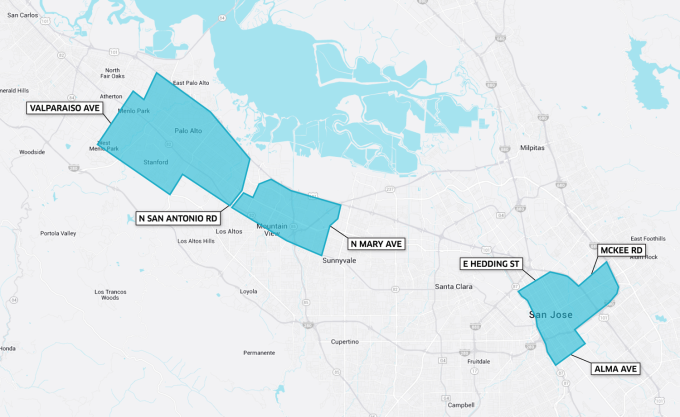 Uber got its start replacing taxis for short trips and making on-demand transportation so affordable that it unlocked movement inside big cities. Negotiations to operate at airports like McCarran in Las Vegas expanded Uber into a last-few-miles solution for travelers.

But now, Uber is aiming to disrupt our longest regular drives. Some people with enough money were already using it to take $80 rides to the office when they were late, needed to work on the way, or were just sick of traffic. But by opening the cheaper uberPOOL for commuters, it could convince a much broader swath of the population to drop their car keys.