HUDWAY is a piece of glass that turns any smartphone into a heads-up display on the front of your car. The device beams information from your phone to a thin layer of curved glass mounted to the front of any dashboard for turn-by-turn navigation and phone messages.

We hear of the poor fool who lost their life because they were texting or looking at their phone while driving all the time. HUDWAY’s display is placed where your eyes actually meet the road instead of pulling your glance down toward your smartphone. The company touts this device as a safer alternative to the common issues with looking at our phones when driving.

Navigation seems to be the primary use case for such a device and it looks pretty useful especially in low-light or low-visibility situations. HUDWAY makers claim one customer even told them HUDWAY saved his life because his eyes were on the road instead of on his smartphone.

HUDWAY will also let you do things like text, tweet and even watch videos while behind the wheel. Though HUDWAY advises users to “make sure you’re properly parked before you start” on that one. 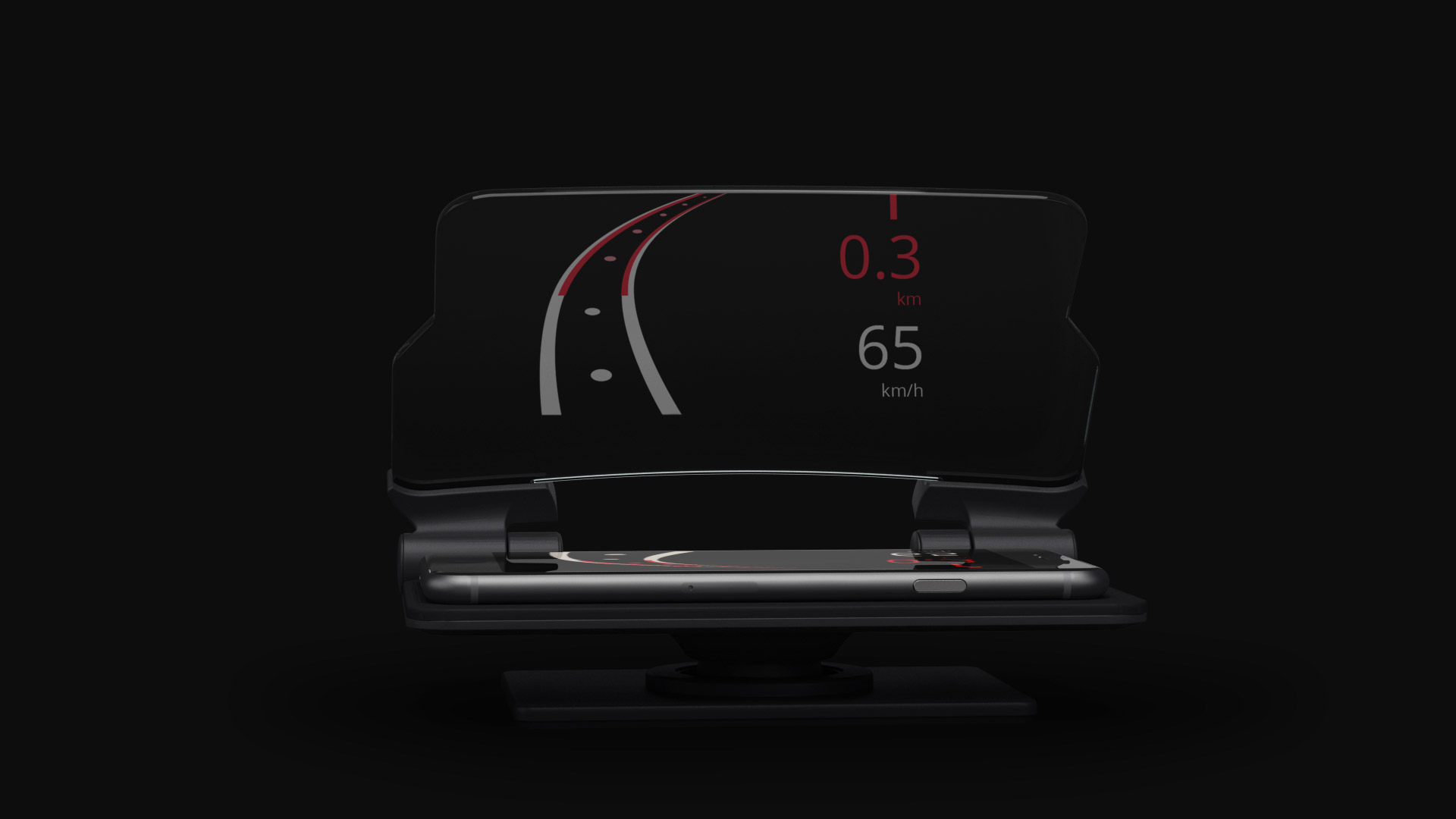 This is not the first company to introduce the heads-up display on your windshield idea. Garmin offers something similar for use with its separately sold StreetPilot product called Navigon. Some vehicles also come with augmented reality navigation as a built-in feature, such as the Chevrolet Stingray or Audi S6 luxury sedan.

All of those options are much more expensive than the $49 USD price for HUDWAY. Navdy is a very similar glass heads-up display device that appears to do pretty much the same thing as HUDWAY, but with a price of $299.

The affordability of the device is a pretty important factor, considering the majority of distracted drivers are under the age of 20 and likely can’t afford fancy GPS navigation systems or sports cars, but are likely to have a smartphone.

The installation also promises to be pretty easy. According to HUDWAY, you just stick the device on your dashboard and use the HUDWAY app. The user programs where they want to go and that information is then beamed to the glass on the display.

Of course, if your dashboard isn’t built for mounting and holding things still while driving, or if you think there might be times you’ll suddenly brake, you’ll probably need to get something to hold the HUDWAY mount in its place. HUDWAY recommends adhesives and adjusting the mount at an angle for curved dashboards.

HUDWAY just launched a Kickstarter campaign for pre-orders of the glass and has raised $387,243 to date, with 8 days left to go.