A familiar face is returning to Twitter. Jessica Verrilli is rejoining the company after a 5ish month partner stint at Google Ventures. Sudden change of heart, perhaps? Her GV bio is still up on the site. Verrilli was key in many facets of the company, especially M&A. Her involvement in bringing the likes of Vine, Periscope and the India-based ZipDial into the nest is much-discussed in Twitter’s inner circles.

Verrilli’s LinkedIn profile doesn’t include an entry for Google Ventures, but does still list her as an “Investment Parter” at the firm. Sometimes things move too fast to update all of your stuff, I’ve learned from experience.

🐥⚡️ Some news: I'm going back to @Twitter! I believe completely in this team. I love this company. And I’m in for the next chapter!

The executives seem to be jazzed by her return, including its CEO:

.@jess @twitter Excited to have you back! Let's get after it‼️ 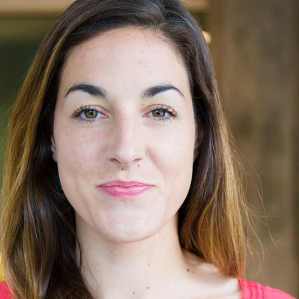 Regarding leaving Google Ventures, Verrilli tweeted: “…thank you. You’ve built an amazing firm. Your understanding says it all.”

Someone coming back is a good sign that the company is on the upswing. Verrilli will be returning as Senior Director of Corp Dev & Strategy. Where does that leave Google Ventures? Not sure, but one could imagine that they have a succession plan in place. The way I understand it, Jack Dorsey’s return helped cement Verrilli’s decision to return to the place where she’s been since 2009.

Dorsey mentioned during Twitter’s latest earnings call that the company was still hiring talent, regardless of its recent streamlining via layoffs. Verrilli definitely counts as hiring talent and she believes in the new leadership:

.@Jack, @AdamBain and @AnthonyNoto are leading by example. The *entire* team is setting a new course the world is only beginning to see.

Managing Partner at GV, David Krane, had this to say regarding the move:

Totally get + respect your founder/co. loyalty! Wishing you our very best as you help drive the future of @twitter! https://t.co/iLTv6vln6e

No harm, no foul?