Microsoft’s “Skype for Business,” the communications service designed to replace the older tool Microsoft Lync, is rolling out publicly to iOS users today, the company announced this morning. The app, now live on the iTunes App Store, was first introduced into “preview” (aka beta testing) earlier this summer on both iOS and Android platforms. Similar to the consumer version of Skype, the app lets you chat using both voice and video, instant message, conference call, and more. But it also includes a number of features aimed at business users, including enhanced security and integrations with Microsoft’s Active Directory, for example.

The Skype for Business iOS app, now that it’s launched to the public, will automatically update the Lync app that was previously installed on users’ iPhones or iPads.

Microsoft also notes that the new version will resolve some of the issues testers had experienced, including a troublesome issue with sign-ins with Lync 2013 on Apple’s latest version of its mobile operating system, iOS 9. 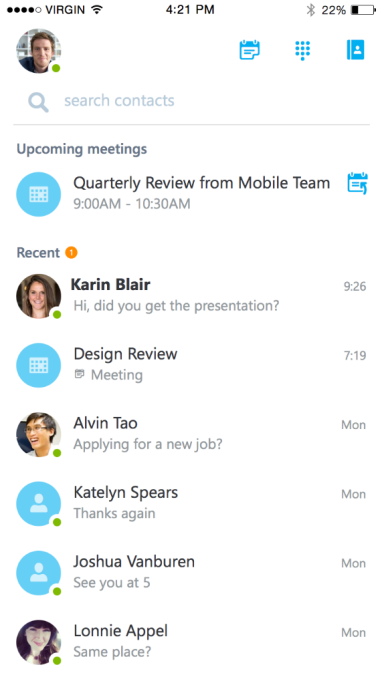 In addition, users will have access to an updated dashboard featuring a search bar for locating contacts, a list of upcoming meetings, and a list of recent conversations. The search bar will allow users to find anyone from their company’s Global Address List by first or last name, email alias or phone numbers, though the app will also allow users to chat with anyone who uses Skype, even if they’re not a company employee. All that’s required is that the other user have a Skype ID.

The app also features a full-screen video calling experience, larger mute button, and the ability to view content being shared and the speaker’s video at the same time. A future release will also include the ability to view PowerPoint slides within a meeting, but currently the only way to do this is via desktop sharing in the app. 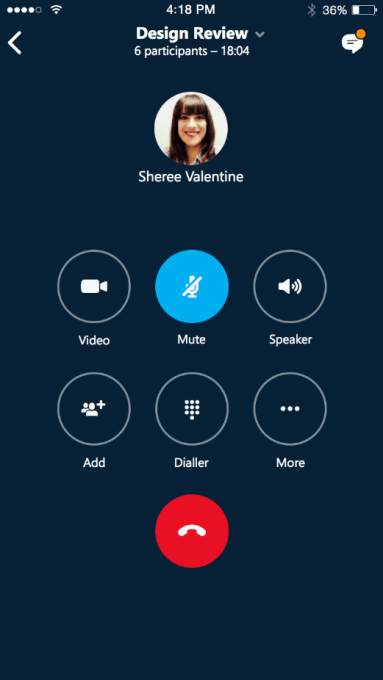 For businesses using Office 365, IT admins can configure multi-factor authentication for the Skype for Business iOS app via Active Directory Authentication Library (ADAL)-based authentication for added security. That means users would be required to respond to a call, text or app notification on their device after entering in their user name and password to sign in. A guide for IT admins that will help users with the transition from Lync to Skype is also now available.

Though the Skype for Business iOS app is now live for all, the Android version is still in testing and won’t be released until later this year. Interested businesses can sign up here for updates on that rollout.

Microsoft’s plans to replace Lync were announced last year, as the company began unifying its products under the “for Business” branding. That brand also includes OneDrive for Business, Microsoft’s cloud storage service.

The software, detailed at Convergence by CEO Satya Nadella, is meant to resemble the consumer-friendly Skype in look-and-feel, but additionally includes enterprise-grade security, compliance and IT control.