Today, Twitter announced it has let go of 8 percent of its workforce, and Wall Street is responding to the news. Its stock is up over 5 percent, signaling that investors also felt that it was time for the social networking company to slim down. 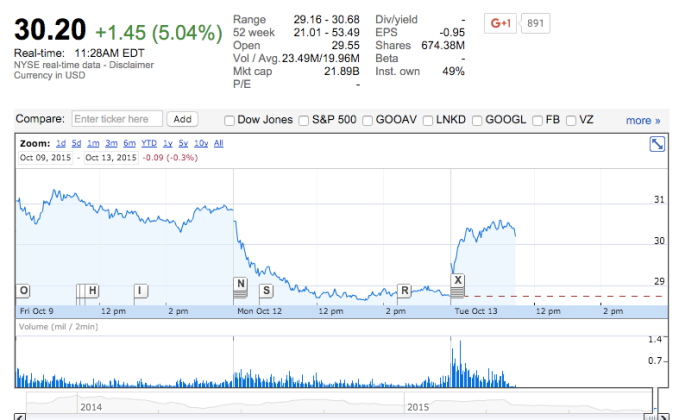 Former members of the flock who were affected are starting to share their stories behind closed doors, but this gentleman who works from home shared his experience publicly. He apparently woke up to the news and was unable to check his corporate email, but not before receiving an eerie GitHub notice:

I've been impacted by $TWTR's layoffs. This is how I found out this morning. pic.twitter.com/MbjFwYLcU2

While we don’t know what the affected parties are being offered as far as severance, the company is said to be offering extremely soft landings. Of course that doesn’t heal the fact that over 300 people woke up to the news that they no longer had a job this morning. Most of the time in corporate land, part of the severance agreement includes not speaking about terms or disparaging the company in any way.

Former Twitter employees have started letting those affected know that there are places for them:

Hi Tweeps being laid off today – many many ex Tweeps are rooting for you and will gladly hire you into our startups :) please reach out!

The psychology of a layoff can push Twitter in a few different ways. On one hand, the rest of the company can see this as a sign of stabilization, taking solace in the fact that they remain with their respective teams for a reason. This might get some of the best work out of Twitter in years.

On the other hand, some could take this as a signal that if things don’t pick up product adoption soon, the 8 percent could be just the tip of the iceberg. This could cause a brain drain, one like we’ve heard has already been happening. Of course, the reality is probably somewhere in between.