Mozilla’s leadership team has seen its fair share of changes recently and today the organization named Katharina Borchert as its new Chief Innovation Officer (a role once held by Mozilla’s current CEO Chris Beard). Borchert will start her new job in January. 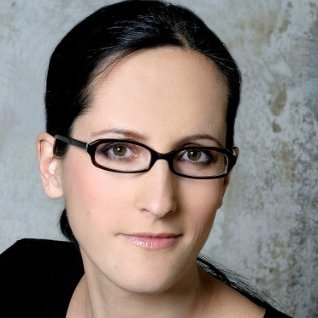 Most recently, Borchert was the CEO of Spiegel Online, the online arm of Germany’s influential Spiegel magazine, as well as a Mozilla board member (since early 2014). She will now transition from the board to a full-time leadership position.

In her new role, she will be responsible for “fostering and further enriching Mozilla’s culture of open innovation and driving our process for identifying new opportunities, prioritizing them, and funding focused explorations across the whole of Mozilla’s global community.”

Mozilla’s previous CIO Todd Simpson left the organization in 2013 and as far as I can see, Mozilla left this position open until today.

Mozilla says Borchert became a “strategic ally” during her time on its board and “a true Mozillian, who cares deeply about the issues of privacy, online safety and transparency that are all critical to the future of a healthy Internet and core to our mission.”

Last week, Mozilla also appointed Ari Jaaksi as its SVP of connected devices, which itself followed the promotions of Denelle Dixon-Thayer to Chief Legal and Business Officer and Mark Mayo to senior vice president for Firefox, as well as the appointment of Jascha Kaykas-Wolff as chief marketing officer.

Borchert joins Mozilla after a time of upheaval inside the organization after the short tenure of Brendan Eich as its CEO. Now — at least from an outside perspective — things seem to have calmed down at Mozilla, though some of the organization’s technical decisions like integrating a chat product and the proprietary bookmarking service Pocket into its browser have drawn quite a bit of ire from its fans (who will often argue that the organization got distracted by its ambitious mobile efforts like Firefox OS).

Hardest decision ever. And I did cry. In public. But I'm allowed to because I'm leaving behind an awesome team. More friends than colleagues