New York-based Glamsquad, a startup in the “Uber for X” category of on-demand businesses, has just raised another $15 million for its mobile beauty service that brings hair stylists, makeup artists or nail techs to wherever you are – home, office or hotel – instead of requiring a trip to the salon. The Series B funding was led by New Enterprise Associates, and included participation from existing investors SoftBank Capital, Lerer Hippeau Ventures, Montage Ventures and AOL’s BBG Ventures.

The company, currently headed by Gilt Groupe co-founder Alexandra Wilkis Wilson who joined in 2014 as co-founder and CEO, had previously raised $7 million in Series A funding in a round led by SoftBank Capital. To date, the company has raised $24 million.

As more consumers grew comfortable with the idea of placing orders through their smartphones for everything from taxis and black cars to groceries, gifts and – of course – lunch, a number of other companies began testing the waters to see if higher-end, luxury services can also scale in a similar fashion. Alongside Glamsquad, there are a good handful of competitors in this beauty-on-demand space, including hair color-at-your-door biz Madison Reed, Stylisted, Priv, and others.

Glamsquad’s additional funding comes at time when the company says it has now booked over 75,000 customer appointments through its service that’s now operating in New York, Miami, and L.A. That’s up from the 10,000 services and events it had booked just a year ago, when it closed on its Series A. The company also tells us that it’s servicing thousands of clients on a weekly basis in its current markets, and is planning to use the new capital, in part, to fuel expansions into Washington D.C., Chicago, Dallas and elsewhere. 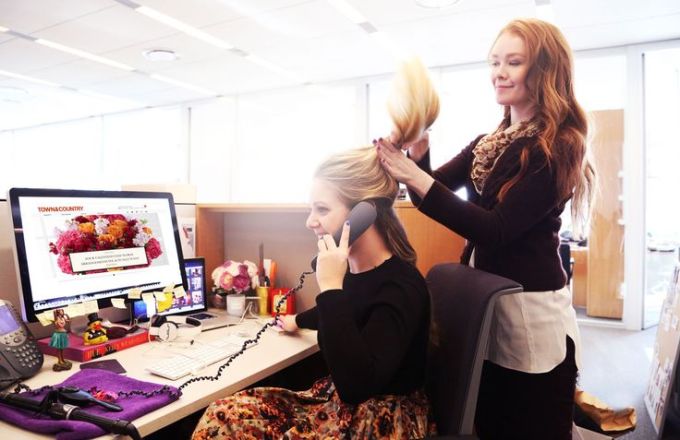 Glamsquad relies on a large group of pros (contractors) who tend to book jobs in their spare time for extra income. Over 300 pros work with Glamsquad today, and the company guarantees them a 20 percent tip on their services. However, some in the industry have complained that the company is undercutting freelancers’ rates in order to grow its business. Meanwhile, Glamsquad touts that its pros can make up to 1.5 to 2 times what they could make in a salon.

For now, Glamsquad generates revenue by taking a percentage of sales – 40%, not including tip. But now the company is planning to open up a new arm to its business. Beyond selling professional services, it will explore selling its own Glamsquad-branded products along with other e-commerce opportunities. The company is also planning to increase its bridal services.

While the company is not disclosing revenues specifically, the CEO cites its growth as factor in the new funding.

“This financing is the result of continued, record-setting growth,” said Wilson. “Each week, we hit new appointment count and revenue records. We have quintupled our run-rate revenue from just one year ago…,” she noted.