Black students are earning four percent of computer science Bachelor degrees but make up less than two percent of the tech industry, according to the Computer Research Association and company reports. Makinde Adeagbo, an engineer at Pinterest, has founded a non-profit organization, /dev/color, in order to provide Black engineers with the connections and skills to start their careers and stay in tech.

Adeagbo went to MIT and had internships with Microsoft and Apple during his undergraduate career. His first job out of college was at Facebook in 2007. “Facebook had a lot of young people so I fell right into the theme there but there was some isolation. Luckily because I went to MIT and from my internships I knew a few Black people in the area” says Adeagbo. 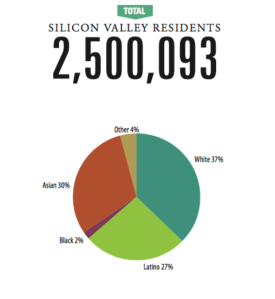 Not every Black engineer who moves to Silicon Valley will know other Black people in the area like Adeagbo did. According to Next10.org, the Black population in Silicon Valley is only two percent and pairing that with tech industry data, it shows how coming to Silicon Valley to work in tech could be a lonely experience for a Black engineer. /dev/color hopes to make that experience better through mentorship and community events. “Having a mentor there to reassure you that you can do this, is something that I wish I had in my earlier jobs. /dev/color will be providing that mentorship for members involved” says Adeagbo.

The organization will first reach local engineers, Adeagbo says “one of our belief systems is that mentoring will work really well when you can go see them in person so we’re starting in the Bay Area with students from surrounding schools and engineers from Bay Area companies. Then we’ll look to expand into other cities where they can have their own local chapters”.

/dev/color is not only for students, they are also planning to help Black engineers in their early careers and those already in the industry. Ashley Nelson-Hornstein, an engineer at Dropbox and charter member of /dev/color, says

“The most important role /dev/color serves is to foster a community of Black engineers that can connect with each other. We all share experiences that our majority tech co-workers can’t relate to, like the discomfort of going to work and being the only female or male Black engineer at a company. /dev/color will provide a forum to talk with people that understand and allow us to relax from the daily stress of being a marginalized tech worker. In general, there is some effort being made to recruit Blacks into tech companies, but little being done to mentor and grow them once they arrive. I’m hoping that over time /dev/color will be one of many avenues that helps to fill that gap”.

/dev/color has already started some of its programs, this past summer they held two fireside chats, one with Ken Coleman, tech pioneer and special advisor to Andreessen Horowitz, and the other with Mike Schroepfer, Facebook CTO. “After the session with Ken Coleman, one of the members said that he had never gotten career advice from a Black professional more senior than himself” says Adeagbo. /dev/color is providing opportunity and access for Black engineers that many have never had before. 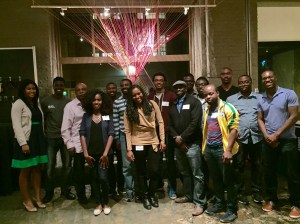 Adeagbo hopes to eventually reach every Black software engineer in the country. He says “We want to reach every Black engineer who wants to commit to making themselves better and also helping someone behind them become better. In five years time we’d love for our members to say they would have never accomplished what they did if it had not been for /dev/color and the support, connections and resources it provided them”.