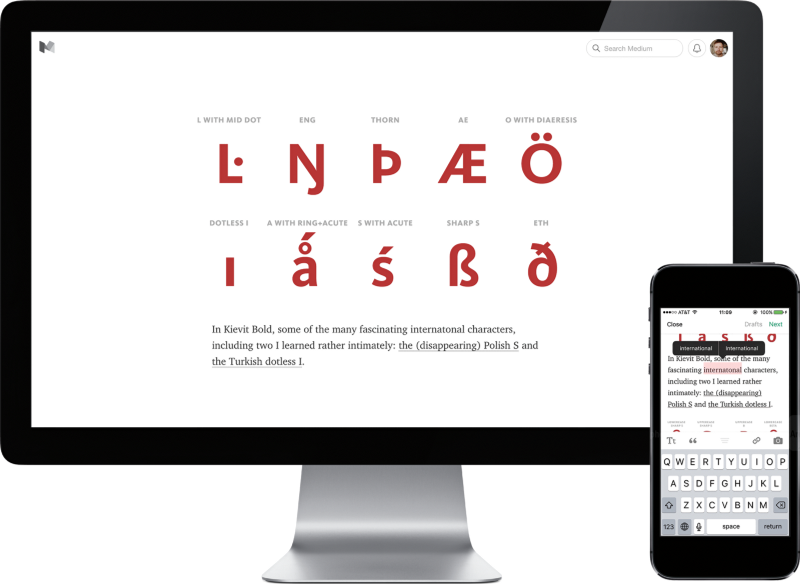 The API, which is currently free, is part of Medium’s plan to transform itself from a writing tool/blogging platform and into a publishing network by letting writers use other editing tools and crosspost articles.Medium says it is currently working on revenue models (specifically native advertising and paid content) to let writers and publishers earn money from content published or crossposted on the site.

The API has already been integrated into a WordPress plugin, apps Byword, iA Writer, and Ulysses, as well Medium’s new IFTTT channel.

For writers, the most interesting new editing tools are probably @ mentions, which links to the Medium profiles of other users mentioned in the post and alerts, and a streamlined commenting system to make it easier for readers to send private notes about things like typos instead of cluttering up the public responses section.

Medium also launched automatic syncing, so edits made to a draft are instantly saved across its website and mobile apps, and alerts if an TK (a journalism placeholder that is shorthand for [insert more information here]) is left in a draft. 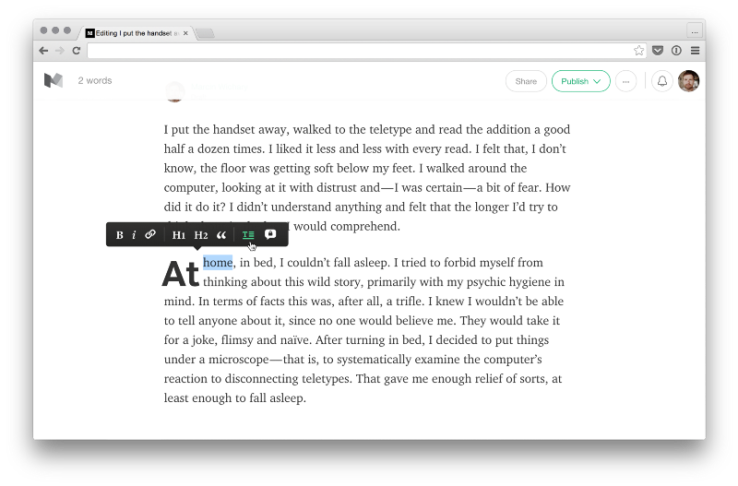 On the design side, Medium’s editor now lets users add drop caps by highlighting the first letter or word in a post. As anyone who has ever worked on newspaper or magazine layouts know, drop caps are the quickest way to make an article look professional, even though starting with an enlarged capital letter adds very little to the readability of online text.

Medium’s design sets it apart from other online publishing platforms, however, and making it faster to add flourishes like drop caps may help it as new competitors (like Facebook’s revamped notes) spring up. Other new aesthetic elements include a font and headline formatting to make posts easier to read on mobile devices.

Other new announcements include an updated iOS and Android apps with new discovery features, following tags, which lets readers subscribe to posts on specific topic, and a new logo.