Lumo, makers of the Lumo Lift posture correcting device, have released something to help runners create better form, too.

Called Lumo Run, it’s a wearables system consisting of Lumo “smart garments” – shorts for men and capris for women – and a device that fits inside the pocket of these garments that gives real-time feedback on an app to show the runner how they are performing with every strike of the heel. 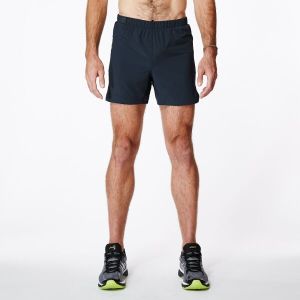 Good form can not only increase a runner’s speed and distance, but it can also prevent injuries that could limit a runner’s ability to hit the pavement.

The Lumo Run embeds sensors and conductive thread into the waistband of the Lumo shorts or capris to detect a joggers biometrics, posture, and mileage and assist in real-time coaching. Using Lumo’s specialized algorithms, the device uses all that information to track and give feedback while on the jog so a runner can see how they are performing and make a correction in the moment.

There are plenty of apps out there to show a runner how far and how fast they’ve gone, but not much is available for runners who want to improve form and prevent injuries. Athos comes close as a wearable fitness startup in Silicon Valley with similar capris and shorts that can detect muscle strength and movement while you workout, but it’s not specifically for running. 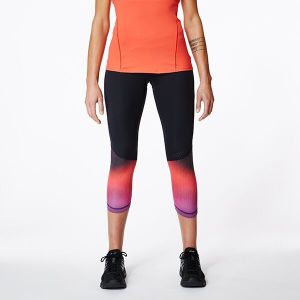 Will we always need to purchase the pants to get the benefits? Nike offered a similar device called the Nike+ that fit in specially made Nike brand shoes. It came with a bracelet instead of an app at the beginning but can now be found on smartphones everywhere. While the device initially needed to stay snug inside a pocket in the sole of the shoe, consumers eventually came up with accessories that would allow them to use the device on their own shoes instead of needing to purchase Nike’s proprietary shoe to make it work.

Lumo’s CEO Monisha Perkash emphasized the need to get the garments. “Having it placed on our waistband helps the sensor to be placed correctly and also be more stable,” she said. “And so the readings that you get are far more accurate.”

I met up with Perkash to learn more about how the company is extending its posture technology to running. Check out the video above to get a better sense of how it works and what the pants look like in motion.